Protesters sue Austin police officers, City of Austin over use of force during Black Lives Matter protests in May

One of the suits alleges an APD officer shot the man with a less-lethal round while he was following police commands to disperse from I-35. 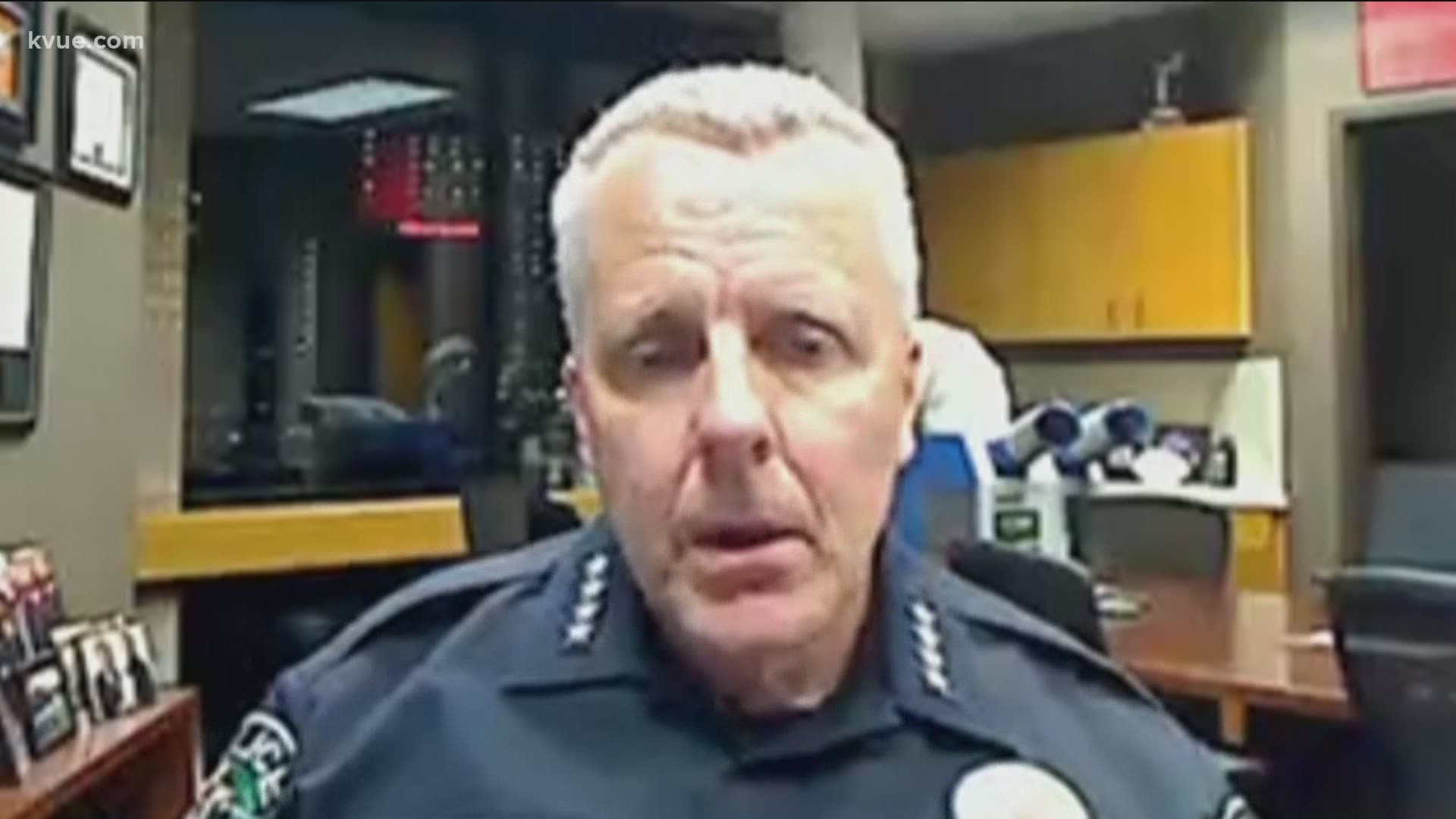 AUSTIN, Texas — Another two people who participated in the Black Lives Matter protests in May have filed lawsuits against Austin police officers and the City of Austin.

The first lawsuit alleges an unidentified Austin police officer shot Sam Kirsch in the face with what APD called "less-lethal rounds" while Kirsch was peacefully protesting on Interstate 35. The suit alleges this unnamed officer shot Kirsch while he was following police commands to disperse and after Kirsch had stopped protesting and had already left the highway.

The lawsuit also claims the City mishandled the situation by "failing to investigate or attempt to deter further misconduct by Officer Doe and other police." The suit said Kirsch spoke about the events from May 31 at a June 4 city council meeting, where Police Chief Brian Manley and assistant chiefs were reportedly in attendance. According to the lawsuit, the APD denied knowing anything about Kirsch or his injury on July 2.

Finally, the suit alleges the City caused severe injuries in the usage of these less-lethal rounds after allowing the stockpile to expire – which the suit said caused the rounds to harden – and armed the police with the rounds for the demonstrations.

A second lawsuit filed on Tuesday against the City of Austin and an unidentified Austin officer alleges the officer used a shotgun to fire a beanbag full of shotgun pellets at Steven Arawn, who was providing first aid to an injured protester on May 30.

Arawn's attorney, Jeff Edwards, said Arawn was serving as a "street medic" outside APD headquarters. The suit claims APD officers began firing beanbag shotgun rounds at demonstrators who were peacefully assembled on a hill alongside I-35 around 5 p.m. It said Arawn knelt down to help another person who had been hit when the officer fired a round that struck Arawn's hand, seriously injuring him.

"Shooting an innocent person who is only trying to help another injured person is the definition of excessive force," said Edwards. "Mr. Arawn went downtown that day to help people exercise their First Amendment rights. That the police would use brutal force on peaceful demonstrators like Mr. Arawn during a protest against police brutality is beyond the pale. That APD leadership would defend it shows that APD is in drastic need of fundamental reform. APD leadership knew that the shotgun rounds could cause devastating injuries yet they continued to have officers fire them at numerous people protesting. This type of misjudgment is as dangerous as it gets."

Several protesters were injured during the first weekend of protests from May 30 to May 31, including a 20-year-old man who was mistakenly hit in the head by a beanbag round. Another injured protester recently filed a lawsuit against the department.

After the protests, Austin Police Chief Brian Manley said the use of beanbags for crowd control has been discontinued at the department.

KVUE has reached out to the City of Austin and the Austin Police Department for comment.

Has Austin seen more homicides in 2020 than in the past 20 years?