Programs included in the proposed reallocation include APD's forensics lab, the 911 dispatch center, internal affairs and the Special Investigations Unit. 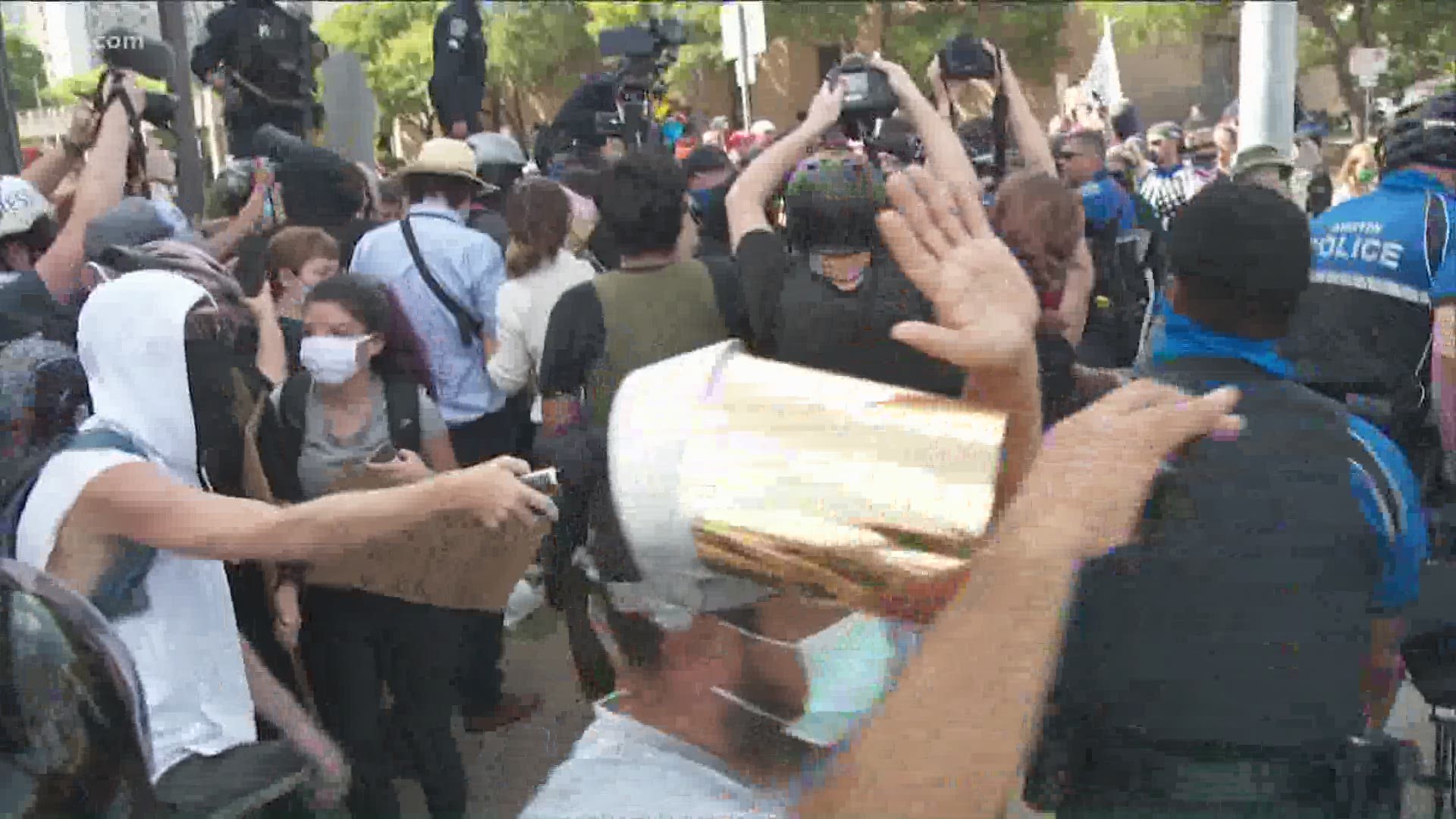 AUSTIN, Texas — In a memo from Assistant City Manager Rey Arellano to the mayor and city council, Arellano laid out a timeline for the proposed reallocation of programs and services currently assigned to the Austin Police Department (APD).

Programs included in the proposed reallocation include APD's forensics lab, the 911 dispatch center, the internal affairs department and the "special investigations unit."

As proposed in the memo, the City of Austin could move six programs from the police department's jurisdiction starting in the first quarter of the 2020-21 budget. Those six programs include:

Furthermore, these remaining six programs have the following timeline for their proposed reallocation:

Aside from those 12 programs, the City memo also mentions seven other areas that may be removed with advisement from the community:

These seven programs are labeled under "City/County Reimagining Review," which the City memo states needs community involvement to determine how the service might be best done to meet Austin's public safety needs.

The memo stated that the timeline is evolving, so the timing of the proposed reallocations could change.