We now know what led up to the shooting that hurt more than a dozen and killed one person. 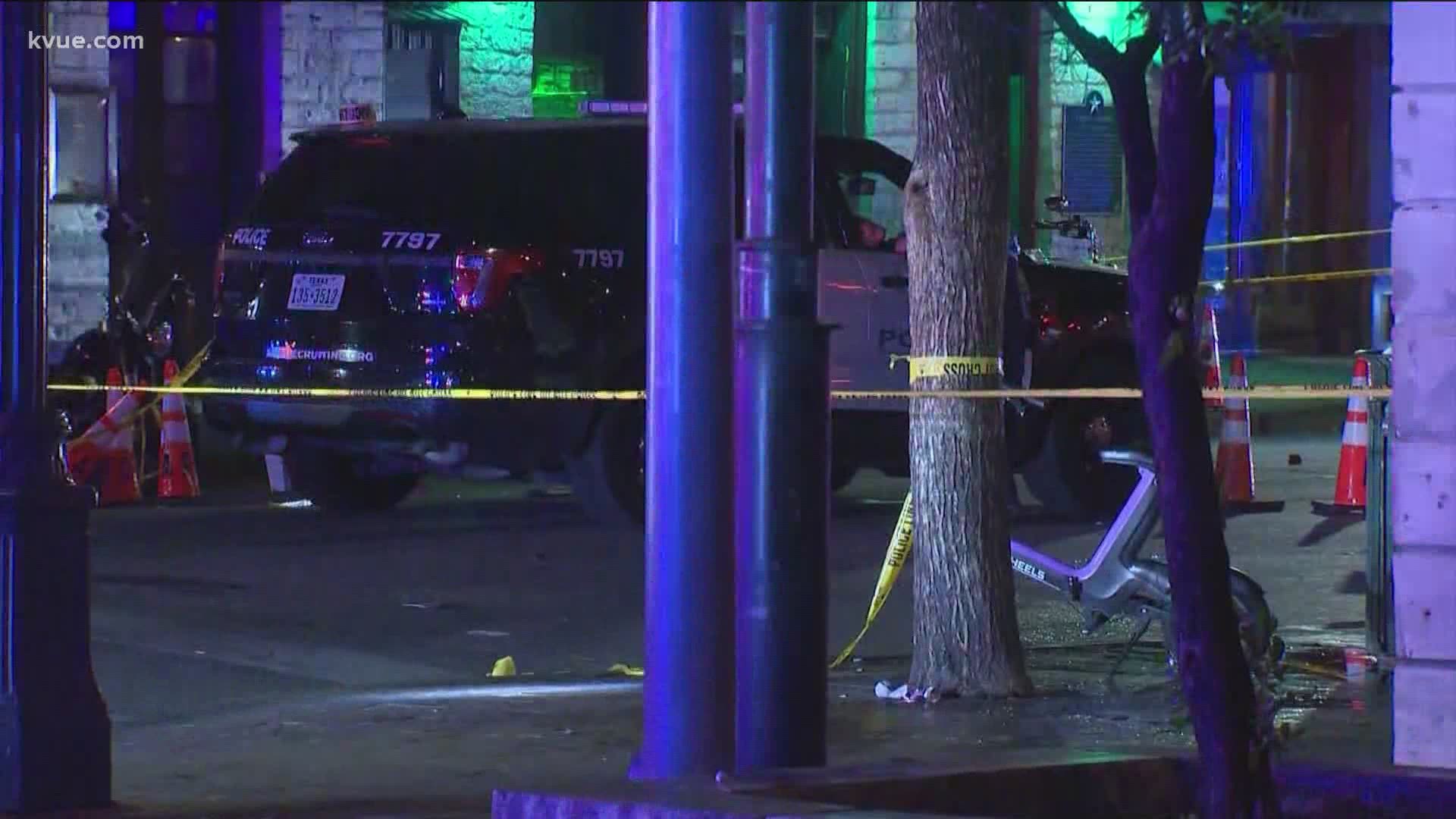 A fight between two groups of people on Sixth Street in Downtown Austin led to a mass shooting that hurt more than a dozen people and ended up killing one tourist from New York, according to an affidavit obtained by KVUE.

According to the affidavit obtained by KVUE and Austin American-Statesman's Tony Plohetski, it all started when two groups of people who knew each other from Killeen saw each other in the entertainment district.

According to Austin's police chief and an affidavit, the two groups were outside a bar in the 400 block of E. Sixth St.

When a juvenile saw a person from the other group walking by, the juvenile told police that he said, "What y'all wanna do? Y'all wanna fight?"

"It's whatever," one of the juveniles responded, according to the affidavit.

Multiple people pulled out their guns.

Authorities have dropped charges against a 17-year-old and a juvenile, and have identified a different, "primary" suspect.

Austin police identified the man killed as 25-year-old Douglas John Kantor, and Plohetski confirmed Kantor was visiting Austin from New York. One person hit by a bullet in the shooting may be permanently paralyzed, her family said.

Fauci: US to spend $3.2B for antiviral pills for COVID-19