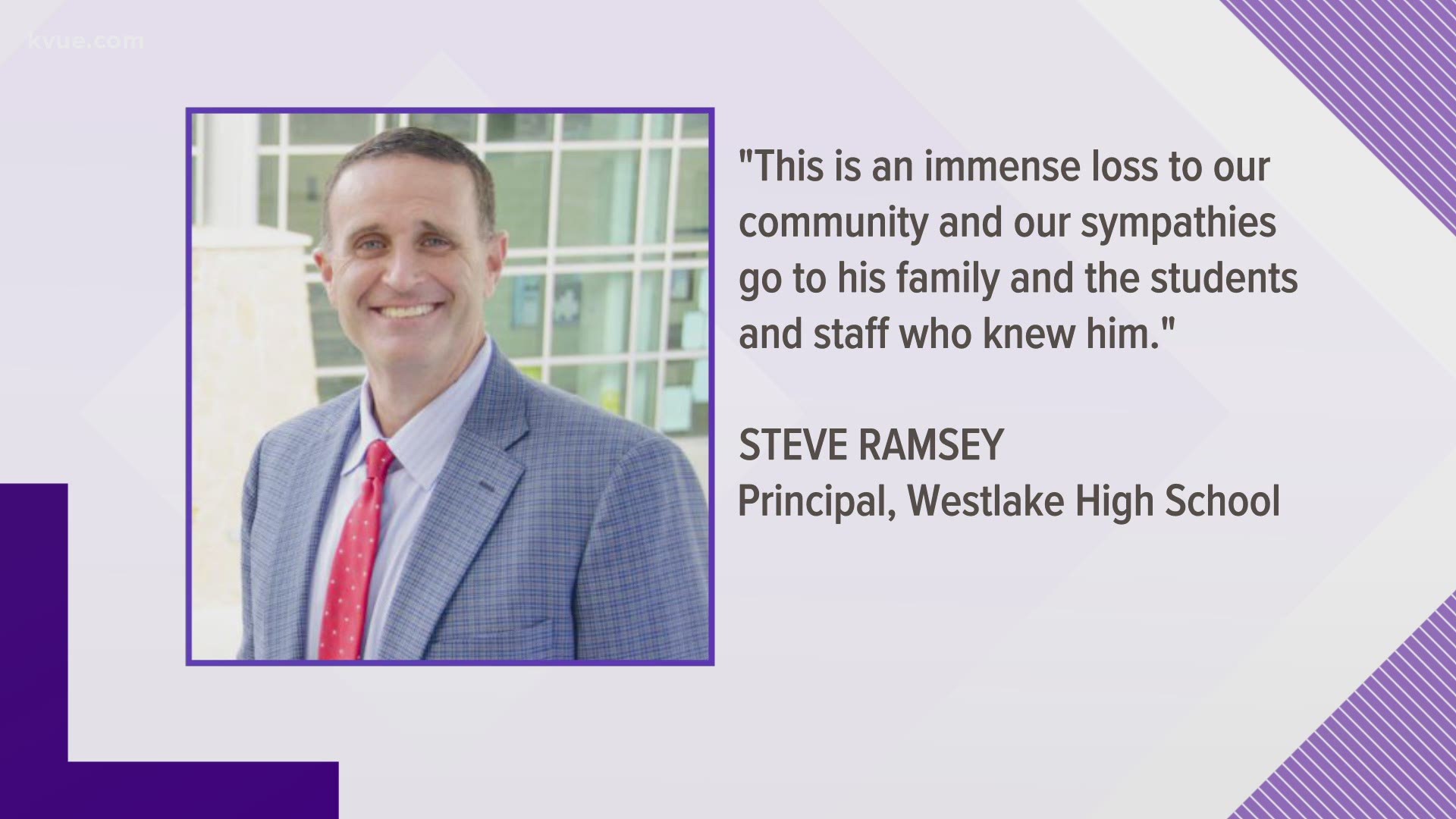 AUSTIN, Texas — Editor's note: There were two fatal crashes on this same day and following an incorrect Statesman report, KVUE also identified the victim of the other accident as the as victim in this crash.

One person has died in a rollover crash on Wednesday morning in West Austin, according to officials.

Austin-Travis County EMS (ATCEMS) said the crash happened at RM 2244 and River Hills Road. The Travis County Sheriff's Office said one westbound lane of traffic was closed due to the crash.

Eanes ISD officials confirmed to KVUE that the person killed in the crash was 2019 Westlake football player Jackson Coker.

According to the Austin American-Statesman, Coker was playing college football for Columbia University but was home because of the COVID-19 pandemic.

"Jackson was a brilliant student who was attending Columbia University," said Westlake High School Principal Steve Ramsey. "Jackson excelled in our Business Incubator program, was a member of the C Society and starred in athletics. After visiting with Jackson’s teachers and coaches this morning, the strength and power of his relationships was evident and felt. This is an immense loss to our community and our sympathies go to his family and the students and staff who knew him."

"Jackson Coker was the absolute heart and soul of our 2019 State Championship team," said Todd Dodge, athletic director and Westlake High School head football coach. "We are all just devastated over this tragedy and our hearts go out to the Coker family. As we are all reflecting on Jackson’s time with us, we unanimously agree that if you were to choose a Mr. Chaparral, it would be #16, Jackson Coker. May you rest in peace, our friend and teammate. We know you are in heaven and will always be with us."

A memorial at Westlake for Jackson Coker.

Jackson Coker touched so many lives.

The tributes to him outside the Westlake football stadium are all the proof you need.

ATCEMS said there was only one vehicle involved in the crash, and added that the victim was ejected and died at the scene.

Officials said to avoid the area if you can and expect traffic delays.

#TravisCoTrafficFatality FINAL Rollover Collision at Fm 2244 Rd / River Hills Rd: #ATCEMSMedics have obtained a Deceased on Scene Pronouncement of an adult patient. Expect extended #ATXTraffic delays in the area & avoid if possible. No other information available.

One year later: How life has changed since the COVID-19 pandemic