60% of Austin bars listening to rules; city officials give warning to those that are not

In the city council meeting on Tuesday morning, Austin's top doctor said officials did a spot check over the weekend to see which businesses were compliant. 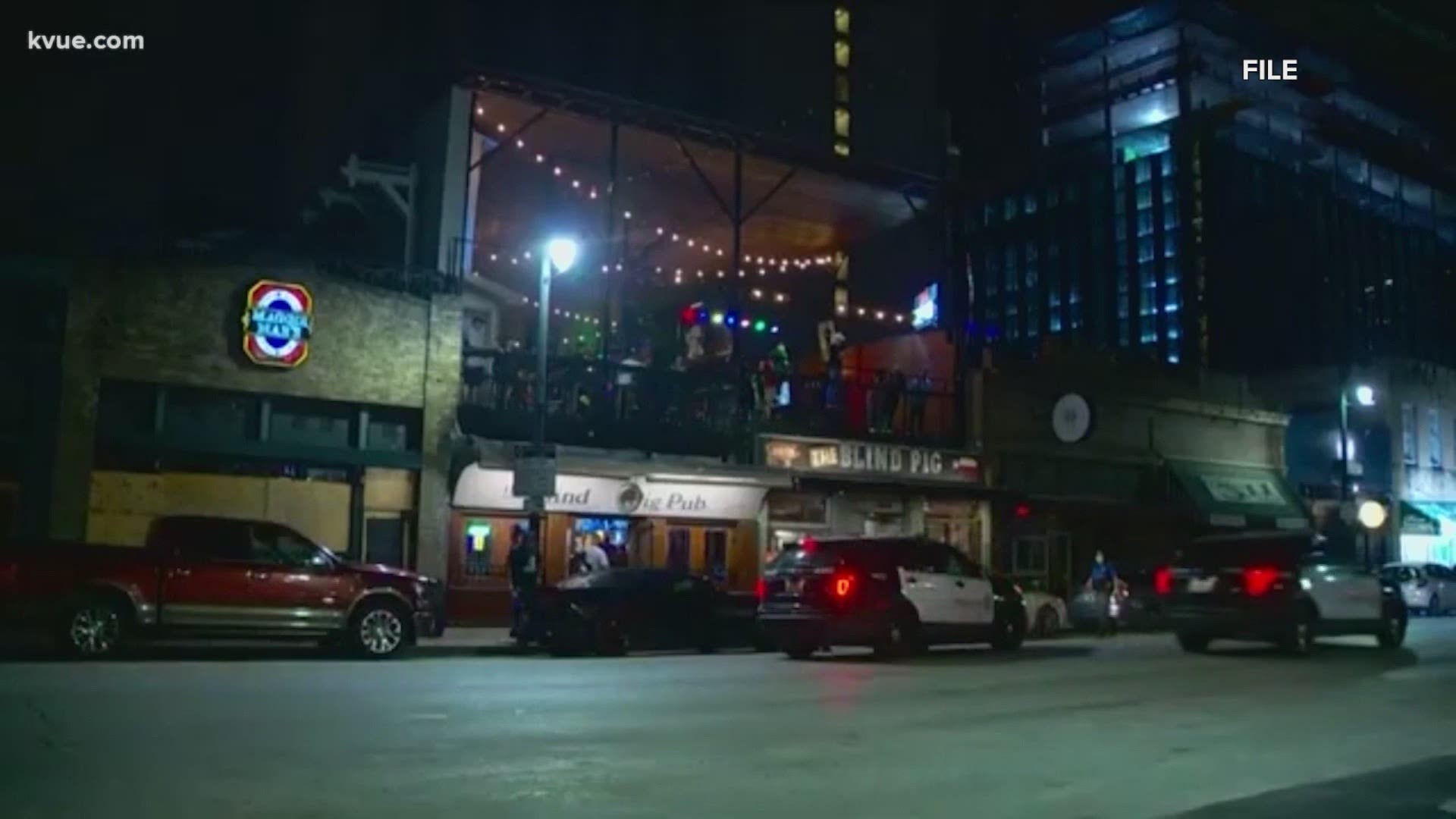 AUSTIN, Texas — Since the beginning of the pandemic, hundreds of Austin bars have transformed into restaurants just to stay in business, but not all of them are following the rules.

In a city council meeting on Tuesday morning, leaders warned it could result in consequences.

"I want to be very clear to restaurants and former bars now acting like restaurants. If they do not clean things up, we will take further action including closing," said Dr. Mark Escott, Travis County's Health Authority during the meeting.

Over the weekend, city officials conducted a spot check on these transformed businesses, of which, 60% were compliant with the rules, according to Escott.

Escott said the city received complaints that some bars allowed dancing and close contact. Some locations also did not enforce wearing masks indoors.

Technically, bars are not allowed to be open in Travis County. Gov. Greg Abbott gave each county judge in the state the authority to make the decision to open but Travis County has not gotten the greenlight.

However, a loophole allows bars to stay open if they operate as restaurants. This means the business must serve food and make alcohol sales less than half its total revenue.

RELATED: Texas shut down bars to slow the spread of coronavirus, but allowed thousands to open through a restaurant loophole

More than 260 businesses in the Austin area operate in this manner, according to the Texas Alcoholic Beverage Commission.

During Tuesday's meeting, Escott made it clear, officials want to get to a point where all businesses can open again, but that is not going to be easy if some do not comply.

"We simply cannot tolerate bad behavior at a time when we are really struggling to keep businesses open. We want businesses to be open," Escott said.

The deadline for Gov. Abbott to spend the remaining $3 billion in COVID-19 relief funds Texas has from the CARES Act is the end of December.

As the council discussed bar operations in the meeting, City Councilman Greg Casar urged Abbott to consider putting more of the funds toward supporting local businesses.

On Thursday, City Council is set to vote on a measure that would provide funding to support childcare businesses, live-music venues, arts venues, restaurants and bars.

Some lawmakers have high hopes, but will the Texas Legislature approve marijuana legalization in 2021?