The group of students traveled to Roatán, Honduras, for a mission trip. 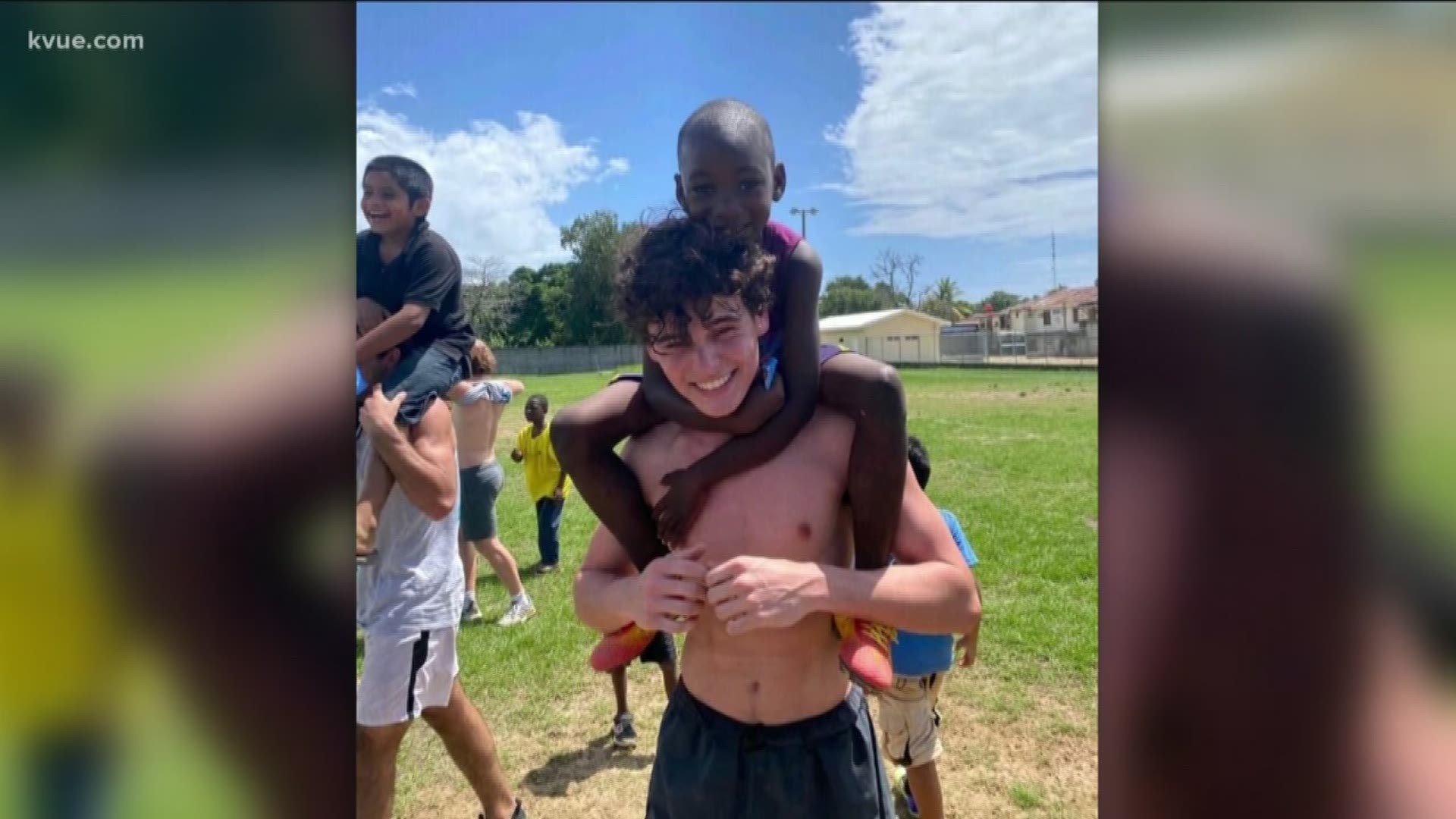 AUSTIN, Texas — The office of U.S. Congressman Roger Williams (R-Texas) told KVUE on March 23 that 16 Austin teenagers are on their way home after being stuck in Honduras.

The group of students traveled to Roatán, Honduras, for a mission trip.

“They provide them with clean soccer balls, soccer jerseys,” one of their parents, James Snodgrass, said. “They also do some camps where they teach the kids volleyball, football, soccer, and really just spend time with them. You know, these are obviously disadvantaged kids. So it's our way of giving back to that community.”

But the trip took quite a turn on Sunday, March 15, when the Honduran government announced the border would be closing for at least one week as the coronavirus pandemic grew.

The group, part of My Player 2 Player, was supposed to fly home on March 18, but their United Airlines flight was canceled.

“When he implemented the directives that all the borders were going to be closed and all of the air travel was going to be shut down, there was about one to two hours’ notice on last Sunday night. So that didn't give anyone any time to be able to get out of there,” Snodgrass said.

Snodgrass worked with Congressman Williams, the U.S. State Department and the U.S. Embassy in Honduras to help facilitate their return.

Back on land: Florida family once stuck on a cruise ship without passports, a sick child

“I have talked to several people in the U.S. embassy there, and they're doing everything that they can to ensure the safety of the kids,” Snodgrass said.

“Congressman Williams has been working with his constituents and pouring every resource possible into reuniting this group of kids back with their families. The office will continue exhausting all available measures until these Texans are home safe.”

Currently, they are scheduled to return to Austin on a United Airlines flight on Monday, but it’s still not clear that the border will reopen.

“As far as our expectations go, that flight will leave,” Snodgrass said. “Fingers crossed. Keep the prayers going.”

'Fly high, straight to the arms of God' Dolly Parton speaks on death of Kenny Rogers