Officials responded to a barricaded subject at 1515 Wickersham Lane on Tuesday afternoon. 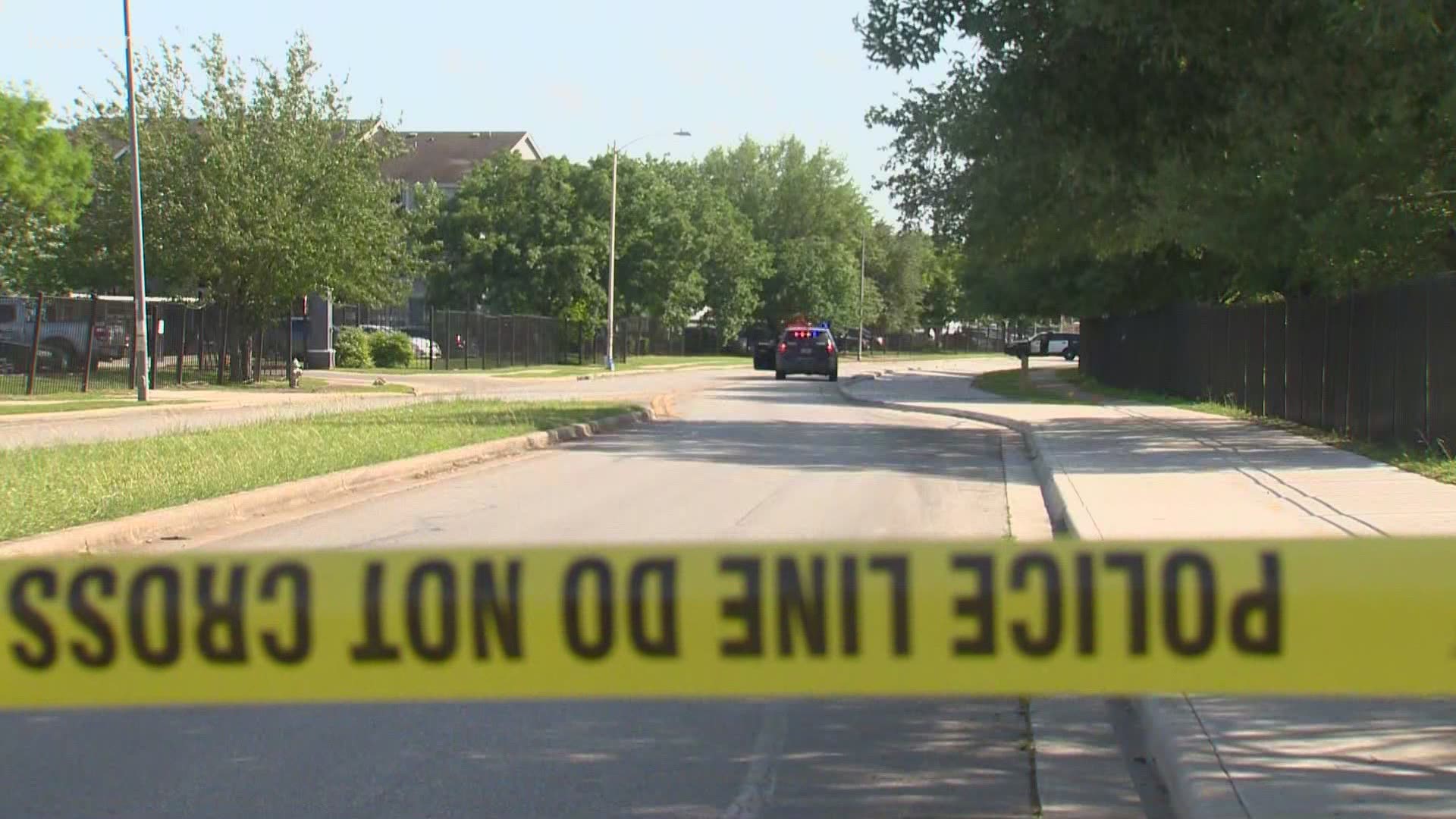 AUSTIN, Texas — The Austin Police Department has taken a suspect into custody after a nearly six-hour SWAT standoff at an apartment complex on Wickersham Lane.

Police said a call came in just after 3 p.m. Tuesday of a disturbance at 1515 Wickersham Lane, where the Collective on Riverside apartment complex is located. Officers could hear an active disturbance inside the subject's apartment when they arrived on the scene.

When officers went to make contact, they could hear a male subject inside who threatened to shoot officers if they entered the apartment. After hearing that, officers reported hearing what sounded like a firearm being loaded inside the apartment.

This led officers to contain the area and to treat the incident as a barricaded subject call. The SWAT team was called to the scene.

The SWAT team and hostage negotiators attempted to make contact with the man inside. However, police say the man was uncooperative with authorities' efforts to get him to come outside voluntarily.

After being on the scene for some time without cooperation from the subject, police obtained an arrest warrant for terroristic threat against a peace officer. Police said when officers went to execute that warrant, they received additional information that a woman inside the apartment was in distress and possibly being held against her will.

Immediately upon receiving that information, officers initiated entry into the apartment. Police said the woman was rescued and is uninjured, and the male suspect was taken into custody.

A resident of the complex told KVUE's Mike Marut that he and his roommate were told to evacuate and that they were sent an email from property management around 5 p.m., informing them of "an incident happening on property that local law enforcement is handling."

Just talked to a man who lives in one of the apartments above the incident. He and his roommate were told to evacuate a few hours ago and were sent this email from property management. @KVUE pic.twitter.com/JqCkjuXSwy

The relationship between the woman and the suspect is unknown at this time.

Any charges in addition to the arrest warrant for terroristic threat against a peace officer are pending as the investigation continues.

Officials said the suspect has a violent history with the APD.