"We created this game to help start a conversation on an issue not discussed enough," the game-making siblings said. 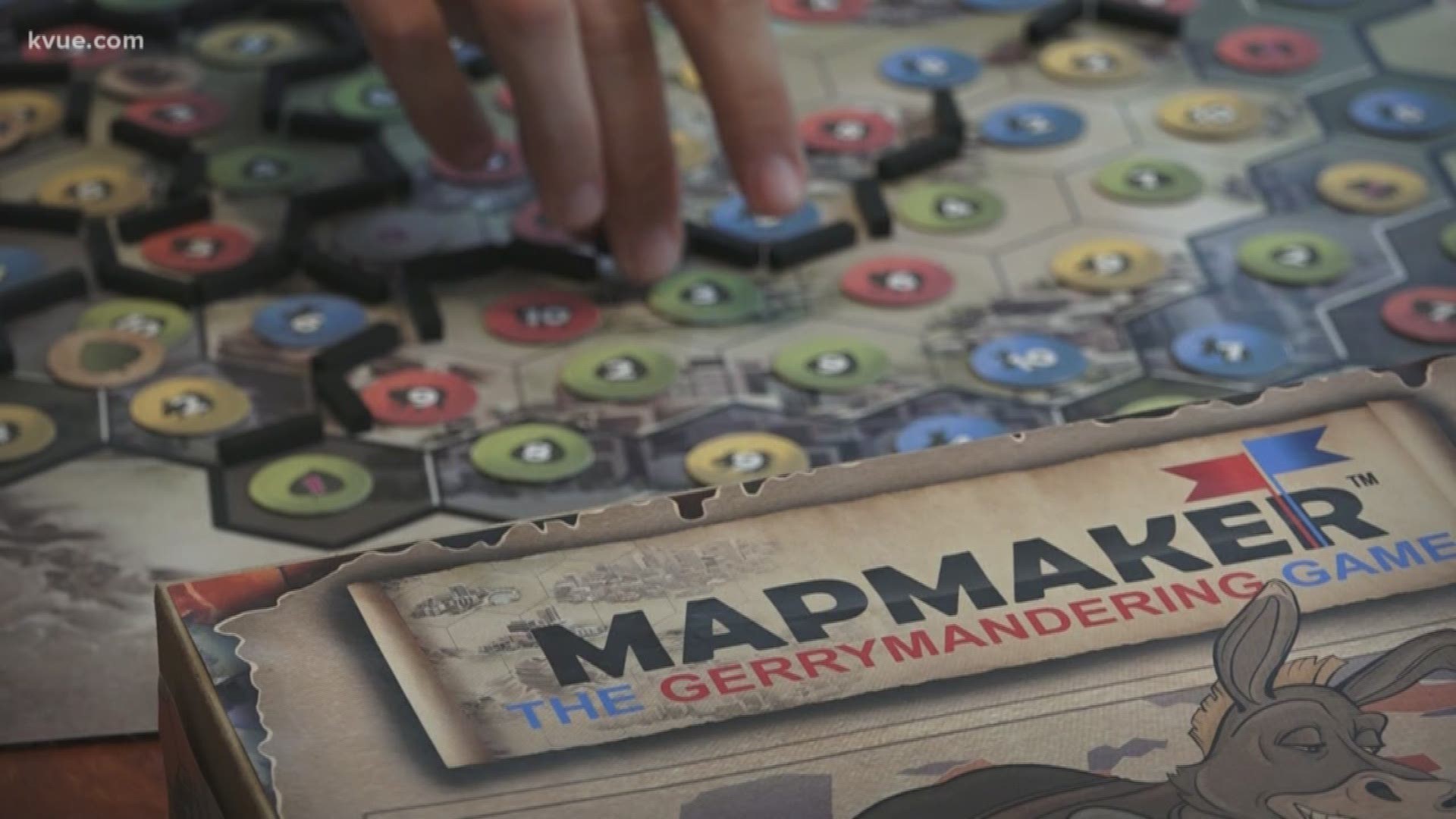 AUSTIN -- A group of Austin siblings is taking politics to the living room -- they've created a board game focused on gerrymandering.

The group says all they want is for people to sit down and play it with an open mind, to start a serious conversation on how gerrymandering affects the community.

Games have always been a big part of Louis, Rebecca and Josh Lafair's lives, from playing them while growing up as kids to creating one as young adults.

"The three of us grew up in Austin, Texas, a gerrymandering district, so we created this game to help start a conversation on an issue not discussed enough," said Josh Lafair, one of the co-creators of the game Mapmaker.

He said although it is a very fun game, gerrymandering is a very serious issue.

Gerrymandering, to put it simply, is manipulating voting boundaries to favor a certain political party, and it's something Louis says he knows very well.

"We have neighbors who live a few streets away from us but we still don't vote with them," Louis said. "We vote with people in Houston and we don't consider part of our personal community. This is kind of how gerrymandering affects us and makes our votes count less."

The idea is to create voting districts between the board game counties by using wooden chips as dividers. Once the counties are separated in groups of four or more counties, the party with more votes wins.

"Sounds like gerrymandering to me," said Louis with a slight laugh.

"That's why we really want this to be a board game because it's a conversation face to face," said Rebecca.

The Mapmaker game is a board game with meaning, hoping to create a domino effect in this nation's government.

"We're putting a gerrymandering proclamation inside every box, and we plan on sending this to Supreme Court justices who can roll the maps, governors who can veto the maps, and state legislators who can draw the maps, so we want to show them that gerrymandering is not a game," Josh explained.

The ultimate goal is to get the Supreme Court justices to play the game, though the group now needs help in funding the board game for mass production.

Here is a link to their Kickstarter Facebook invitation:

The game creators said they raised their money goal within six hours of staring their campaign.