The grand jury will decide in the next several weeks if the shooter will face charges in the armed protester's July 25, 2020, death. 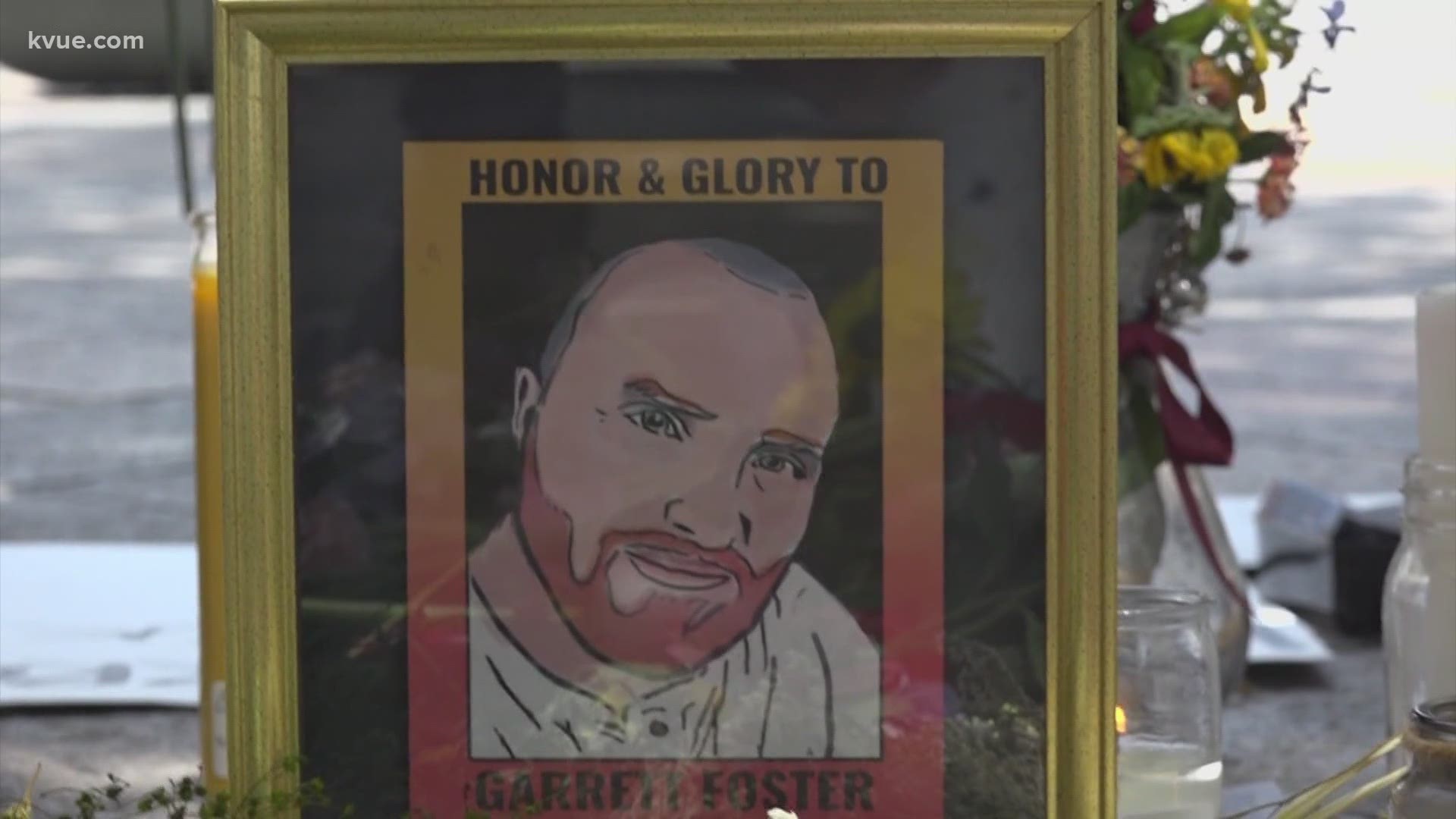 AUSTIN, Texas — Nearly one year after Garrett Foster, an Austin Black Lives Matter protester, was shot and killed, a Travis County grand jury will decide whether charges will be brought in his death.

Travis County District Attorney José Garza announced Friday that the grand jury will decide in the next several weeks if the shooter will face charges in the armed protester's July 25, 2020, death.

The shooter, Daniel Perry, has said it was self-defense. Lawyer Clint Broden of the Dallas law firm Broden & Mickelsen identified the shooter as Perry, an active-duty U.S. Army sergeant who was working as a rideshare driver at the time of the deadly shooting.

Credit: Broden & Mickelsen
The man who shot an Austin protester has been identified by the Dallas law firm that claims to represent him.

That lawyer claimed that Perry dropped off a rideshare customer in the Downtown Austin area and found himself surrounded by protesters. Some of the protesters beat on Perry's car, the lawyer said, and Foster approached his car. Perry said at some point, Foster raised his weapon at him, prompting him to shoot Foster. Shortly after, Perry called 911.

"Given the pressure that is being put on the District Attorney’s Office, it is not a surprise that it elected to present this matter to a grand jury despite the fact that Sgt. Perry passed a polygraph fully supporting the fact that he acted in self-defense that evening.

"We have confidence in the grand jury. When the grand jury learns of all the facts surrounding Mr. Foster’s past and his association with the Boogaloo Boys militia group and when grand jurors ask themselves what they would do in the split second following a person raising an assault rifle toward them, we are confident the grand jury will conclude that Sgt. Perry’s actions of self/defense were justified.

"To be clear, Mr. Foster’s death was tragic, and Sgt. Perry sympathizes with the loss suffered by Mr. Foster’s family. Nevertheless, this does not change the fact that Sgt. Perry acted in selfdefense on July 25, 2020, after Mr. Foster, for whatever reason, began raising his assault rifle at Sgt. Perry."

In an interview with Good Morning America, Sheila Foster, Garrett Foster's mother, said her son and his fiancée were a constant fixture during Austin's protests.

PHOTOS: Who are Garrett Foster and Whitney Mitchell?

Photos on social media show Garrett Foster, 28, at protests pushing his fiancée, Whitney Mitchell, in a wheelchair. Sheila Foster told GMA that the two have been together since they were 17.

"In the next several weeks, our office will present to a Travis County grand jury the facts surrounding the death of Garrett Foster and the grand jury will determine whether a criminal case should move forward," Garza said in a statement Friday. "Coming to a decision in these kinds of cases can be particularly challenging, and we are grateful to the grand jury for their service and commitment to considering all evidence and law."

"We remain deeply saddened by the loss of Mr. Foster," Garza continued. "Our hearts break for his family, loved ones and members of the community, who have suffered an immeasurable loss."

Garza's office will update the public on this case when a decision is rendered.