Man wanted in connection to 2 different deadly shootings in Austin

According to the Austin Police Department, they are searching for Pedro Fuentes Espinoza, a 42-year-old man. 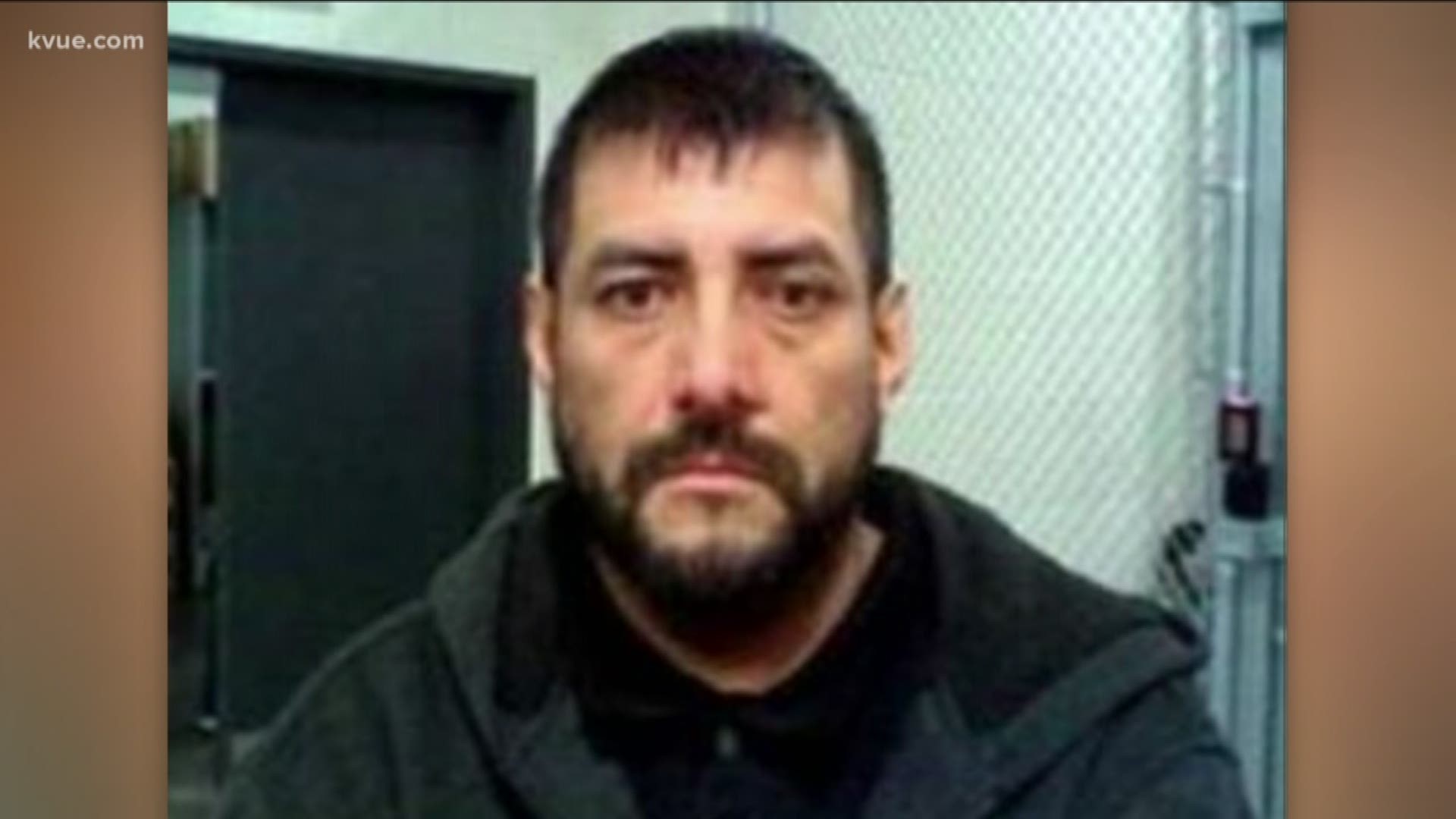 AUSTIN, Texas — Editor's note: The video above was released by police following the shooting at La Preferida Bar.

A man is wanted in connection to two different slayings in Austin that happened within the last six months, police said in a press release March 12. Austin police also believe the suspect may have fled to Austin recently after committing a murder in Mexico.

According to the Austin Police Department, they are searching for Pedro Fuentes Espinoza, a 42-year-old man.

Credit: Austin PD
Pedro Fuentes Espinoza is a suspect a shooting that broke at La Preferida Bar in 2019.

Fuentes Espinoza has been connected to a shooting that happened at a bar called La Preferida Bar located at 10205 N. Lamar Blvd. on Aug. 11, 2019. During that shooting, one man was killed – 26-year-old Julio Cesar Gamez-Contreras – and two others were injured.

Police said a verbal altercation inside the bar that night turned physical, causing the bar's security guards to kick everyone out. In the parking lot, the fight defused somewhat after security pepper-sprayed the group.

Police said the three victims were approaching their vehicle when a different vehicle blocked them in. The suspect got out of the passenger's side and began shooting at the victims.

After the deadly shooting, the APD released video showing the suspect's vehicle leaving the bar. The vehicle was described as a white Cadillac Escalade truck – similar to the one shown below – with chrome wheels.

About six months after the Lamar Boulevard shooting on Feb. 17, police believe Fuentes Espinoza was involved in a fight at a northeast Austin parking lot that led to a woman's shooting death at the Canyon Trails apartment complex.

Police said victim Elvi Vanessa Cervantes and her boyfriend pulled into the parking lot and were approached by a Hispanic male who asked them to leave. Cevantes, the driver, got into an argument with the man about a parking space. The man reportedly walked away and returned with a gun, shooting both of them.

A witness to the shooting identified the suspect as Fuentes Espinoza, according to police. That same witness also told detectives Fuentes Espinoza bragged about committing the murder at La Preferida Bar several months before.

Police received information that Fuentes Espinoza owned a black 2007 Cadillac Escalade EXT at the time of the Feb. 17 shooting. However, registration records showed the pickup truck was white when Fuentes Espinoza purchased it in July 2019.

After obtaining a search warrant, officers raised the hood of the Cadillac and discovered the interior engine compartment was white. The exterior was black.

Detectives believe Fuentes Espinoza had the pickup truck painted black after the shooting at La Preferida Bar. It's unclear where the truck was repainted.

At a press conference on Thursday, detectives also shared Fuentes Espinoza was deported in 2018 to Mexico after family assault and arson charges.

He soon returned to the Austin area and began working at a landscaping company, which has not seen him since the homicide on Feb. 17, police said.

At this time, police don't have any reason to believe he is in the Austin area. However, detectives are working with Mexican authorities to learn more about a murder he may have committed there recently.

If you see Fuentes Espinoza, you are asked to call 911 immediately. He is considered armed and extremely dangerous. You are asked to not attempt to apprehend or make contact with him.