APD releases video as investigation continues into shooting outside the ARCH

Two people were hurt in the shooting, and the Austin Police Association says it is "so thankful that more people didn't get shot." 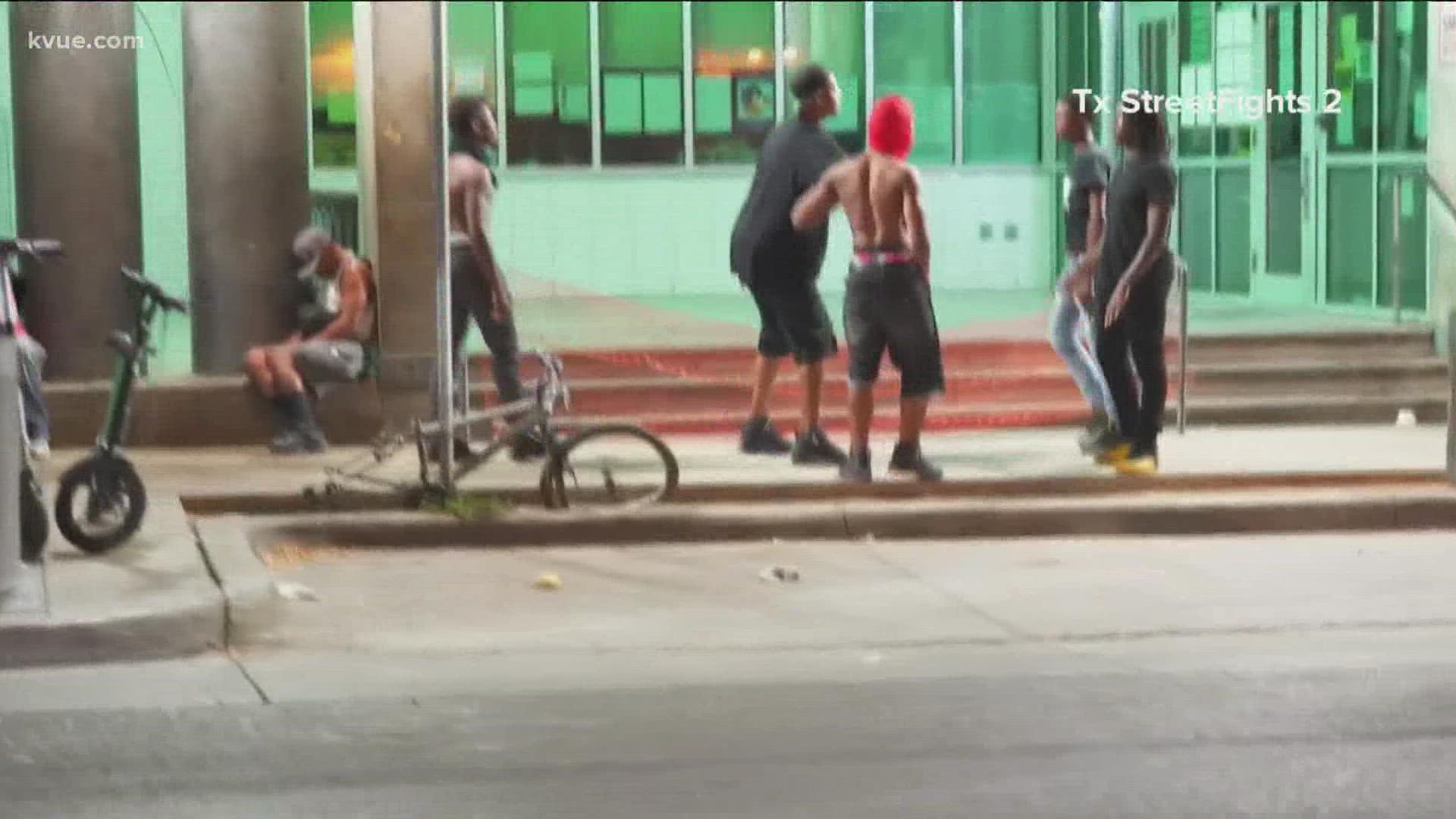 AUSTIN, Texas — The Austin Police Department is investigating a shooting that hurt two people in Downtown Austin over the weekend.

According to the APD, the shooting happened in the 500 block of E. Seventh St., across from the ARCH, around 2:50 a.m. One man was taken by medics to a hospital, and the second victim arrived at the hospital by himself. Both have non-life-threatening injuries.

APD said the suspects were part of two large groups who were involved in an altercation that turned into a shooting in the street. At least three people fired handguns, and at least two more displayed or were in possession of handguns, police said. Two people, one from each group, were hit by gunfire. The suspects fled the area.

The Austin Police Association tweeted a video it says was taken during the shooting, early in the morning on Sunday, Sept. 26. The APD also released video on Sept. 29.

In the video, people can be seen running down the sidewalk before shots are fired. Around 10 gunshots are heard in the video. Seconds after the gunshots, about five police squad cars are seen driving onto the street.

The APA said in a Facebook post, "We are so thankful that more people didn’t get shot."

Anyone with any information on the incident is asked to contact the Crime Stoppers anonymous tip line at 512-472-8477.

A resolution was submitted to the City of Austin in July to improve the safety of the Sixth Street entertainment district downtown. According to the resolution, City Manager Spencer Cronk has until Sept. 30 to "suggest a process and program for entertainment licenses that includes safety training for staff and increased coordination and communication with public safety officers." He is also asked to coordinate with the Texas Alcoholic Beverage Commission (TABC) on additional strategies for curbing underage drinking and potentially limiting the presence of underage Austinites on Sixth Street during weekend evenings.

Councilmember Kathy Tovo, who sponsored the bill, said the council is on track to receive an update by the deadline.

"It is an absolutely urgent issue. We need to do everything we can to really make that area safer for our visitors, for our residents downtown, for our business owners, for the workers who go to work every day, for our Austin Police Department, for our officers and our other city staff who are down there on the weekends, especially when so much of this violence is taking place," Tovo said.

In the past year, news of murders and gun violence have dominated Austin headlines as the city grows and confronts worries of “big city crime.”

Gun violence has been on the rise in the past five years, according to an APD report released in March.

1 dead after crash, car fire near Circuit of the Americas