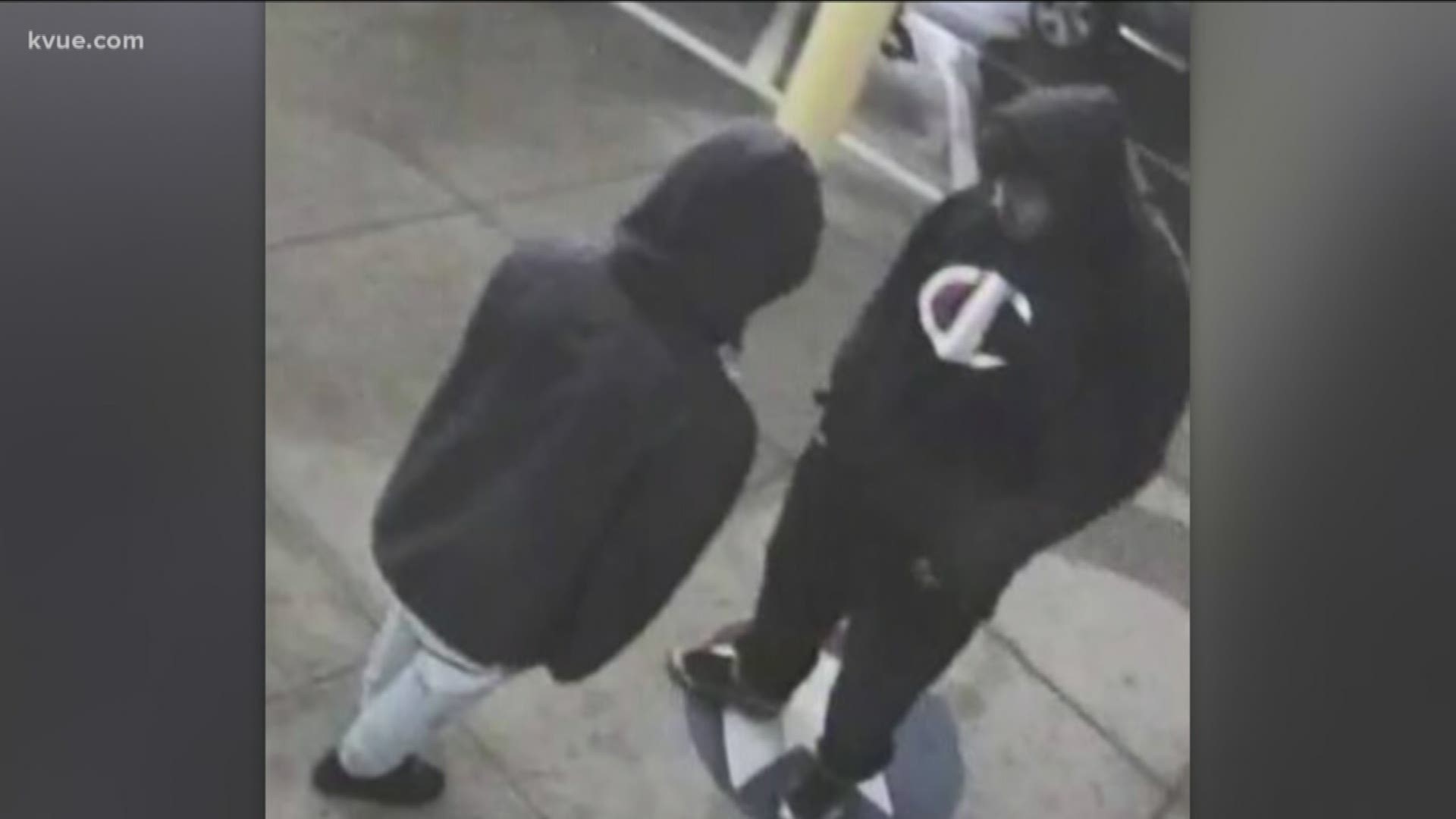 Austin police said that on Saturday at approximately 12:03 a.m., officers responded to Dell Children's Medical Center on Mueller Boulevard. Upon arrival, security advised that two men had carried another man to the emergency room with a gunshot wound. The two men then left the scene without giving any information about what had happened.

APD homicide detectives have retrieved video from Dell Children’s and are asking the two men that dropped the victim off to contact the Homicide Unit. APD released photos taken from the video "in hopes that somebody may recognize these two individuals and contact us with their identities."

Detectives are asking anyone with video or information about this incident to call Crime Stoppers at 512-472-TIPS; text "Tip 103" and your message to CRIMES; use the new Crime Stoppers App; or email APD Homicide at homicide.apd@austintexas.gov.

On Monday, Police Chief Brian Manley said there are many subjects involved in this case, some of whom have been identified. Manley also said the victim remains in critical condition and due to the seriousness of his injuries, the APD Homicide Unit is the leading investigating unit in this ongoing investigation.

This was the second overnight incident in Austin. Another shooting occurred around 11:30 p.m. Friday night in East Austin on Airport Boulevard near the Elm Ridge Apartments. Austin Travis-County EMS said a woman is in the hospital with critical injuries as a result of that incident.

Then, around 10 a.m. Saturday, APD responded to a shooting in the area of 1106 Reinli Street, near the Mueller City View Apartments. A man in his 20s died as a result of a gunshot wound. APD detained three suspects in connection to this shooting and are interviewing them. That investigation is ongoing.