The company sold 350 scooters at $655 each. Now every customer is left without a scooter – and without a refund. 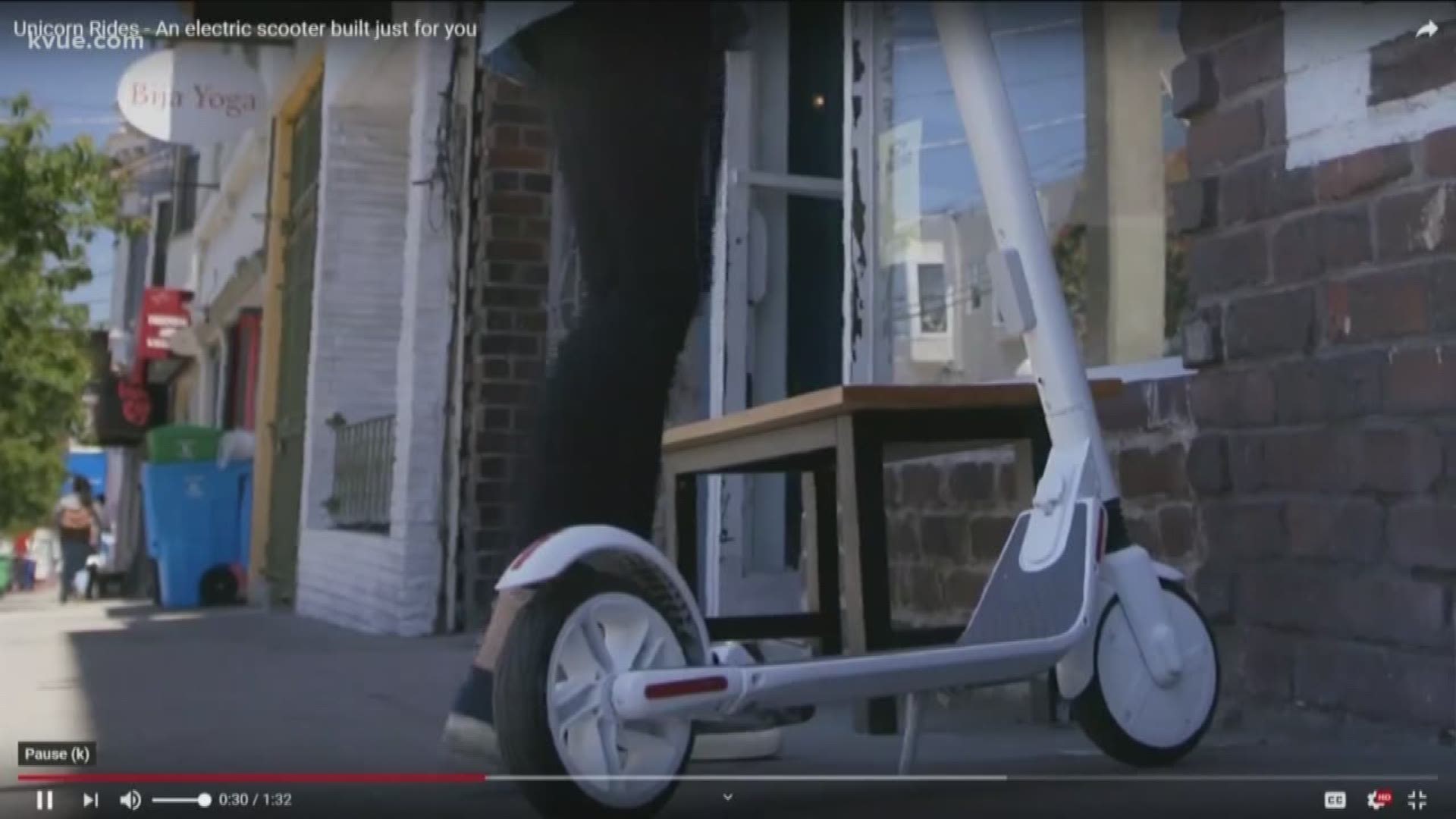 AUSTIN, Texas — An Austin startup is living up to its name: The scooters purchased through the electric scooter company Unicorn Rides don't exist.

Unicorn Rides was a little different than the average scooter company. Instead of renting just any scooter off the street, the idea behind the company was to give customers their own personal scooter to ride.

Founder Nick Evans said they came up with the idea in March and made a website and sold pre-sales in June. But by last Friday, they had to notify all of their customers that they would not be getting the scooters they pre-ordered – and they wouldn't get their money back either.

"We thought, 'Maybe we should sell scooters to people,'" Evans said. "We really thought it was amazing that something so simple like an electric scooter and the real utility it provides people for commuting."

Turns out, creating scooters isn't that simple. Evans is also the co-founder of Tile, an electronic location device that Unicorn Rides was planning to use on its scooters.

"It has just become one compounding thing after another that made it a huge challenge," Evans said.

Evans said they sold about 350 scooters at $699 each. Some customers received codes for discounts on their purchases.

"We quickly found out it was a pre-order after we found out it would be a month," Johnson said. "Well, I contacted them, it was delayed two different times. In November, at that time, they gave us the date of Dec. 15."

Johnson said that date was an empty promise. She spent $160 out of pocket and used the loan company offered on the site for the other $1,238.

"They really pushed the financing. It said, 'If you can't afford our scooter, you can do financing,'" Johnson said.

Evans said they were trying to sell the company's assets to give refunds to customers.

Evans said their new job is to find a way to get the customers their money back.

Johnson said she is trying to work with the loan company to get the loan off of her history.