The coronavirus pandemic is affecting how a lot of industries operate, including the real estate industry. 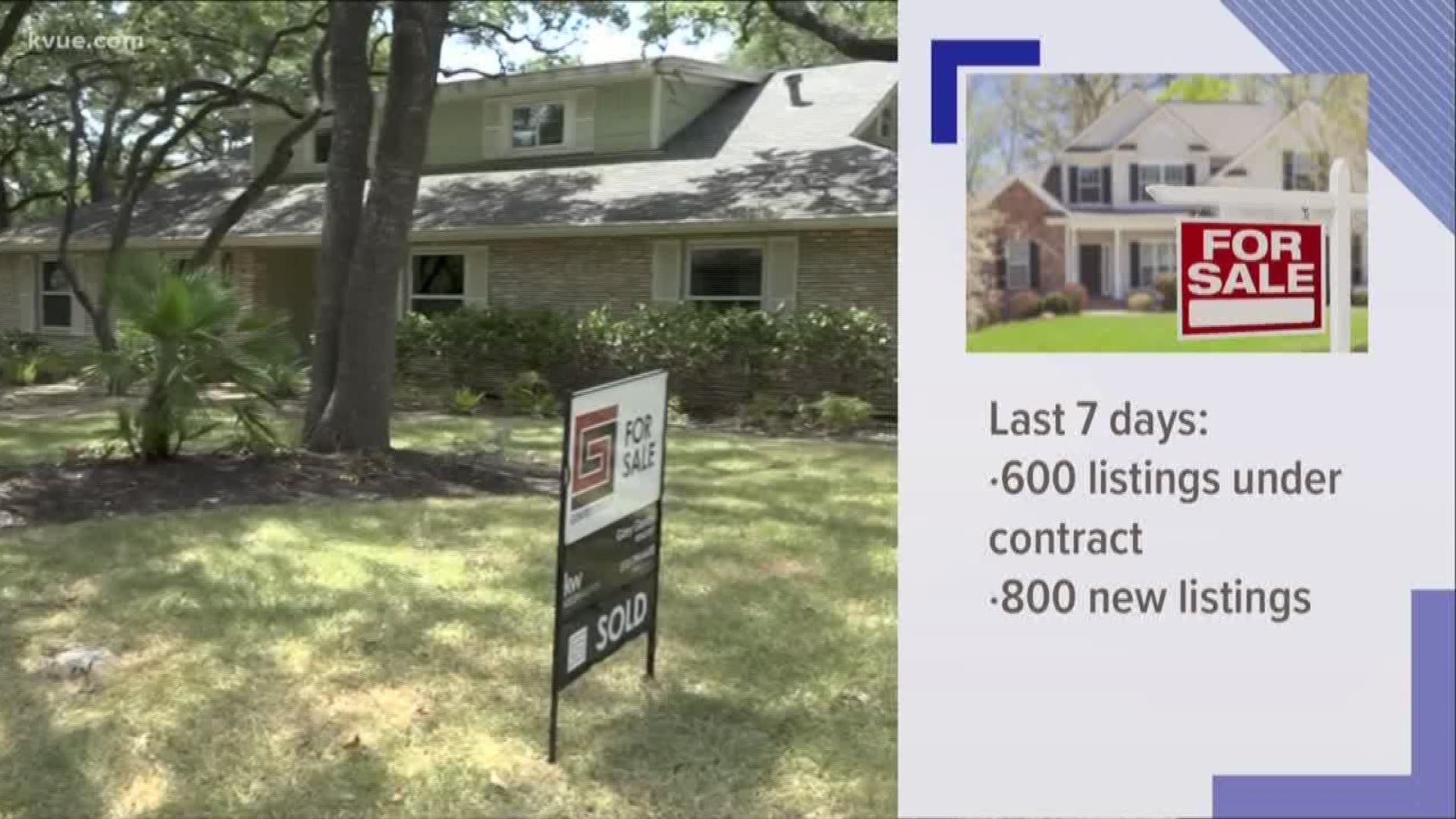 AUSTIN, Texas — The coronavirus pandemic has forced a lot of industries to change the way they operate and interact with the public, and that includes real estate.

"In reviewing the three existing orders, it’s our interpretation that showing activity may be allowed in Williamson County, but it’s clearly not allowed in Travis County and the City of Austin," according to ABoR's website.

Mary Anne McMahon, owner and broker at RE/MAX Posh Properties in Austin, told KVUE her team has already made some changes.

"A lot of leaving wipes at the door," she said. "A lot of agents are leaving all the lights on in the house with doors open, so the least amount of things that you have to touch in a home."

Real estate agents are having to get creative, especially when it comes to open houses, according to RE/MAX Posh Properties Realtor Brett Silverman. That includes virtual tours, which are typically used for out-of-town clients.

"Over the next few weeks, we're really not going to be able to show houses in Austin. I mean, that's pretty much what the mandate is for three weeks, so we're going to have to get creative on the ways that we market properties and show them to potential buyers," he said.

Despite the pandemic and these changes, Silverman believes the Austin real estate market is still hot.

In the last seven days, more than 600 listings went under contract, according to McMahon. The market also saw nearly 800 new listings.

"The market is still very active. Those that have the need and not looking at this as a big risk factor are taking advantage of the situation," she said. "It could be a great time to buy. You just have to be willing to take that step in this unprecedented situation."

Although some potential clients may be hesitant to move forward right now, Silverman considers the changes a "blip on the radar."

According to data Zillow released on April 9, new listings are up 13.5% year-over-year and up 12.8% since March 1. The increase is less than usual, however, as there are typically 40.8% more new listings from March 1 to early April this time of the year.

WATCH: Take a look inside some of Austin's 'weirdest' homes