A UT professor weighed in on why he believes the city has seen a shift to more peaceful protests over the past few days. 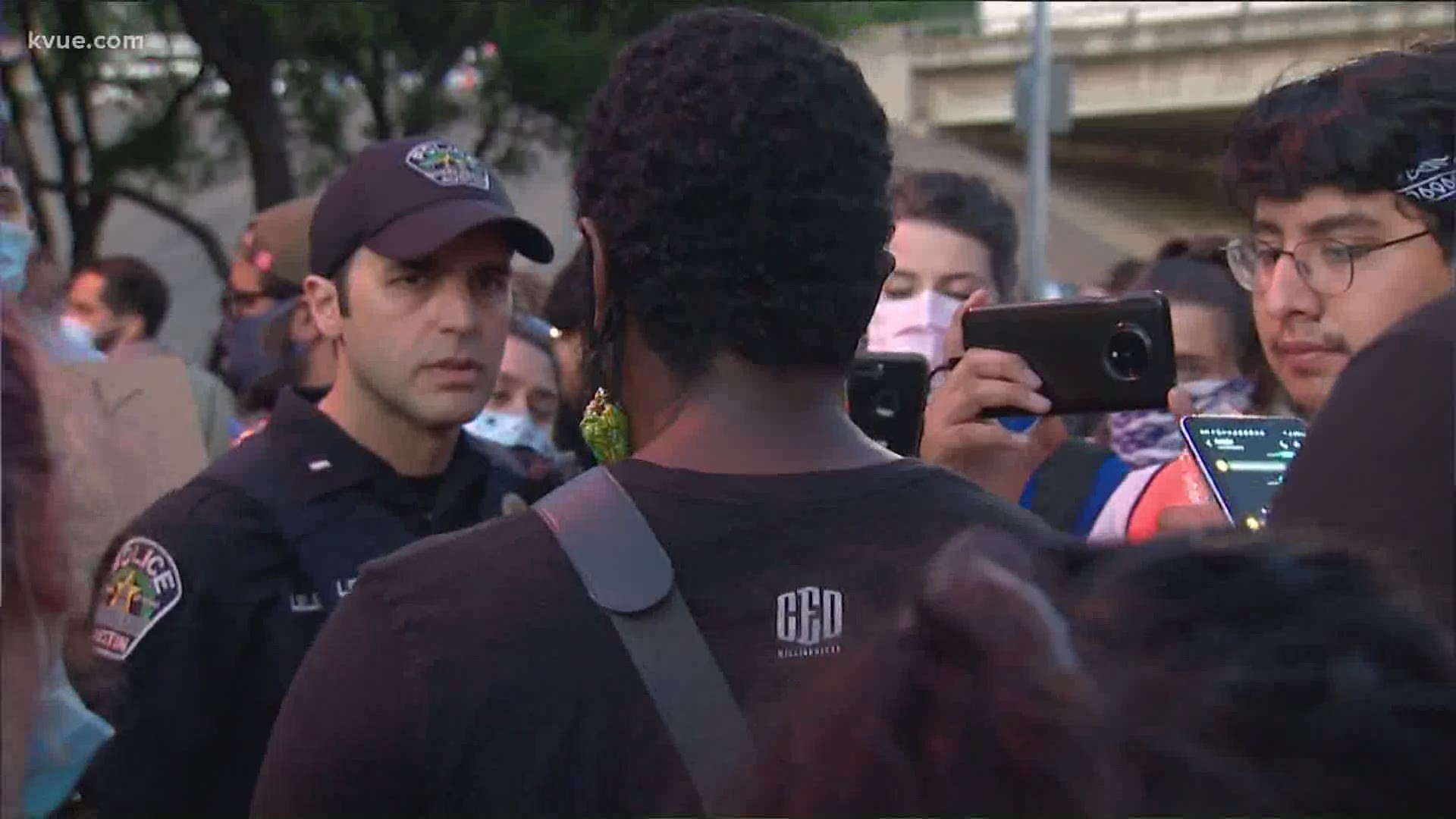 AUSTIN, Texas — Monday and Tuesday brought mostly peaceful protests after a weekend of demonstrations that saw some violence, including tagging buildings, looting stores and starting fires.

To try to understand why the protests seemed to calm down, KVUE spoke with Dr. Peniel Joseph, a professor at UT Austin who is also the Barbara Jordan Chair in Ethics and Political Values and the founding director of the Center for the Study of Race and Democracy.

"I think what's happening now, a week after the protests have begun that began on May 26, is that people are trying to organize locally and saying, 'Hey, if we have any hint that there's violence that's going to be here, we're not. We're going to take measures. We're going to even work with the police, at least decent police departments where we don't want any property damage. We want nonviolent protest,'" Dr. Joseph said.

He said this shift isn't only happening in Austin, but across the country. He also said, historically, civil rights movements have been filled with peaceful demonstrations and police violence.

"I think most people are interested in social justice, and the country is so polarized and [they] are not focused on looters or violence," Dr. Joseph said. "They're focused on trying to transform racist policies into anti-racist policies."

Dr. Joseph said there are also just some "bad actors" out there that people can't control.

"We have so many different people who might have their own reasons to connect racial justice protests to violence that you're not sure what's going to happen if bad actors try to set people up," Dr. Joseph said. "But I think that organizations now are really going to take charge, including right here in Austin, and say, 'What can we do?'"

On Monday, protesters were also encouraging people to get out and vote.