The APD has identified five officers involved in the shootings, which left some protesters in critical condition. 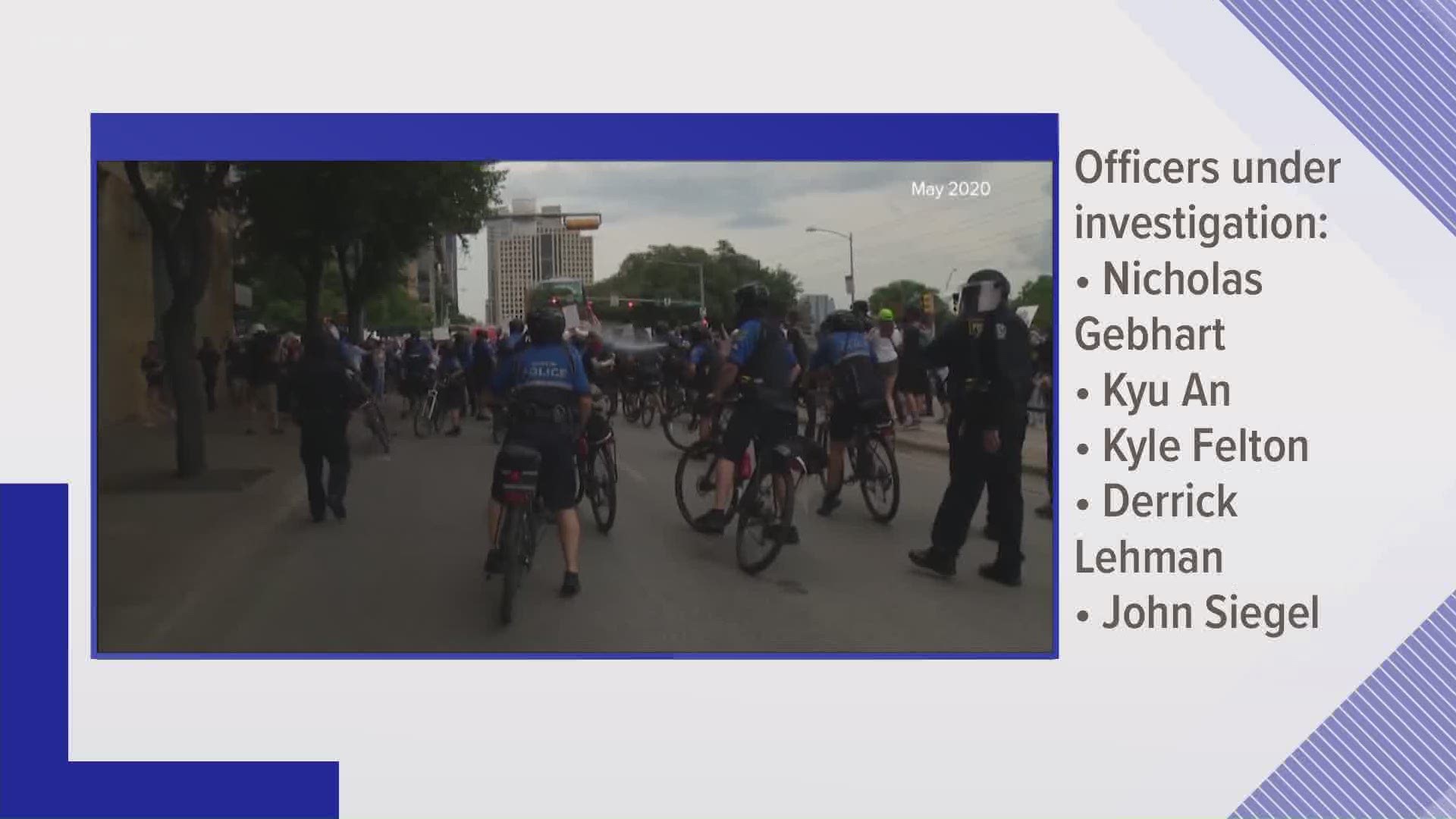 AUSTIN, Texas — After many protesters were shot with less-lethal rounds during the protests against police brutality in Austin on May 30 and 31, the Austin Police Department has identified five police officers involved.

While the investigation continues, the APD said it has placed all five of them on paid administrative duty. They are identified as follows:

According to Austin Police Chief Brian Manley, at least three protesters were shot by accident during the protests. At least two were seriously injured and transported to the hospital.

The police department said its Special Investigations Unit and the Internal Affairs Division are attempting to identify the officers involved in other protest-related incidents.

"I believe this would have taken much, much longer if it were not for the community push," he said. "We need justice for these families."

The APD's general orders can be read here.