Howell's brother provided an update on his condition in an opinion piece titled "Lessons from a war zone." 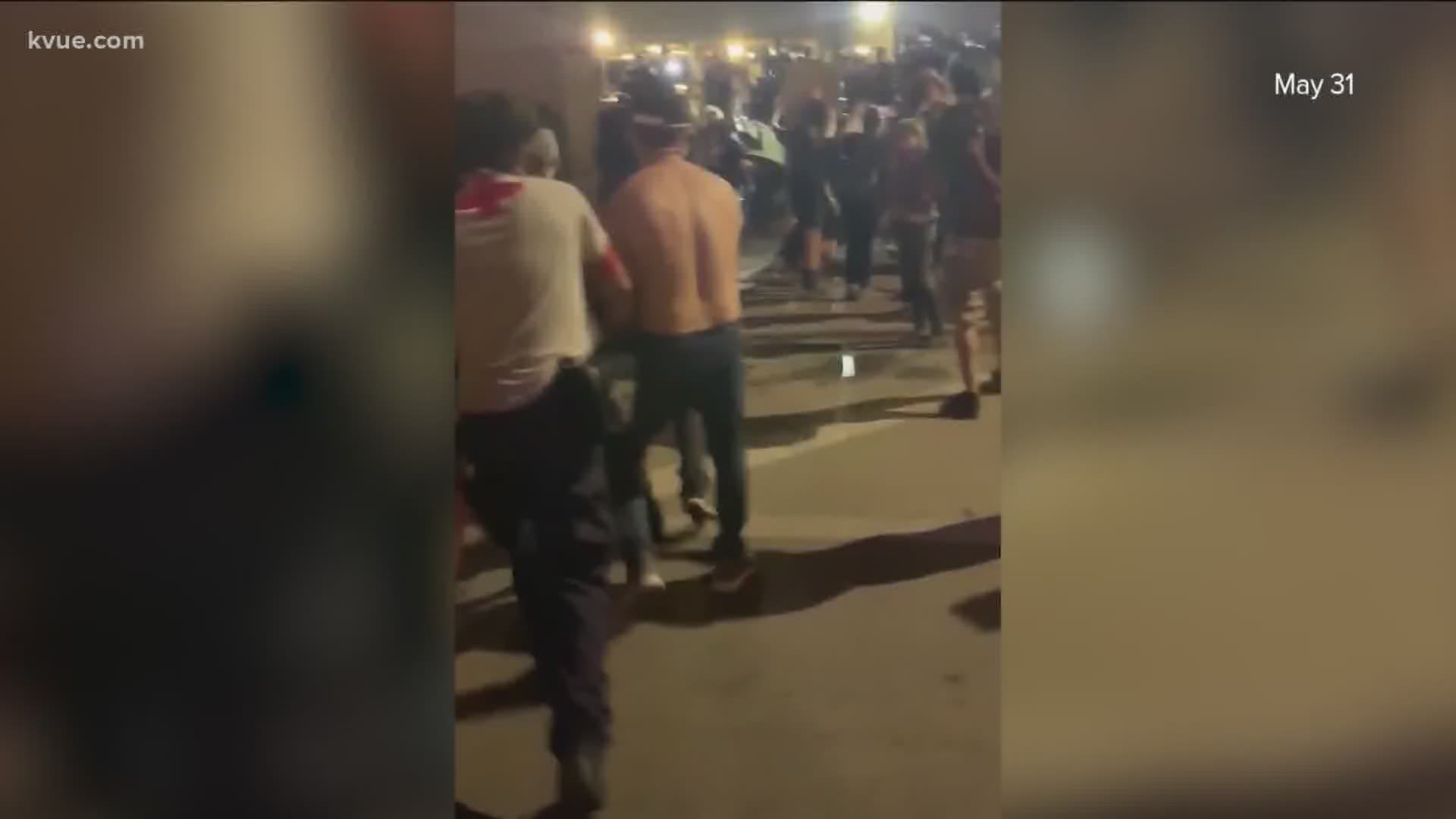 AUSTIN, Texas — About a month after he was shot by a less-lethal bean bag round by police officers during Austin protests, a Texas State University student who was once in a critical condition is slowly recovering.

Justin Howell's brother, an opinion editor at the Texas A&M University student paper, "The Batallion," provided an update on his condition on Tuesday in an opinion piece titled "Lessons from a war zone."

"Justin spent the next three weeks in the ICU," Joshua Howell wrote. "Doctors informed my family that the impact from the bean bag caused a brain injury — a brain injury which forced them to heavily sedate Justin for two-and-a-half weeks. During that time he was on a ventilator which could only be removed after a tracheotomy."

Joshua Howell said as doctors worked with his brother, Justin Howell could remember the incident.

"While doctors performed a regular neurological assessment — in which they temporarily reduce the sedative to assess a patient’s brain function — Justin said he recalled bean bags flying in every direction. He remembered being shot. The next thing he knew, 'it was two days later,'" Joshua Howell said. "Actually, it was eight days later."

As of June 23, Joshua Howell said his brother still has to eat from a feeding tube.

"His health improves by the day, but doctors caution his recovery will be a marathon, not a sprint," Joshua Howell said. "He was recently transferred to a long-term rehabilitation facility so he can receive intensive neurological, physical and occupational therapy."

Since the incident, the Austin Police Department has updated several policies, including discontinuing the use of bean bag rounds on protesters.