More than 80 people were either hurt or killed after two separate shootings in El Paso, Texas, and Dayton, Ohio. 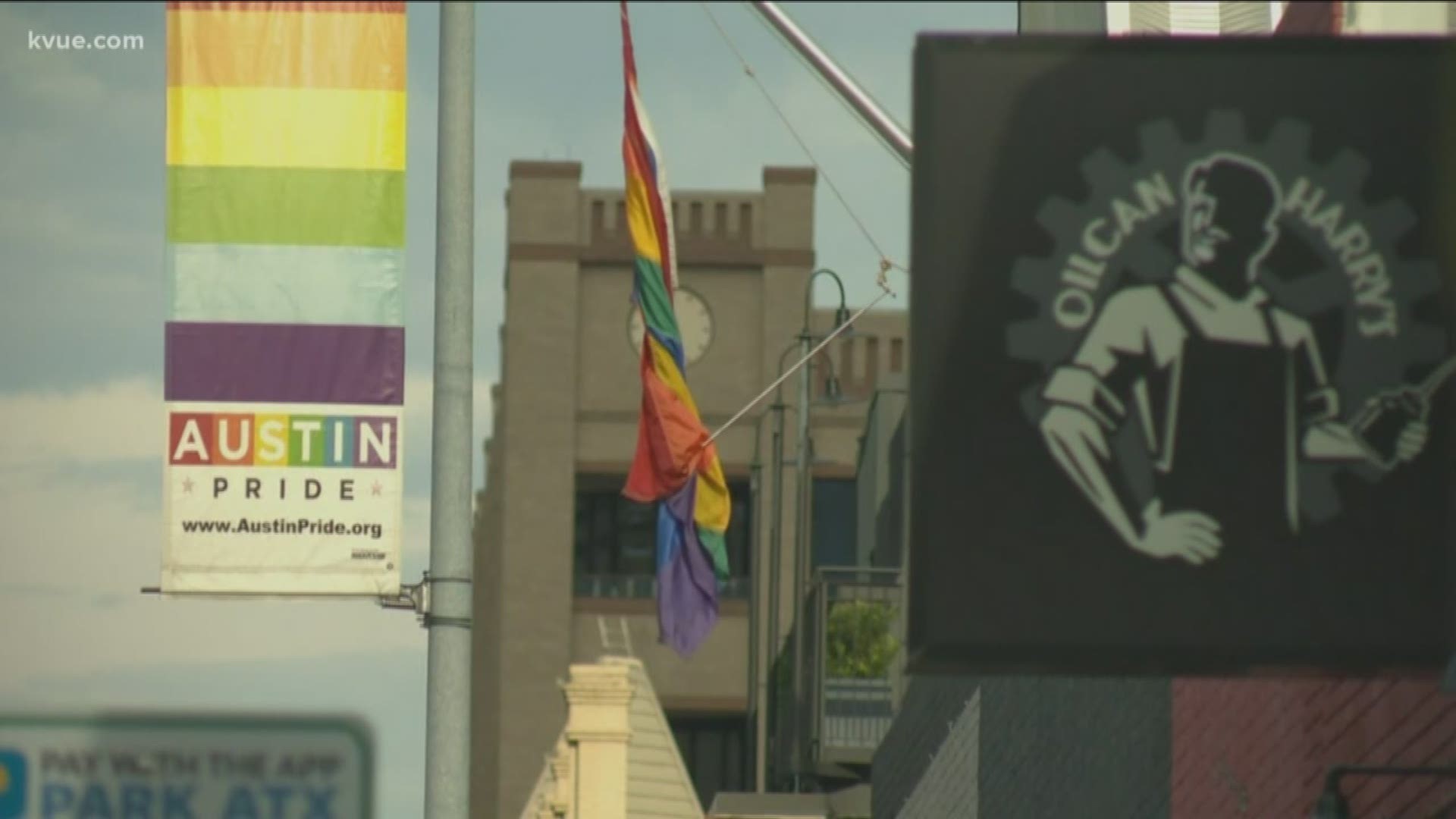 AUSTIN, Texas — In the wake of two mass shootings over the weekend, Austin Pride took to Facebook to announce that it will be increasing security measures at this year's festival and parade.

"We're always good on security." said Micah Andress, Austin Pride president. "A lot of the stuff has always been there, but we've definitely asked for some increased presence this year."

He said the City estimates more than 400,000 people to flood the streets of Austin this upcoming Saturday. After the mass shootings, Andress said safety is now an even bigger priority.

The bars along the route agree with the changes and welcome more security. Sellers Underground on Fourth and Congress will have three extra security guards at their front door.

"Oh, I think that's great," said Jonathan Smith, Sellers Underground's general manager. "So, I think the more that we've got done here, the bigger presence that's down here, the better for everybody. So just keep everybody safe is the main thing."

Andress said they'll be on the lookout for anything suspicious. And if you see something, don't hesitate to report it.

"Please don't let some idiotic person who did these crazy acts of terrorism drive you away from coming out and celebrating who you are," said Andress. "You will be safe. We will make sure of it."

Both the festival and parade will take place this Saturday at Fiesta Gardens and in Downtown Austin, respectively.

You can see Austin Pride's full statement below:

"The shootings from this weekend are nothing short of heartbreaking. The mass murders of our people is criminal and change and justice must occur quickly. Our Ohio and El Paso neighbors follow in a long legacy of terror within our own borders and we cannot continue in this manner. No other country experiences this. We must change the system that has created a climate of living in constant fear and the resulting despair of these increasingly common incidents.

Austin Pride is a 10 day celebration of people, individuality, and freedom. In light of this weekends’ mass shootings, we’d like to inform our attendees and volunteers that safety is always paramount. We a have heavy security presence through drones, plain-clothed and uniformed police, sheriff, and SWAT forces at our annual Pride Parade and heavy security at our festival, where weapons are strictly prohibited. This is the standard yearly, which comes as an infringement of rights to some, and an overwhelming presence of protection to others. This year we will be increasing measures as safety is paramount and in a climate of armed terror, we are cutting no corners.

RELATED: Austin Pride kicks off this week! Check out these colorful events

To those who lost a loved one this weekend, we hold you deeply in our hearts and we will support action and change, we will march on the front lines with you. That’s what freedom and unity are and we cannot let terror win."

The security statement comes only a couple days after 20 people were killed and 26 were wounded after a shooting at an El Paso Walmart. The suspect, 21-year-old Patrick Crusius of Allen, Texas, remains in El Paso County Jail on capital murder charges. He could face the death penalty.

Early Sunday morning, nine people were killed and 26 injured after a 24-year-old man opened fire in Dayton, Ohio. This shooting occurred in the historic Oregon District. The suspect, Connor Betts of Bellbrook, Ohio, was wearing body armor and was taken down by police.

KVUE is a proud supporter and sponsor of Austin Pride this year. We will be live streaming the entire parade Saturday, Aug. 10, at the YouTube link below.

These are the 9 victims of the Dayton shooting

Here are the victims of the El Paso Walmart shooting

Beto O'Rourke on El Paso shooting: 'I am incredibly saddened and it is very hard to think about this'