A Capital Metro bus transformed into a party bus for the Austin Pride 2019 parade. 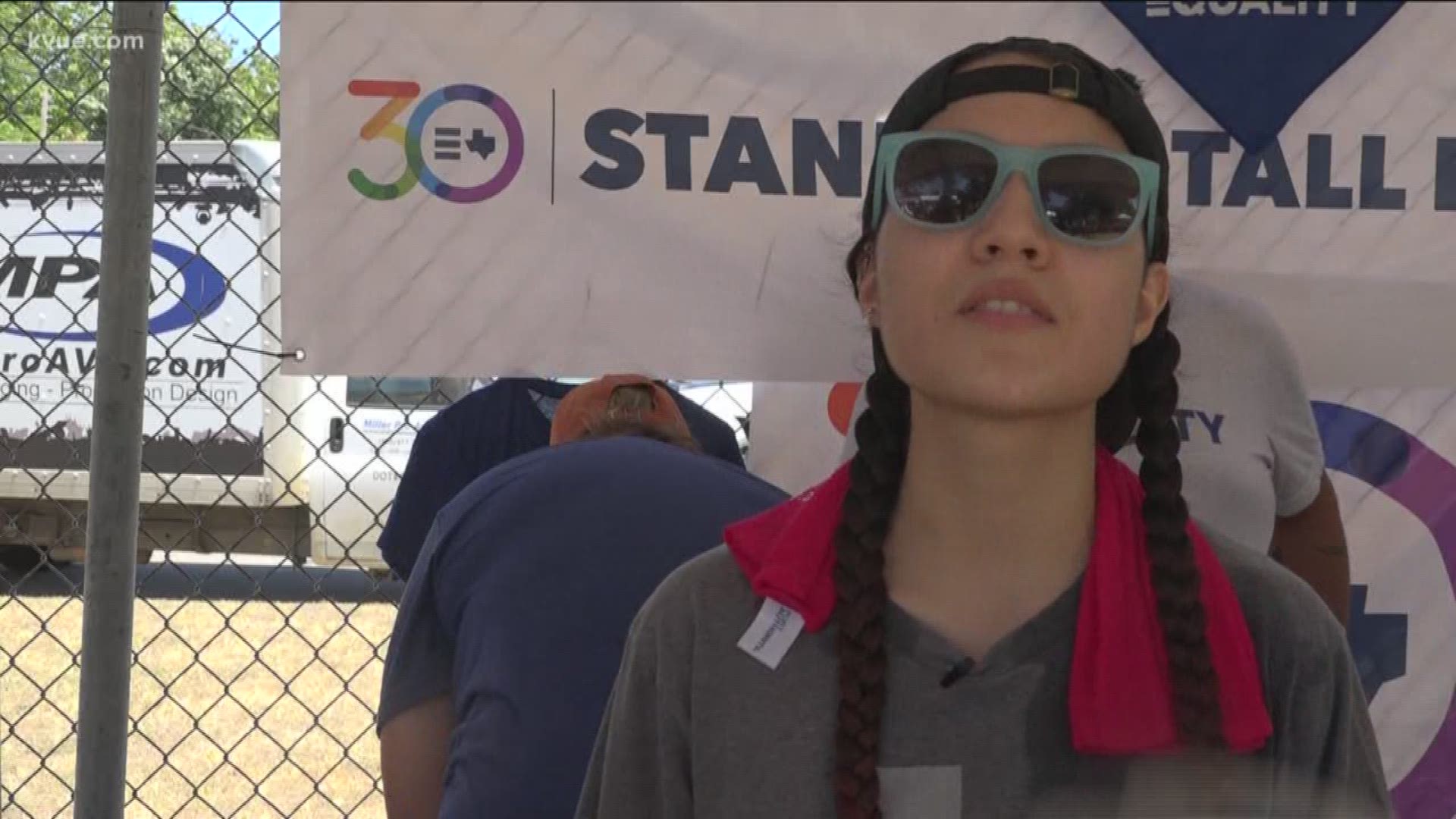 AUSTIN, Texas — Capital Metro joined in on the "Boogie Wonderland" fun in the 2019 Austin Pride Parade.

The city's transportation agency took to Twitter Aug. 10 to show off a party bus that got an upgrade for the parade. The bus, outlined in neon lights, has flashing neon words that say, "Turn up the pride."

The bus, along with the Capital Metro team, was "out in full force to support our LGBTQ community" with the agency's President and CEO, Randy Clarke, the agency said.

It's something the agency has done every year for the past 10 years.

CapMetro marched alongside more than 150 other Austin-area organizations in the parade, including Alamo Drafthouse, Austin Independent School District, IBM, Indeed, Microsoft, Oracle and South by Southwest.

The parade commenced at 8 p.m. at 11th Street and San Jacinto Boulevard, before turning south down Congress Avenue and east onto Fourth Street. The parade ended at Republic Square at 11 p.m.

Around 400,000 people were expected to descend on Downtown Austin for the fun.

KVUE, the official media sponsor, streamed the parade starting at 7:45 p.m. CT at KVUE.com, on the KVUE app and on KVUE's YouTube page.