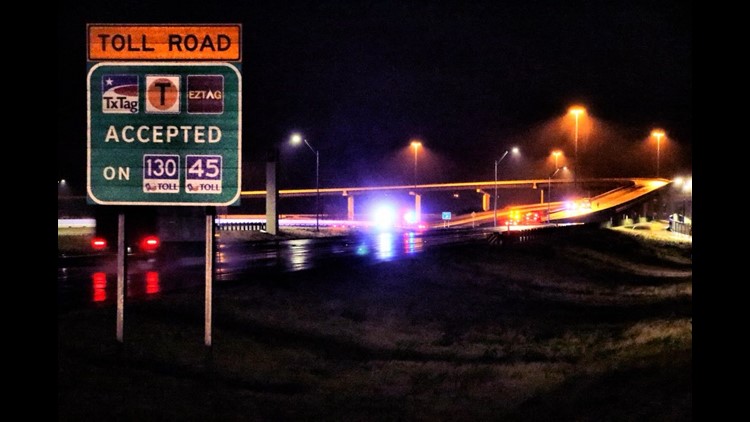 At 9:15 a.m., Austin police said they responded to 16 collisions in the city and added that several roads were shut down due to icy conditions.

Those roads and overpasses are listed below:

Ben White flyover to I-35 is shut down in all directions.

The 5700 block of SH45 is completely iced over. This includes 45 westbound at 183 upper deck in both directions.

U.S. 183 eastbound to 130 northbound is reported as completely iced over.

5200 block of Capitol of Texas Highway is iced over. I-35 exit at 4600 block of northbound has been iced over.

This page will update.