It is not known whether the two incidents are connected. 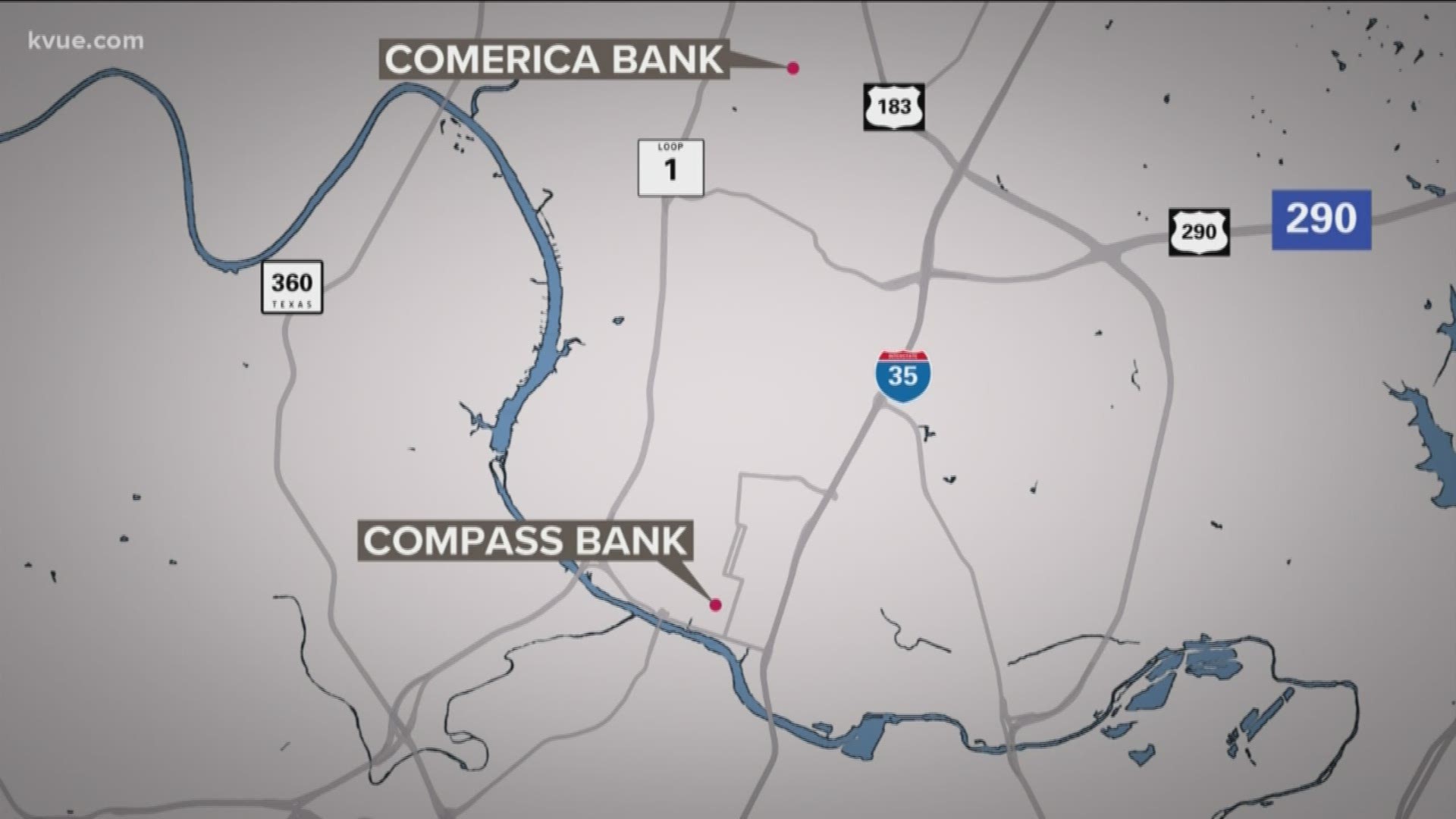 AUSTIN, Texas — Police are searching for suspects after two separate bank robberies in Austin on Wednesday.

The first robbery happened in Downtown Austin around 10:30 a.m. at the Compass Bank at 321 W. Sixth St.

Police said a man entered the bank, demanded money and left with an undisclosed amount of cash. The man fled on foot, heading east on Sixth Street and then south on Lavaca.

The suspect is described as a white man with a thin build, around 5 feet, 9 inches tall. He was last seen wearing a light-colored jacket, dark-colored shorts, hat and surgical mask on his face.

Austin police said the same bank was targeted in September and the suspect also wore a surgical mask. They are not ruling out a link between the two incidents.

Hours later, police responded to another bank robbery at 7820 Burnet Road, around 4 p.m.

The suspect in that robbery also fled on foot, police said.

He is described as a black man, 5 feet, 9 inches in height and heavyset. He was last seen wearing an orange UT baseball cap, sunglasses and a short-sleeve blue T-shirt.

Police said he handed staff a note demanding money. No injuries were reported.

It is not known whether these robberies are connected.