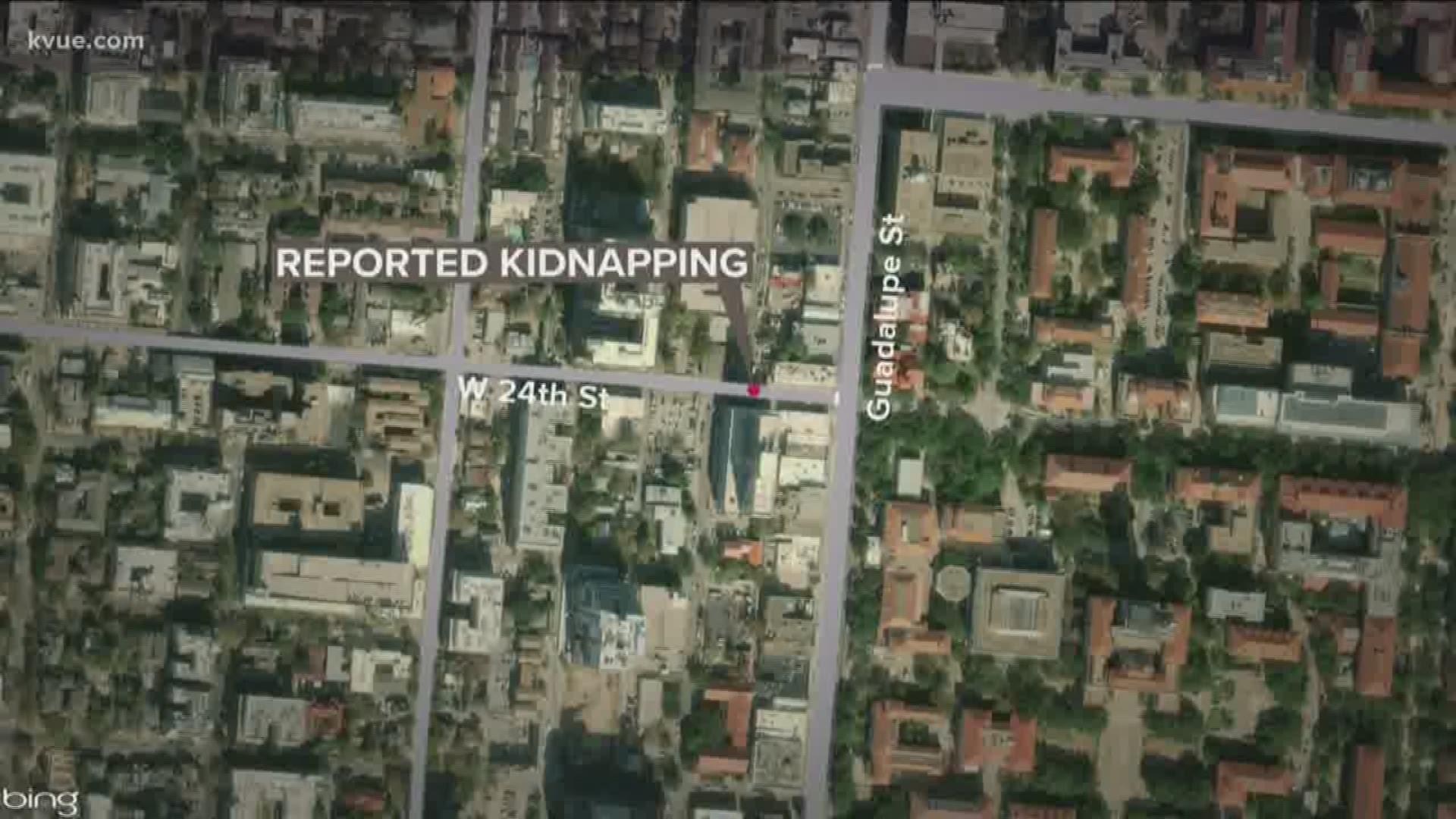 AUSTIN, Texas — A woman who was reportedly kidnapped near west campus at the University of Texas Wednesday night has been found safe.

The incident happened just after 8 p.m. around San Antonio Street and West 24th Street, UT police said. Police said the suspect forced a Hispanic woman into a car at gunpoint.

At that time, it was reported as a kidnapping but now Austin police said the family violence unit is investigating.

The woman was found before 4:30 a.m. Thursday morning but police can't say where.

KVUE spoke to a man who lives near the area. He didn't see what happened but said he usually feels safe walking down that street.

“I walk like, at night a lot, especially like I did right now and I’ve never thought twice about my safety,"  Preston Bouwhuis said. "I would just hope that whoever got kidnapped ... ends up safe."

Police confirmed that this incident was not related to the SWAT call on possible human trafficking.