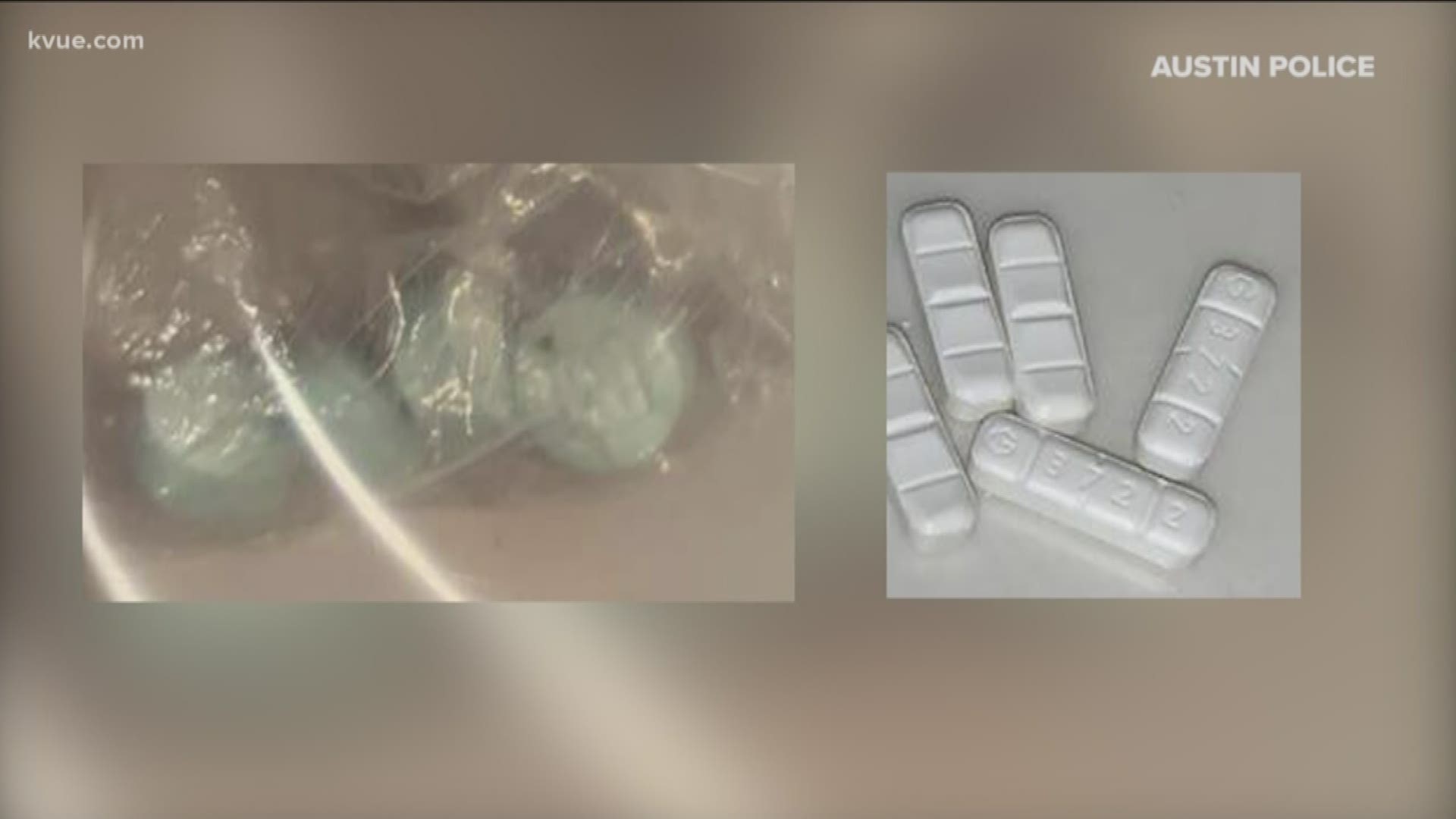 In Austin-Travis County, medics are responding to at least 10 – and up to 15 – times more overdose calls than normal, which is about one per day.

In Williamson County, EMS reports an increase of about five times, with 17 reported this month, at least two of them fatal.

On Monday, the Austin Police Department reported at least five overdose-related deaths in the last two weeks that are being investigated.

In all of the cases, it’s reported that prescription drugs are being sold as oxycodone or Xanax, but the pressed pills are especially potent because they are laced with fentanyl.

“They take a few pills and instead of getting their normal recreational effects, they're very rapidly becoming unconscious and stopping breathing,” said Commander Blake Hardy, who oversees the ATCEMS Community Health Paramedics.

“They're these poisonous tablets that are being sold as those medications. But with everything going on with COVID right now, that is increasing the distress level and so it's certainly not helping the situation,” said Daniel Sledge, lead outreach paramedic with the Williamson County EMS Mobile Outreach Team.

The spike in overdoses is calling into question a recent decision where the Austin Police Department did not accept a Narcan donation that would equip every officer.

Narcan, the FDA-approved opioid overdose reversal drug, can be lifesaving. It’s carried by law enforcement agencies across the country.

“I imagine that members of our community who have loved ones who struggle with opioid addiction would be heartbroken if an officer could have saved their family member's life, but was not able to because of an executive decision not to distribute the free Narcan that was given to our department,” said Thomas Villarreal, vice president of the Austin Police Association.

Police Chief Brian Manley said the decision to not accept the free Narcan was made by several – not unilaterally by him as the department leader.

“This is not a decision that, as a police department, we just said, ‘No, we're not going to allow our officers to have that.’ This is a decision that comes through in discussion with the medical director's office and at their directions or is what we should and should not do,” Manley told KVUE late Tuesday.

He said it’s out of the scope of what officers do day in and day out, and that training the entire department on how to administer Narcan, which is a nasal spray, isn’t something that would be appropriate based on other resources available.

“We're fortunate in Austin that we have a very robust EMS and fire service that have got excellent response times and regularly beat us to these medical calls,” Manley said.

In February, a spokesperson for the Austin Fire Department told KVUE that firefighters do not carry Narcan.

A spokesperson for the police department told KVUE the five recent overdose-related deaths could not have been prevented had Narcan been administered.

“In four of the five incidents, the decedent could not have been saved, as we were not notified until after they had passed. In the other incident, EMS arrived on scene before APD and administered the potentially life-saving drug but was unsuccessful in their attempt to revive the individual,” an APD spokesperson said in an email.

On Tuesday, Austin City Councilmember Natasha Harper-Madison’s office told KVUE she plans to bring up these issues in the council’s Health and Human Services Commission.

“She’s interested in both exploring ways to expand the availability of Narcan as well as the disturbing rise in overdoses during this pandemic,” Harper-Madison’s office told KVUE.

For Villarreal, it still doesn’t make sense why the donation was turned down.

“If this Narcan could be put in our patrol officer’s hands and they could save even just one life, then it's a net gain,” Villarreal said.