Sgt. Mike Crumrine defended the most recent use of tear gas by Austin police officers 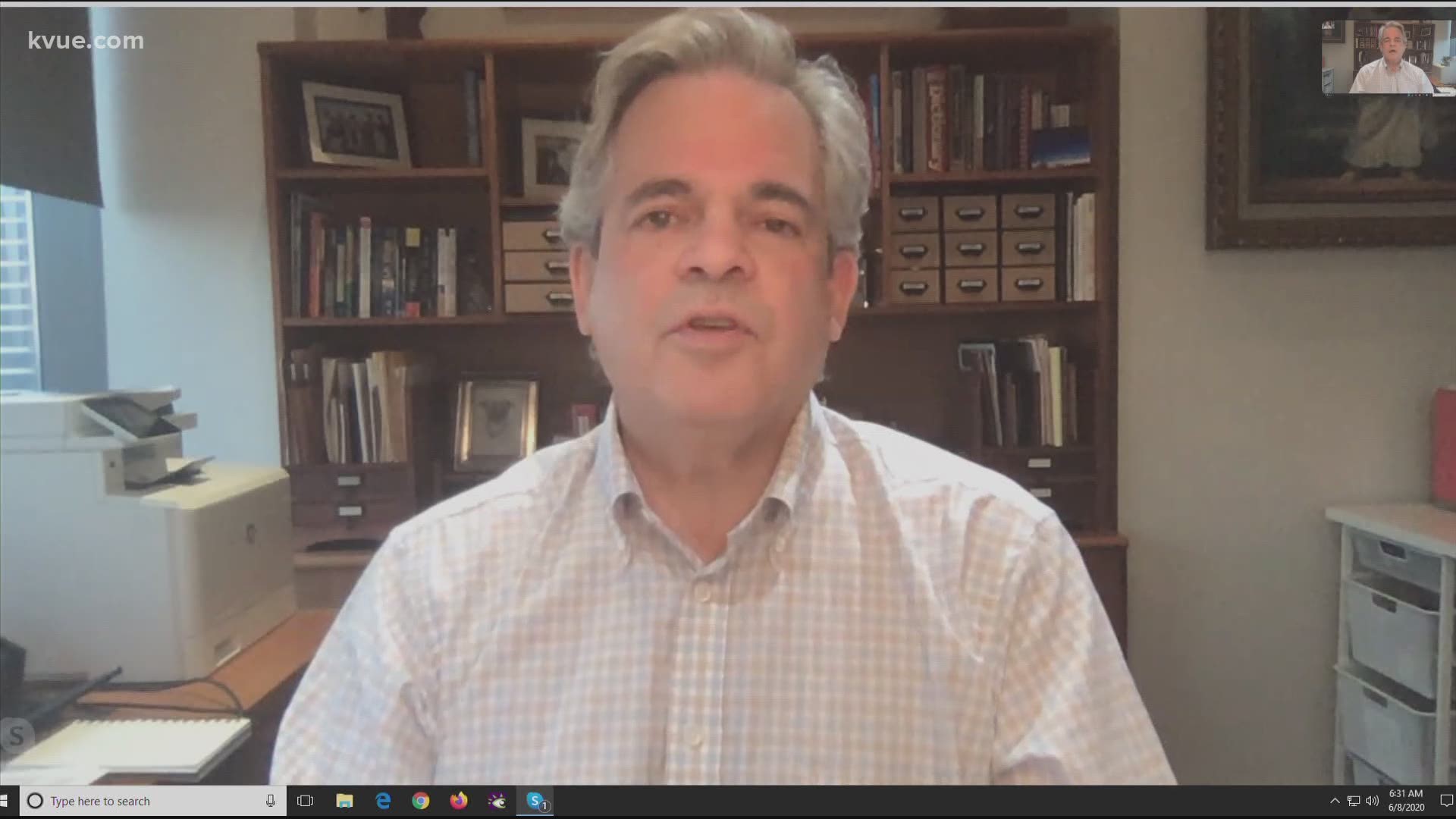 AUSTIN, Texas — The Austin City Council’s newly created Public Safety Committee met virtually on Thursday as part of the first of a series of workshops to explore police reform.

At the center of the discussion was the police department’s general orders and tactics, including the resolution councilmembers approved at a meeting on June 11, which banned the use of tear gas and the use of force against people fleeing in a vehicle or on foot.

The purpose of the workshop was to discuss how the resolution approved by City Council in June may be challenged in the future, Flannigan said.

Crumrine defended the most recent use of tear gas by Austin police officers, which occurred on Sunday, May 31, during protests against police brutality.

At the time, protesters had walked onto Interstate Highway 35 near the Austin Police Department headquarters and blocked traffic. Crumrine said the protesters’ actions warranted the use of tear gas.

“When we are faced with a situation where we have to clear a large area, CS [tear] gas is an option for us,” he said.

“We can physically try to remove people. That takes a bunch, quite a bit more, resources than what we have available to us. There’s always the potential the other individual is going to get hurt and/or the officers are going to get hurt as well. That’s the last thing we wish to do,” he said.

Pinon argued people who inhale tear gas can face some long-term health effects, including the degradation of mucus membranes in their cells.

“It also harms everyone that it touches, irrespective of what that individual is doing at the moment,” Laurin added.

Villarreal, who also serves as the vice president of the Austin Police Association, argued the use of tear gas during the protests on May 31 was “an outlier” and that it’s used most often in barricaded-subject situations.

The committee members and panelists also discussed deadly use of force, less-lethal munitions, de-escalation, chokehold use and military equipment.

The next workshop will happen virtually on Thursday, July 9, at 2 p.m. to discuss APD’s budget and examples of alternatives to policing.

You can learn more about police reform workshops online by clicking here.