The Austin Justice Coalition made the announcement at a press conference on Tuesday. 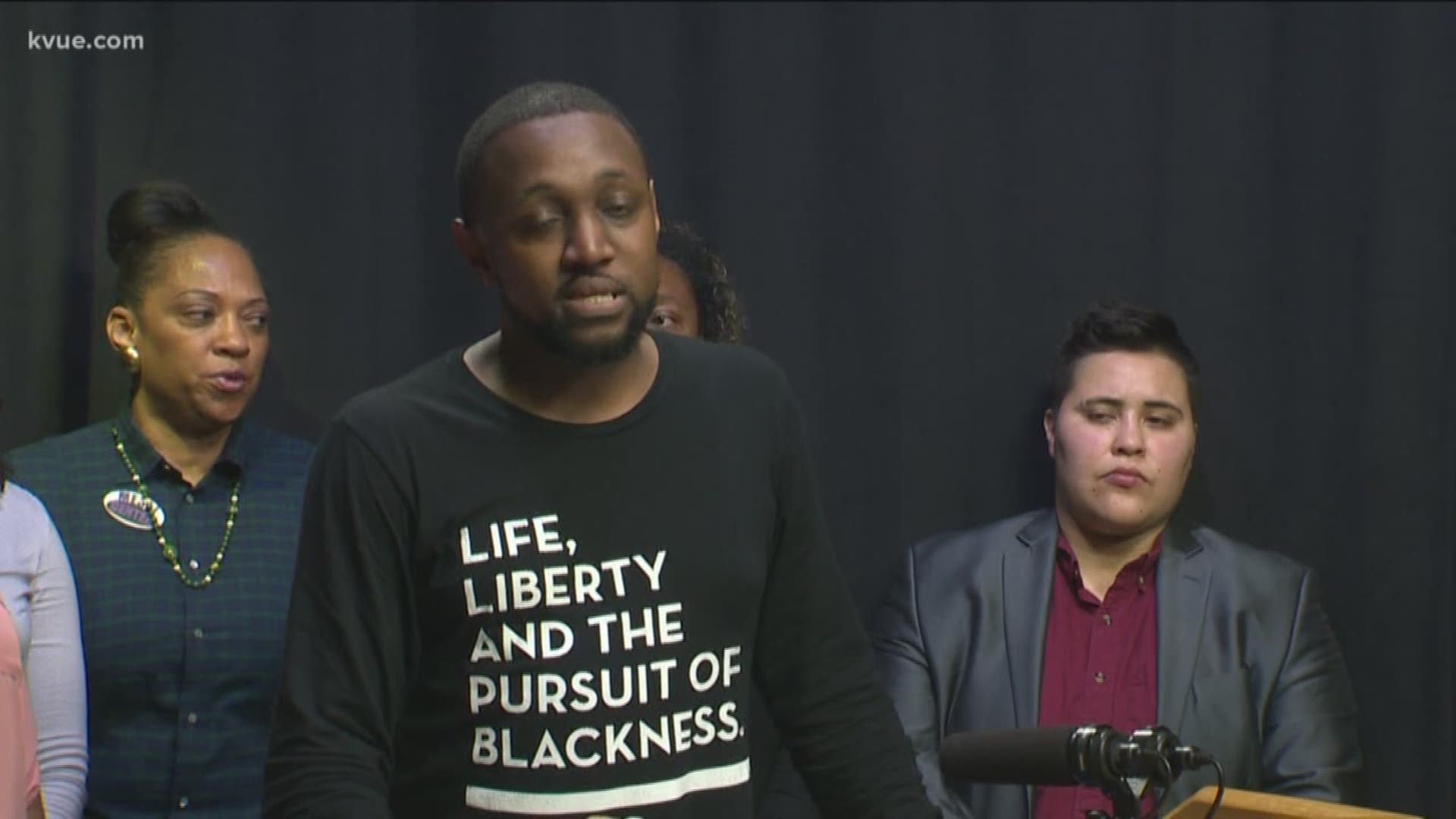 AUSTIN, Texas — According to the Austin Justice Coalition (AJC), several Austin police officers of color have come forward claiming they're being retaliated against by their peers for speaking publicly about allegations of racism within the department.

AJC Executive Director Chas Moore made the announcement at a press conference at City Hall Tuesday evening, along with Councilmember Natasha Harper-Madison and several community leaders.

"We just find it odd that people of color – black men, black women, brown men, brown women – are now being accused of the same racism that they are accusing the police department of themselves," Moore said.

Moore wouldn't go into detail about the claims of retaliation but he said the claims include officers accusing these officers of color of being racist for their outspokenness against racism.

"People in the powerful class and position accusing the people that have been historically oppressed for years, decades, of racism is just absurd to me. It's just not possible," he said.

Moore said the alleged retaliation is coming from fellow officers, not members of the executive level of APD.

"I think it's very convenient that now that these people are now speaking out, that now they're being under investigation for very petty things that I would assume adults could just talk about and squash out," he said.

Harper-Madison said at the press conference that this type of retaliatory behavior against officers of color must be called out.

"We need people to recognize that impeding on the investigation doesn't necessarily further their cause. It should be counter-intuitive, counter-productive is what it really is. You want the best to represent our city and the police department," she said.

At the press conference, Harper-Madison also announced that the findings of the preliminary investigation authorized by the city manager into allegations of racism within APD by a former assistant chief will not available next week.

Instead, the city manager has given the investigator until February in order for her team to complete a thorough investigation.

"We have to root racism out of the Austin Police Department. There's no way around it. And the men and women who do this job, who do it well with dignity and honor, they want that, too. This is not an anti-police perspective. This is a pro-, one-unified Austin perspective," Harper-Madison said.

In an email to Mayor Steve Adler and others, Austin City Manager Spencer Cronk discussed the claims of retaliation:

"It is my expectation that people can speak out about any issue within our city government, and can do so without fear of retaliation.

To further that point, all city employees not only have the right, but also the obligation, to speak to issues of institutional racism and systemic bias.  People coming forward to bring information and insight and to be part of the larger community conversation is encouraged.  While standard operating procedure properly limits people’s ability to speak about a pending investigation as regards a specific allegation, that certainly does not limit anyone’s right and obligation to engage on the larger, institutional issues and they should be able to do so without any fear of retribution."

The City of Austin did not have an immediate comment available regarding the claims brought up at the press conference Tuesday evening.