The officer is accused of referring to a protester shining a laser pointer as "that gay dude." 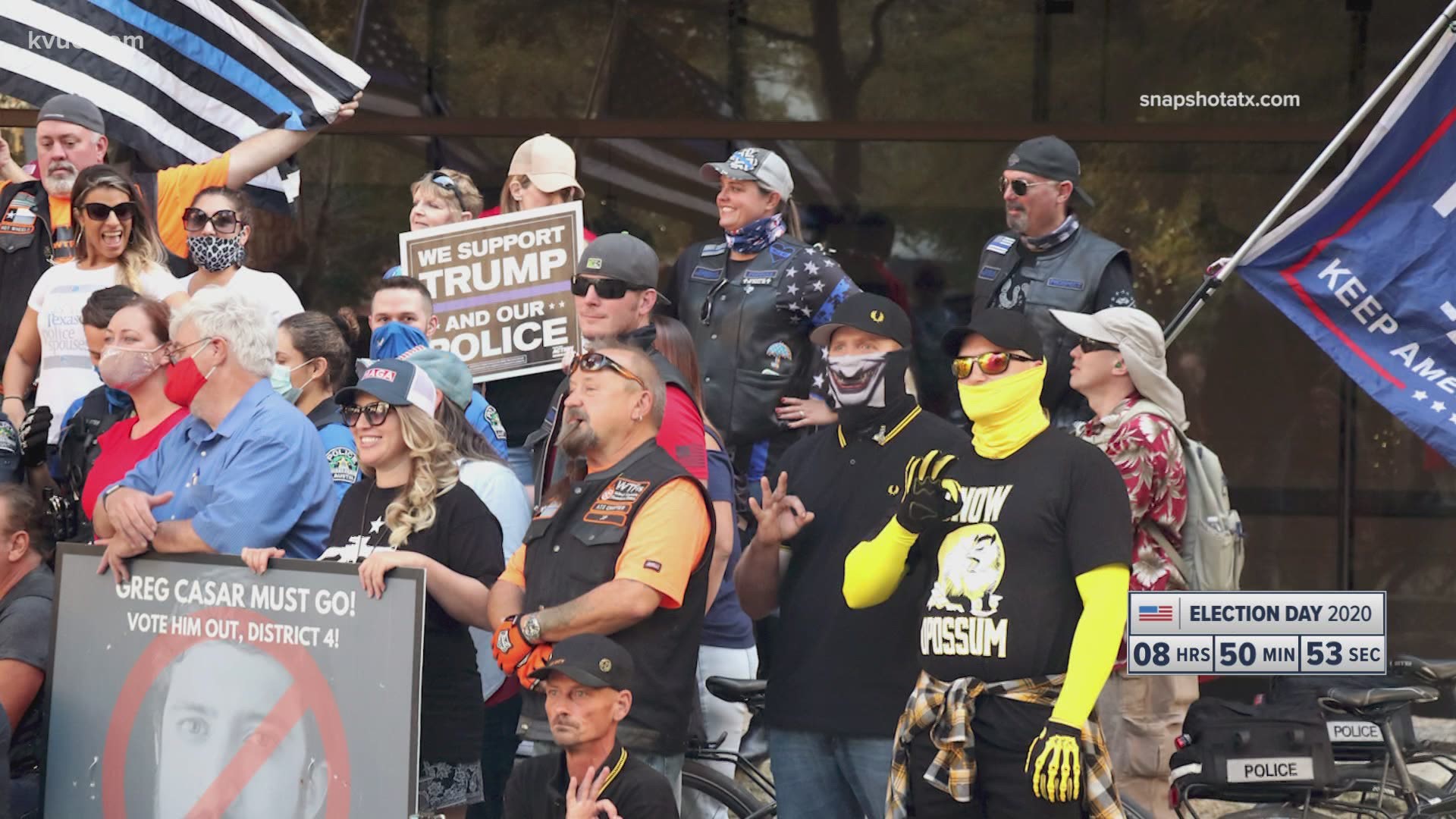 AUSTIN, Texas — An Austin police officer has been suspended for 10 days after he was accused of referring to a protester as "that gay dude."

According to the disciplinary memo obtained by KVUE, Officer Ryan Seweryn was assigned to the Mobile Field Force at Austin Police Department Headquarters on May 30 in response to a large number of protesters gathered outside.

While he was standing in front of the building on the front steps, the memo states Seweryn referred to a protester as "That gay dude with the short shorts in the black shirt," which was recorded on his body camera. The protester was reportedly shining a laser pointer at a police helicopter, which is potentially dangerous and could be considered a criminal act.

The memo states that Seweryn did not take responsibility for his conduct in this case involving the inappropriate comment, which is inconsistent with APD training and expectations. It also states that he did not accept that there was anything wrong with his assumptions, description and the stereotype as he "stumbled through his explanation, only to reiterate the same inappropriate basis" for his description of the protester.

This is not the first time Officer Seweryn has been suspended with the APD.

In a separate incident in March, Seweryn was accused of sending a text message containing a meme to two officers on his shift. The meme included a photograph with added captions of a current APD officer, which was taken when the officer was 17 years old and arrested for a low-level crime.

One of the officers who received the text message reported it to a supervisor, advising that they found the message inappropriate and disrespectful.

According to the memo, Seweryn acknowledged that he violated the APD's General Orders when sending the photo and that his "failed attempt at 'humor' was unwarranted, unprofessional and discourteous to his co-worker."