The APD announced Tuesday that the department is now caught up on a backlog of sexual assault kits, and that current kits are being submitted as they come in. 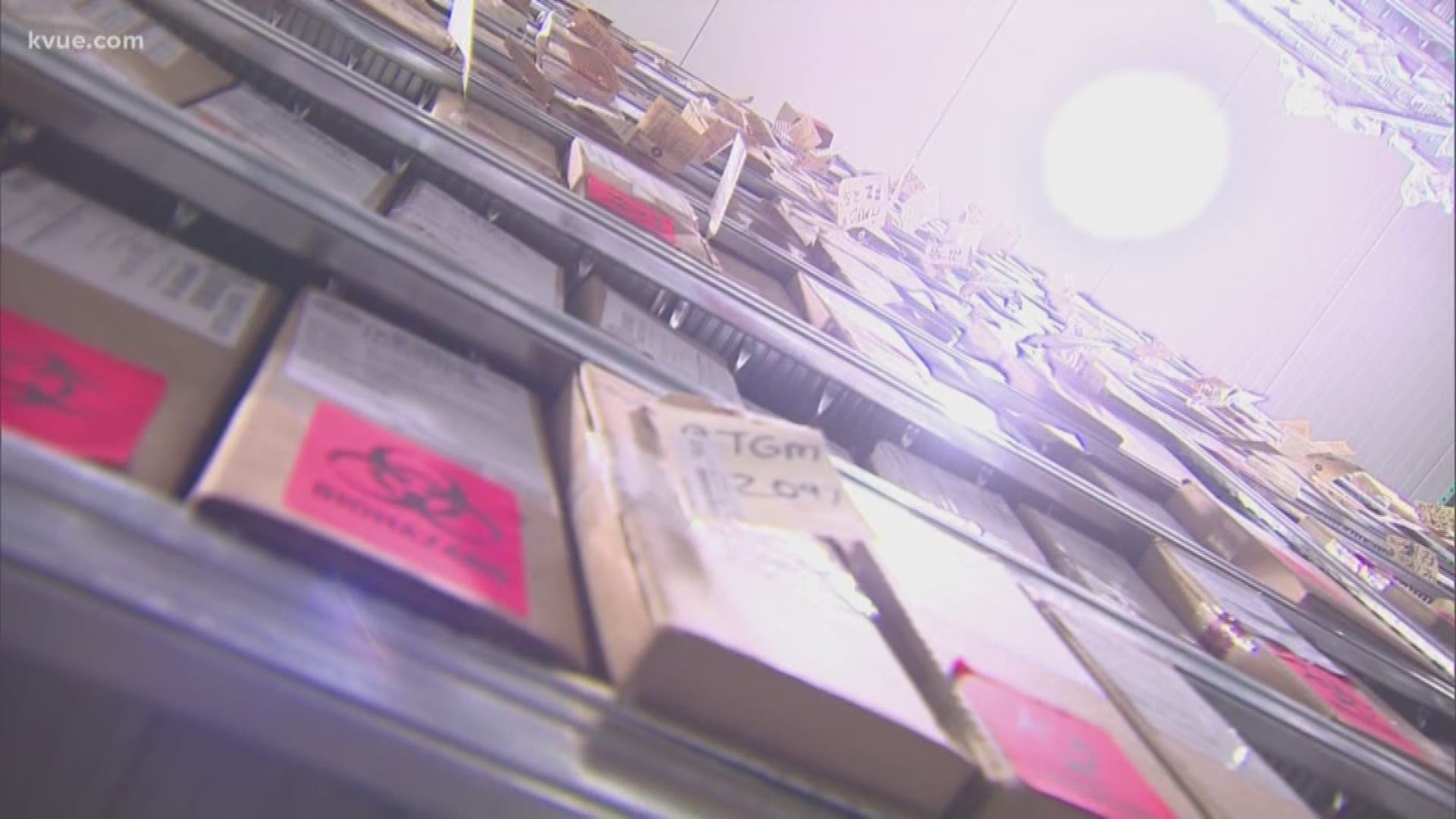 AUSTIN -- Interim Austin Police Chief Brian Manley announced on Tuesday that the department is now caught up on a backlog of sexual assault kits first reported in 2017.

Manley said that the Austin Police Department has officially submitted the last batch of sexual assault kits and that the APD's backlog was similar to departments around the country.

"Where we stand today, our kits are caught up and we are submitting kits from current assaults as they come into the department," Manley reported.

At the press conference Tuesday, Manley stated that as of October 2017, 4,080 cases were backlogged, dating as far back as the 1990s.

Manley said grant money to accomplish the task was awarded through the DANY Program, along with money allocated through the police department.

Manley reiterated that sexual assault is one of the most underreported crimes and urged victims to come forward to help bring offenders to justice while protecting future victims from similar assaults.

According to Manley, the fully staffed DNA lab is currently operated through a partnership with the DPS and they are focused on cases that come in through the APD. A group of officials -- including members of the APD, the City of Austin, the District and County Attorney's Offices, the county judge, the Texas Defense Bar, the Texas Forensic Science Commission and many others -- are currently working to address the future operations of the lab in regards to the initial backlog problem, he said.

The press conference follows previous reports from 2017 that officials found mold on a backlog of 850 kits.

About 1,600 samples were in a refrigerator where the mold was discovered. After learning of the situation in late April, Austin police officials immediately had workers improve the unit's seam to help keep moisture from coming in. After which, police spent nearly $20,000 on new equipment, including a dehumidifier, to help reduce the chances of mold in the future.

According to a prior KVUE report, there is no law in Texas requiring kits to be tested within a certain time frame.