Police told KVUE there's a possibility the man was homeless and are currently calling his death suspicious. 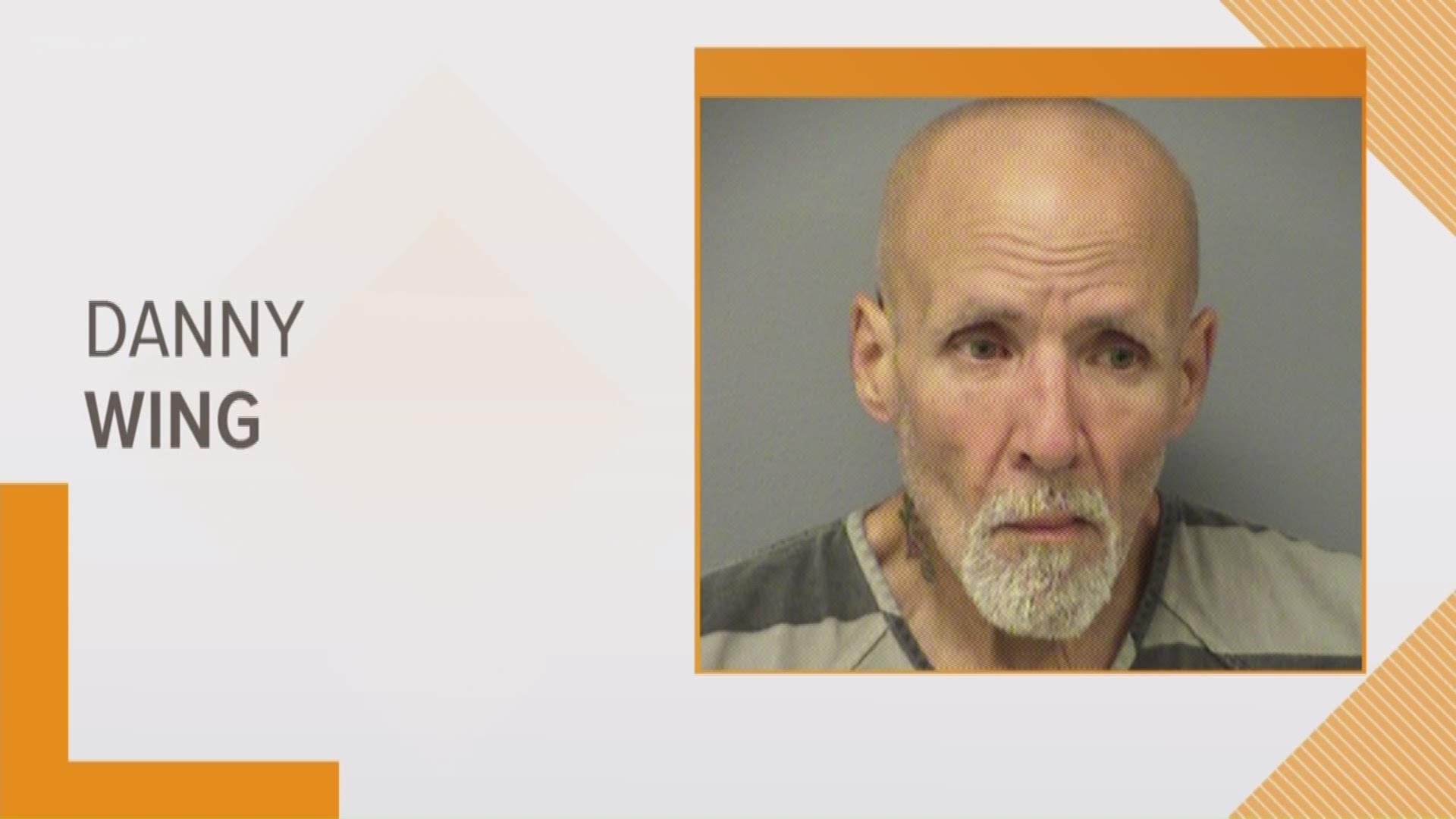 AUSTIN, Texas — The Austin Police Department is investigating after a man was found dead in southeast Austin early Thursday morning. On Friday, police said they have arrested 61-year-old Danny Wing in connection to the crime.

The deceased was found at a homeless camp on St. Elmo Road near Pleasant Valley Road.

According to Austin police, they received a call at 12:30 a.m. for officers to respond to a welfare check. The caller reportedly told police that his friend told him to call officers, but it's not clear at this time if that friend was the victim.

The same person who made the complaint called again and reportedly told officers his friend had been shot.

Officers said they found the man in front of a tent in a wooded area off Todd Lane with trauma to his body. The man died just before 1 a.m., police said.

After speaking to witnesses, police learned that a man had come to visit someone at the camp who was speaking with Wing at the time. That male then approached the men and extended a handshake to Wing. Without warning, Wing reportedly pulled out a handgun and shot the man in the upper torso. After he fell to the grown, witnesses said Wing shot him again.

A murder warrant was issued for Wing on Thursday. He was later arrested by the Lone Star Fugitive Task Force.

The deceased's identity is being withheld until his next of kin is notified.

This is an ongoing investigation. Check back for updates