Austin police identify man killed after falling off flyover during icy weather; one charged with DWI

Police said another vehicle sliding on the ice forced him over the edge. 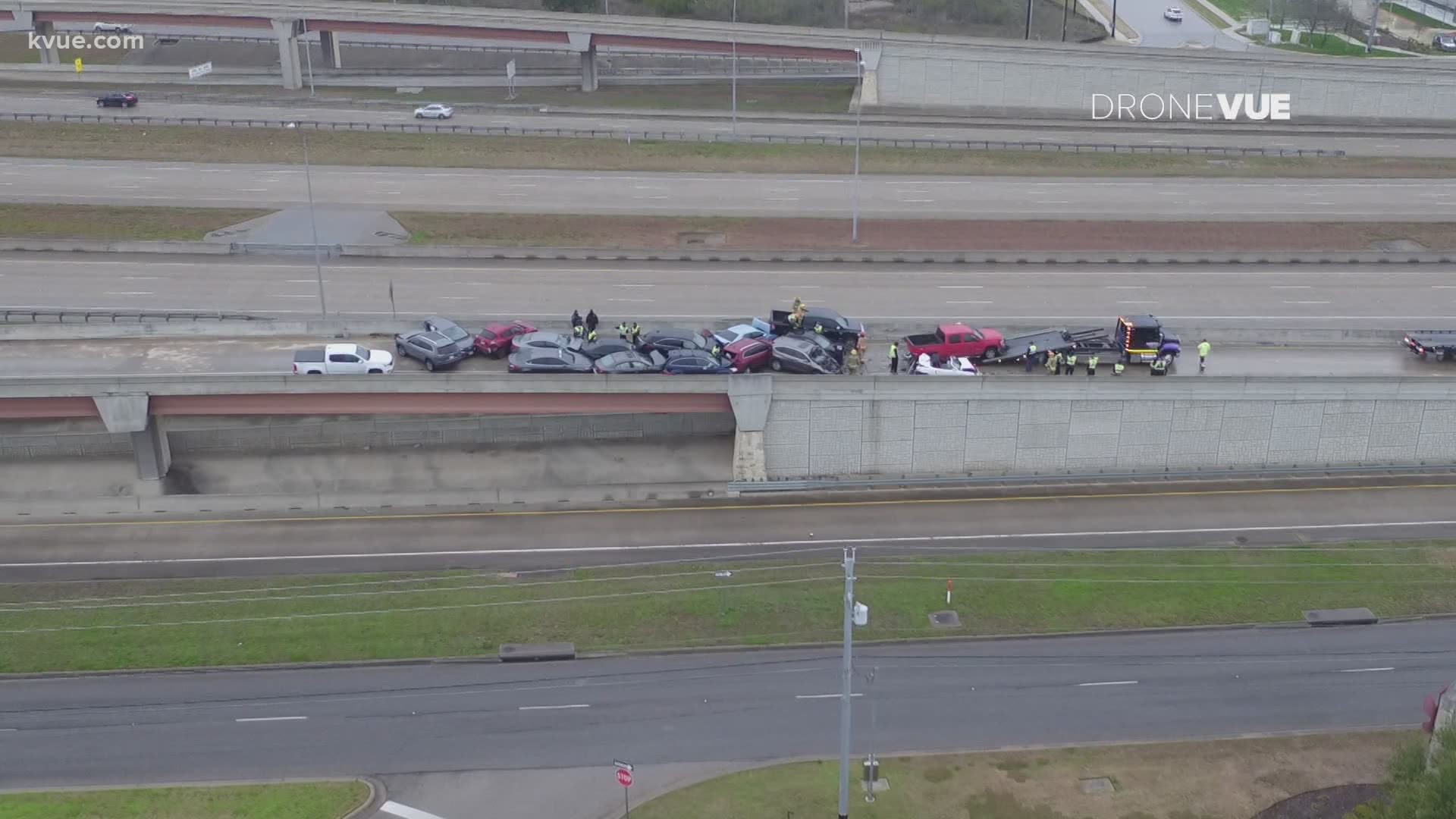 AUSTIN, Texas — The Austin Police Department has identified a man killed after falling over the West 290/MoPac flyover on Feb. 11.

Based on the preliminary investigation, police said Eric Anthony Torres, 33, was driving in the area when he hit a retaining wall. When he exited the vehicle to assess the damage, police said Victor Sverdlin, 33, attempted to drive around him. Sverdlin's vehicle then began sliding toward Torres due to the icy conditions, eventually forcing Torres over the edge of the flyover and onto a grassy hill below.

Sverdlin was arrested and charged with driving while intoxicated and booked into the Travis County Jail.