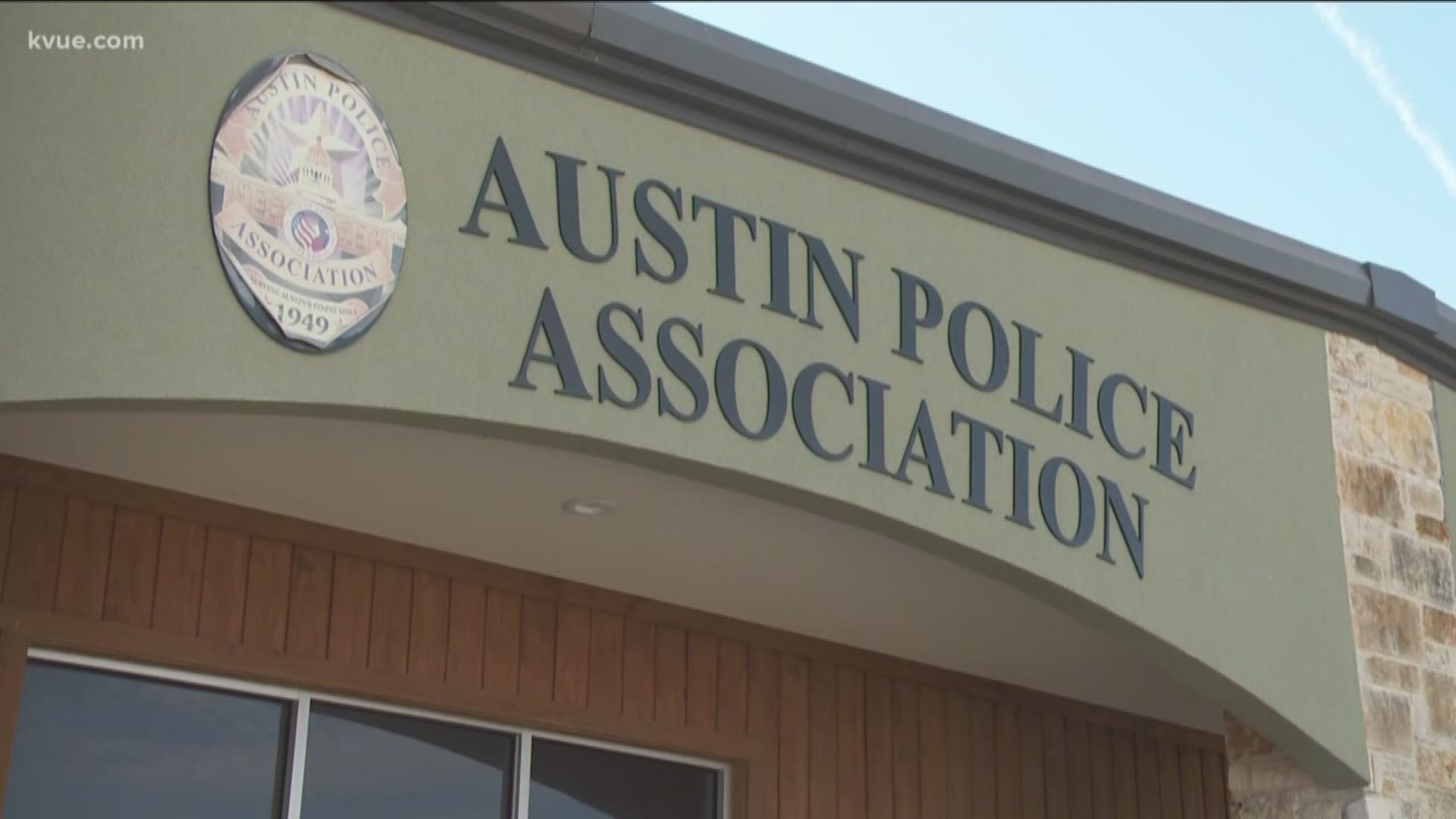 "The APA are proud to say we were the first to take action when we heard the disturbing allegations come out during the Jason Dusterhoft arbitration," Casady said. "Many of the people standing before you requested an outside, independent investigation. It was after requesting the investigation, a whistleblower's anonymous complaints were made public to the media. The alleged comments in the complaints are disgusting, which includes language and behaviors that will not be tolerated by myself, the APA, Board of Directors, or the members of our association."

"We welcome Lisa Tatum to come and give us an open and honest investigation," Casady said in a Nov. 25 press conference. "Hopefully, it will shed light into the horrendous allegations made against an assistant chief and any systemic issues within the police department."

Casaday also thanked Cronk for the investigations but warned against stalling new cadets from entering the police force.

City council is scheduled to vote on a resolution that would put new Austin police cadet classes on hold until Fall 2020 while investigators dig into the allegations of systemic racism within APD.

“We welcome more training of our police officers, and we welcome a thorough, honest review of our departmental practices,” Casaday said. “What we don’t welcome is the stoppage of any police academy.”

Casaday said there are 170 vacancies in APD. There are 1,789 officers in the department out of 1,989 that they're allowed to have, according to Casaday. He said the shortage prompted Chief Manley, who has come under fire for his handling of Newsom’s case, to put a freeze on transfers of patrol officers until April.

WATCH: City of Austin could vote to delay police academy

“Quite simply, this is demoralizing to our officers,” Casaday said. “The citizens of Austin and our officers are in danger with a staffing shortage of this magnitude. Any stoppage most likely will cause irreparable harm to our department which could take years to recover from.”

Chandra Ervin, president of Texas Peace Officers Association (TPOA), which represents African Americans at the police department, also spoke about the allegations against Newsom and Manley's handling of those allegations.

"We're here today because of the action of former assistant chief Justin Newsom and the inaction of Chief Brian Manley," Ervin said. "The TPOA Board view these statements by former chief Justin Newsom against African American officers as an example of racial intolerance and bigotry allowed to fester and take root in this department."

Ervin told the media that Newsom spoke in a similar manner about all the African American officers in the force, not just the two referred to in the complaint.

"Although we did not hear him say those words, we still felt the same sting of racism," Ervin said. "We find the inactions of current Chief Brian Manley implausible and unacceptable."

Ervin said in the press conference that Manley failed to take appropriate action despite having full knowledge of Newsom's "insensitive and racial statements" and permitted Newsom to continue to make decisions over minority officers.

"What you permit, you promote," Ervin said. "How can APD expect to hold officers accountable if senior leaders are not held to the same standard?"

Michael Crumrine, president of Lesbian and Gay Peace Officers Association, echoed the sentiments of Ervin and Casday. Crumrine said he and his organization would not tolerate Newsom's alleged remarks and Manley's handling of those alleged remarks.

"Chief, you were negligent to immediately open an investigation," Crumrine said.

The last speaker at the press conference was Sgt. Melanie Rodriguez, president of the Austin Police Women's Association (APWA).

"The failure of leadership that has occurred in the last few months at the Austin Police Department has shaken the foundation of the officers that serve the city of Austin," Rodriguez said. "The action or lack of action from the executive staff do not represent the fine men and women that show up to serve every day. I have confidence that the independent investigation will shed light on the inequity of treatment between executive staff and the rank in file."

Rodriguez finished her statements by saying she and the APWA demand that APD leadership do the right thing every day, every time and for everyone.

"I am aware of today's news conference and look forward to the outcome of the independent investigation. I have been clear about my actions concerning these serious allegations. Again, the anonymous email was immediately forwarded to city management and the Office of Police Oversight when I received it on October 7 to determine if the person had possession of the alleged text messages. The email sender stated they did not want to be contacted for fear of retaliation, so I asked the Office of Police Oversight to make contact instead of the department. I followed up with the Office of Police Oversight on October 24, and the complaint with four alleged comments was received the following week. The former assistant chief named in the complaint was not aware of my actions at any time. I have apologized for any concerns about my actions and the damage caused by the alleged statements, which do not reflect our department's or community's expectations and values."