The mayor talked about the city manager, the police budget and he shared his thoughts on Texas reopening more. 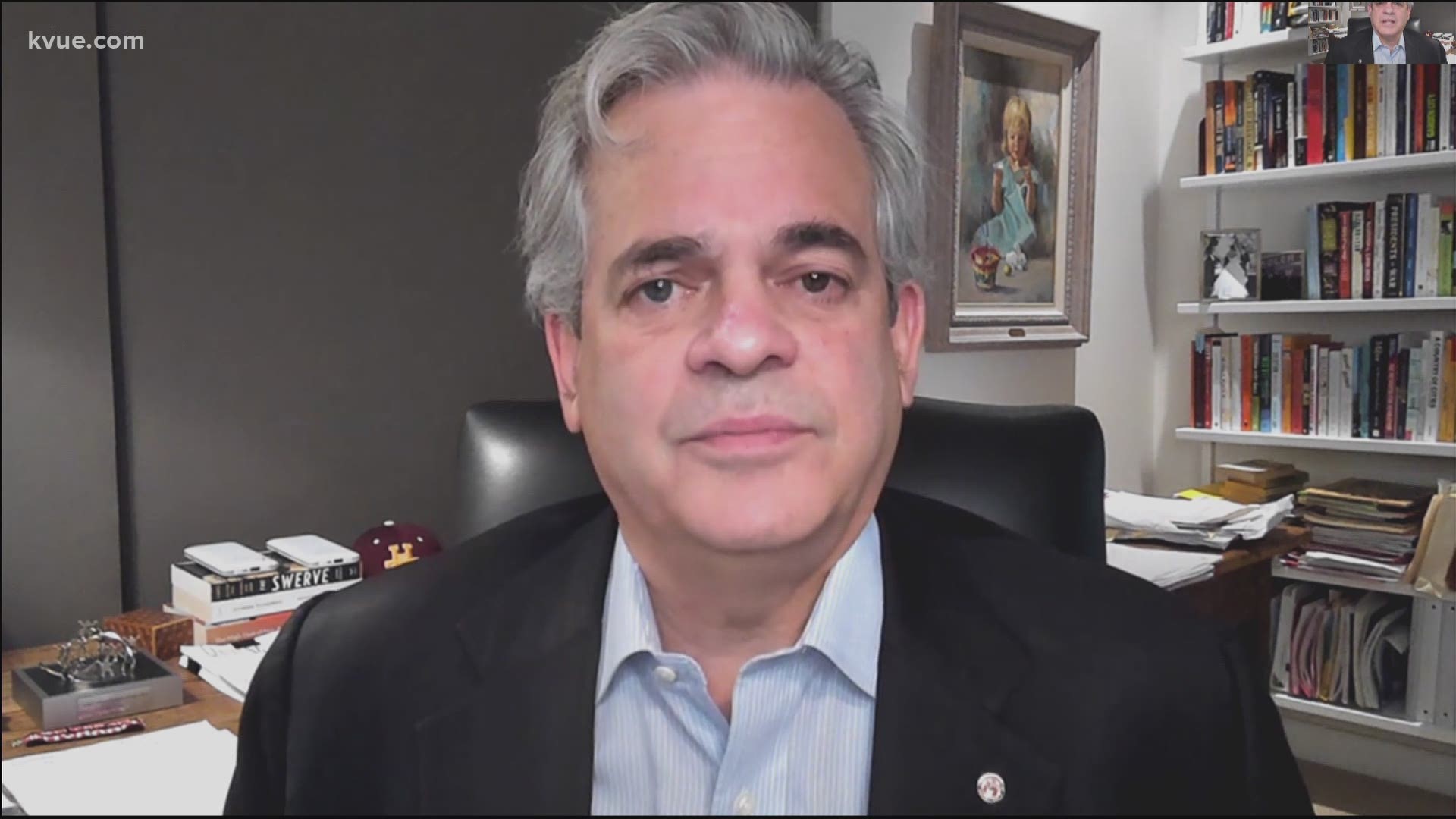 The mayor joined KVUE Daybreak Monday to talk about coronavirus and the latest updates on the Austin Police Department's budget. Here's what he told KVUE's Mike Rush in a Q&A.

Question: The governor is expanding, reopening because he said the number of new cases and hospitalizations have gone down more than two-thirds since late July. He also said our safety precautions, wearing masks, social distancing, are working. He considers this a good balance between health and getting people back to work. But you don't agree. Tell us why.

Adler: "I just think we need to do this and we need to be very cautious about doing it. Certainly, the numbers have gone down and in direct relation to having a mandated masking policy, really proud that cities across the state really forced that issue, because that's really what is what's working for us right now at us. And the numbers have gone down and they've gone down dramatically because people are taking those precautions, masking and doing the social distancing. I would like to see us do this opening slowly. I want us to look at the numbers. It's only right about now we would see numbers from Labor Day. We had 40,000 people visit our city from them, from the hurricane, people coming up, so we had a lot of people in our population. We're trying to open up schools and we have more and more students. The number of infections among young people continues to go up. So I just think we have to be really cautious as a community. I think we can make this work if everybody stays real vigilant about wearing their masks."

Question: Last week, the city council had a performance review of City Manager Spencer Cronk. How did that go?

Adler: "I think it went well. We know we're having a lot of conversations right now because there are a lot of things that are going on when you think about all the things that this city manager had to deal with, not only the pandemic and the impacts on the economy, but we had a huge flood and we had to do deal with it with a bomber come in our town. So we're going to continue to work really closely together because we have to. These are extreme times and the city government, as well as families and businesses across the city, are just being as stressed to the max."

Adler: "I mean, ultimately, the council doesn't hire or fire the police chief. Our direct report is the city manager. So I'm holding the city manager responsible for making sure that the community is safe, making sure that we take advantage of this opportunity to see if we can not count on our police to be our social workers or our first responders so the managers know what I'm going to hold responsible. And then he has to make sure that everyone on staff, including the police chief, that is working for him, get this job done."

Question: Do you think that he should move back? Demote him and take another action with the leadership of the police department?

Adler: "Ultimately, when you have someone who has the responsibility to get the job done, if you tell that person how to get that job done, then that person is no longer responsible for that. I want in a very singular kind of way for the manager to know that it is on him and all the decisions that he makes he's going to be responsible for."

Question: Let's talk about the police budget, which is continuing to be a controversial topic. Last week, a new political action committee announced that it was gathering signatures for a recall election to get you and some council members out of office, and one reason was the police budget cuts. That group said that you are not listening to what the people want. How do you respond to that?

Adler: "I think this entire council is listening to what the people want. Obviously, there's a wide divergence of views here. But I think that most of the people in our city want us to continue to be, as we are, one of the safest big cities in Texas and one of the safest big cities in the entire country. And we would do that by constantly trying to make our city safer and safer. I think that our community supports us bringing in more mental health first responders, bringing in more shelter opportunities for women who are in abusive households. Our community wants us to get people off the corners and out of tents and into homes. Every one of those things will continue to make our city even safer. Every one of those things will reduce the responsibilities that our police have to take for us so that they could actually focus on crime. And I think that's what the community wants us to do."

Question: National polls suggest that most people do not have a taste for defunding the police. A Gallup poll finds 73% think that police spending should either be the same or increase. Then there's an ABC poll showing only 39% support the type of actions that Austin is taking, reallocating money from the police to other public health and social programs. And then there's an Austin Police Association poll finding that 77% of those who responded oppose measures to defund the police department. So has the city done its own polling to see how Austinites feel? And if not, how do you know for certain that this is what the people want?

Adler: "Well, I'm against defunding the police myself. I support the police and think that they do an incredibly important job in our community. And one of the reasons why it really does as well as it does is because of our law enforcement. So when questions get asked in polls about defunding, I would answer those questions the same way most people do. At the same time, in our city, based on the number of people that contact us, we have elections that are now taking place for half of the city council. They are up for election in November. Just a few weeks from now, people are going to start voting. That ultimately is the real poll on issues like this. We've got a community for several years that take a look at the number of mental health response cases, calls that our police are wrong and recognize that Austin has the highest rate of those calls going badly of any city in the country. And we're being asked to do to help with that, to fix that."