Windows at the headquarters have remained boarded up after numerous protests outside the building over the past year. 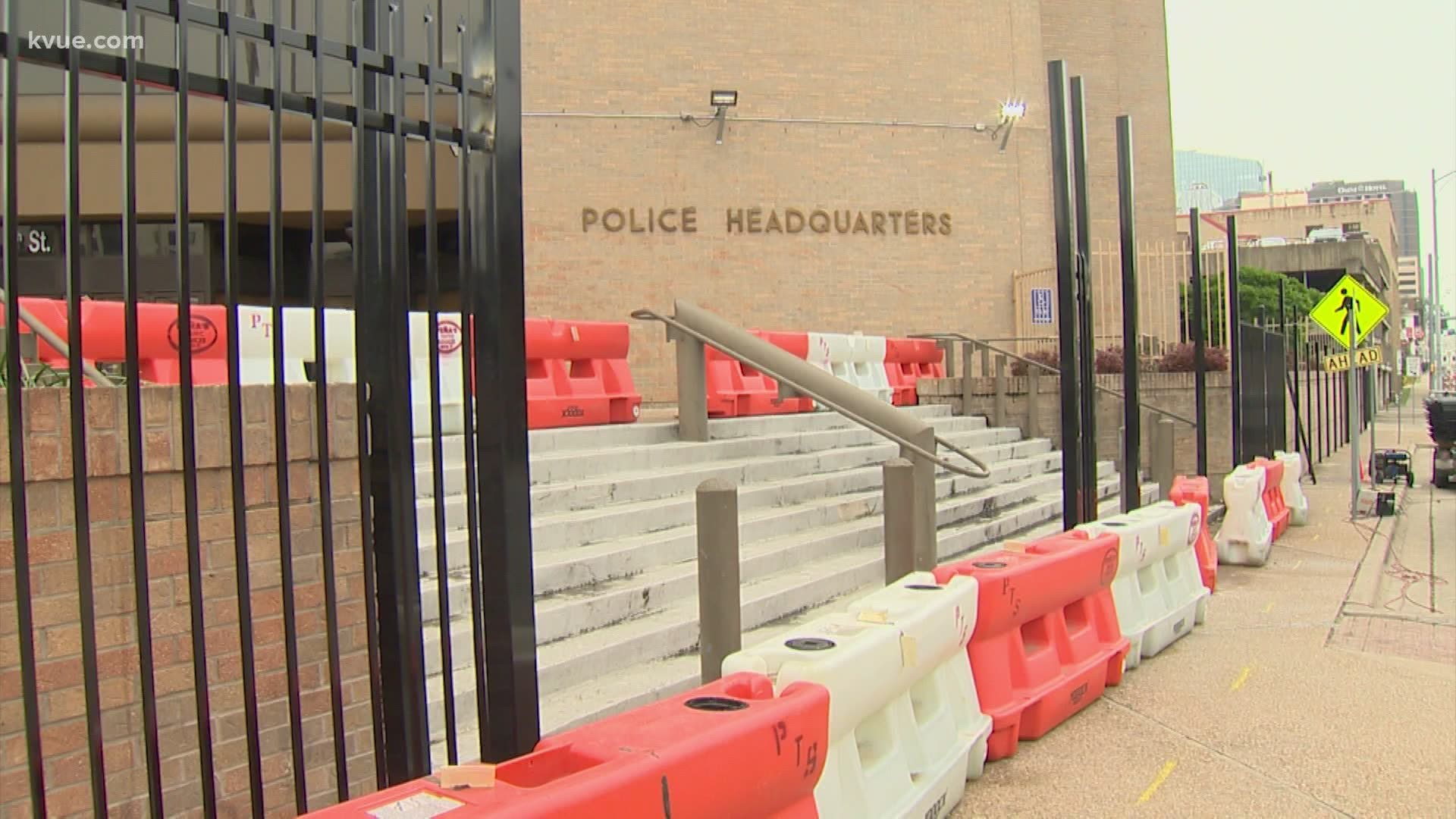 The Austin Police Department has started constructing permanent fencing outside of the front steps of its headquarters in Downtown Austin.

The building, located at 715 E. 8th St., was the focal point for numerous protests and demonstrations against police brutality that began in May 2020 and continued into the summer.

During these protests, the APD headquarters were heavily vandalized, including with spray paint and small fires. As of Thursday, windows to the department remained boarded up after the numerous demonstrations over the past year.

KVUE has reached out to the APD for a statement. This story will be updated once received.

The new fencing was spotted on the same day Gov. Greg Abbott held a roundtable discussion on public safety in Austin. However, an APD spokesperson said construction began weeks ago.

After the Austin City Council voted last year to cut funding from the APD's budget, Gov. Abbott said he believes cities like Austin have turned their backs on law enforcement officers and that, after speaking with APD Chief Brian Manley, Texas will make it "fiscally impossible" for the city to continue defunding the police.