In August, two APD officers died from COVID-19. Now, the chief and the director of the Health and Wellness division are pushing officers to get vaccinated. 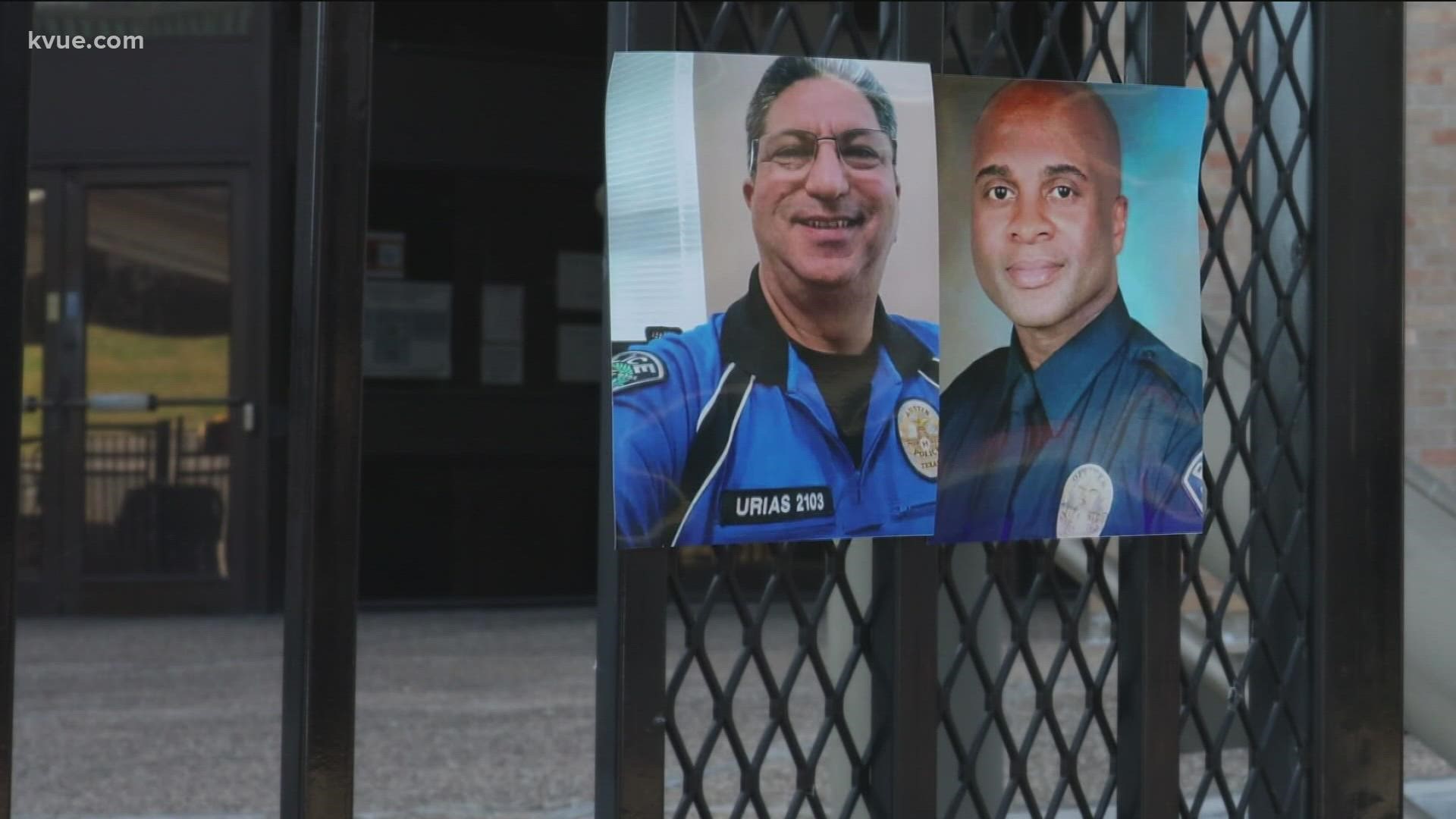 Back in August, two Austin police officers died from COVID-19. Their funerals were held within one week of each other. Now, people in the department are trying to make sure the chance of this happening again is low.

It was a painful loss felt throughout the Austin Police Department.

"Officer Randy Boyd was kind of the model police officer, and to have that person suddenly gone just like that because a bug you can't see, it's heartbreaking and obviously devastating for everybody in that family," said APD Chaplain Rick Randall.

"As you can imagine, if a member of your family passed away ... it's incredibly hard," said Chief Joseph Chacon.

Just a day after announcing Officer Boyd's death, APD lost another. The funeral for Sgt. Steve Urias was held the following week.

The services were presided by Chaplain Randall. He performed both funerals, and it wore on him.

"We had never had this many employees die in such a short period of time. As the senior chaplain for the Austin Police Department, I've done six line-of-duty deaths over 20-plus years, but to do two within a month, within a couple of weeks of each other...," he said.

Officer Boyd and Sgt. Urias are two of the 168 officers statewide who have died from COVID-19, according to the Combined Law Enforcement Associations of Texas. Both of them were unvaccinated, even though the vaccines were available.

"You know, it's really affected us as a police family, the fact that we've lost two people," said Chief Chacon. "You know, I don't want to see any more of these kinds of instances."

Both Chief Chacon and Chaplain Randall feel that the vaccine is their best way to prevent more loss.

"As a department, people were going, 'I can't do another funeral, I just don't have the capacity,'" said Chaplain Randall. "Which contributes to why we're doing this vaccine video."

It's a video they're shooting with the help of Lt. Lawrence Davis.

"This disease is real, it's aggressive, it's extraordinarily serious, and it happens in the blink of an eye," said Lt. Davis.

All of those thoughts come from his first-hand knowledge.

"I'm the guys who worked out seven days a week, jumped up, ran five miles. I'm sure I'm going to live to 100," said Lt. Davis. "But to be wrestling with those thoughts and, say, this might not work out."

Davis contracted COVID-19 before the vaccine was available. He said even today he's dealing with the effects of the disease. He's lost 30 pounds, has trouble catching his breath, and still has a mental fog on some days.

"I'm taking that opportunity to make myself vulnerable, to share my experience so that somebody else doesn't have to go through that experience," he said.

His experience is something Chaplain Randall hopes helps others realize the seriousness of the disease.

"So these are real consequences, that if you can prevent people from going through that, by encouraging them to get vaccinated, I think it makes sense," said Chaplain Randall. "And he wants to tell his story. He was a close friend of Officer Boyd."

Lt. Davis and Officer Boyd texted while Boyd was in the hospital.

"Randy I knew as a close personal friend, I knew him as a...," he said, struggling to find the words. "He was a really wonderful, incredible human being. So, the shock of it, the experience of it was rough. It is rough."

It's an experience that he hopes no one else has to go through. Currently, a little more than 60% of officers at APD are vaccinated. About 55% of the force was vaccinated by the department's open clinics. Chaplain Randall estimates another 8% have gotten the vaccine from other places.

All of them hoping that the two they lost are the last.

"I think that it's important for people to understand none of us are immune from it," said Chief Chacon. "It has not gone away, and we need to do everything that we can to protect ourselves."

"It's a great tragedy that we've lost two officers, but we have been able to prevent severe illness in this population," added Chaplain Randall. "If we can attack this virus, overall, we're benefiting the community." 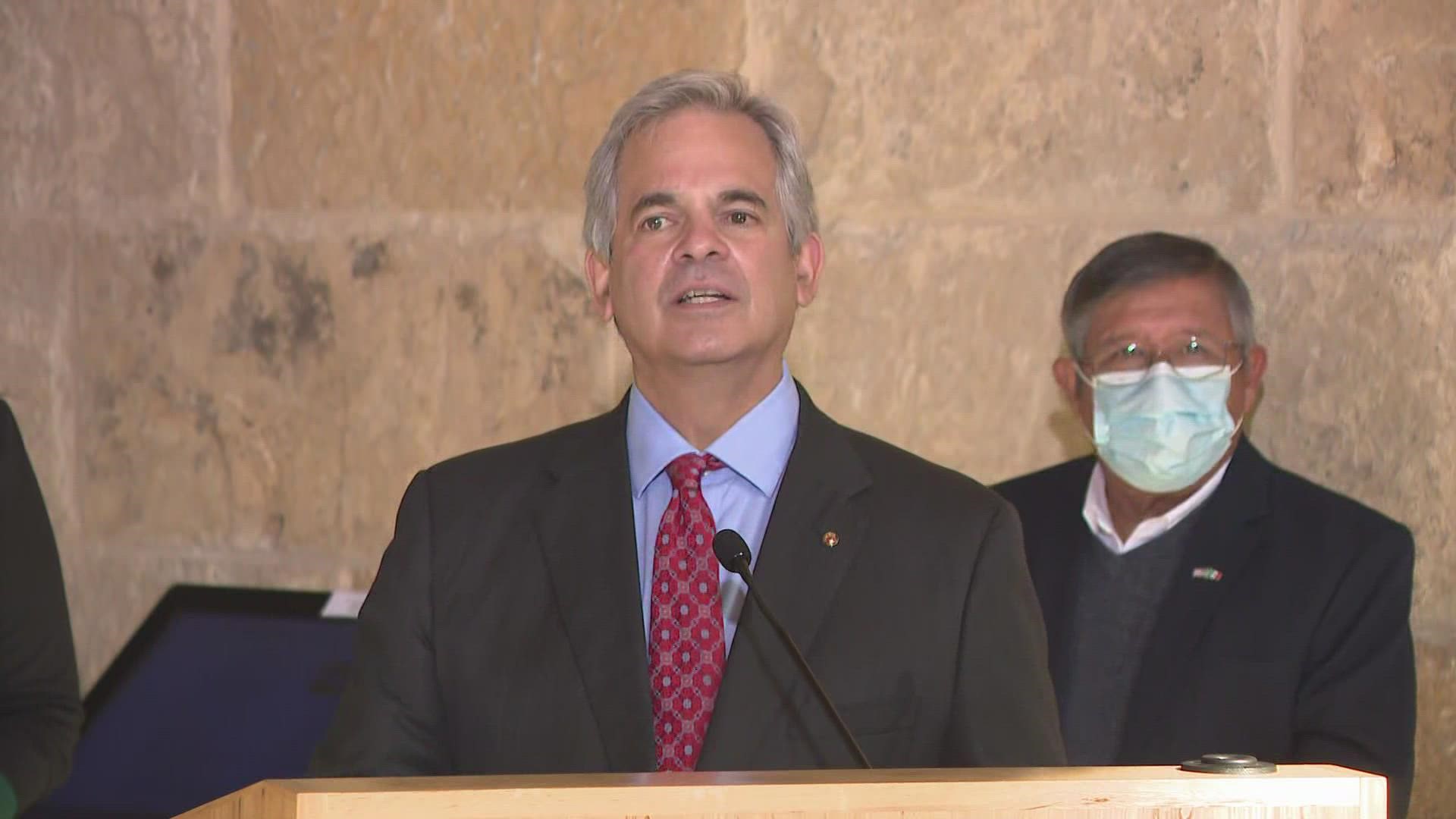