City Manager Spencer Cronk hopes to announce a new chief of police before the end of August, according to a city press release. But who will it be? 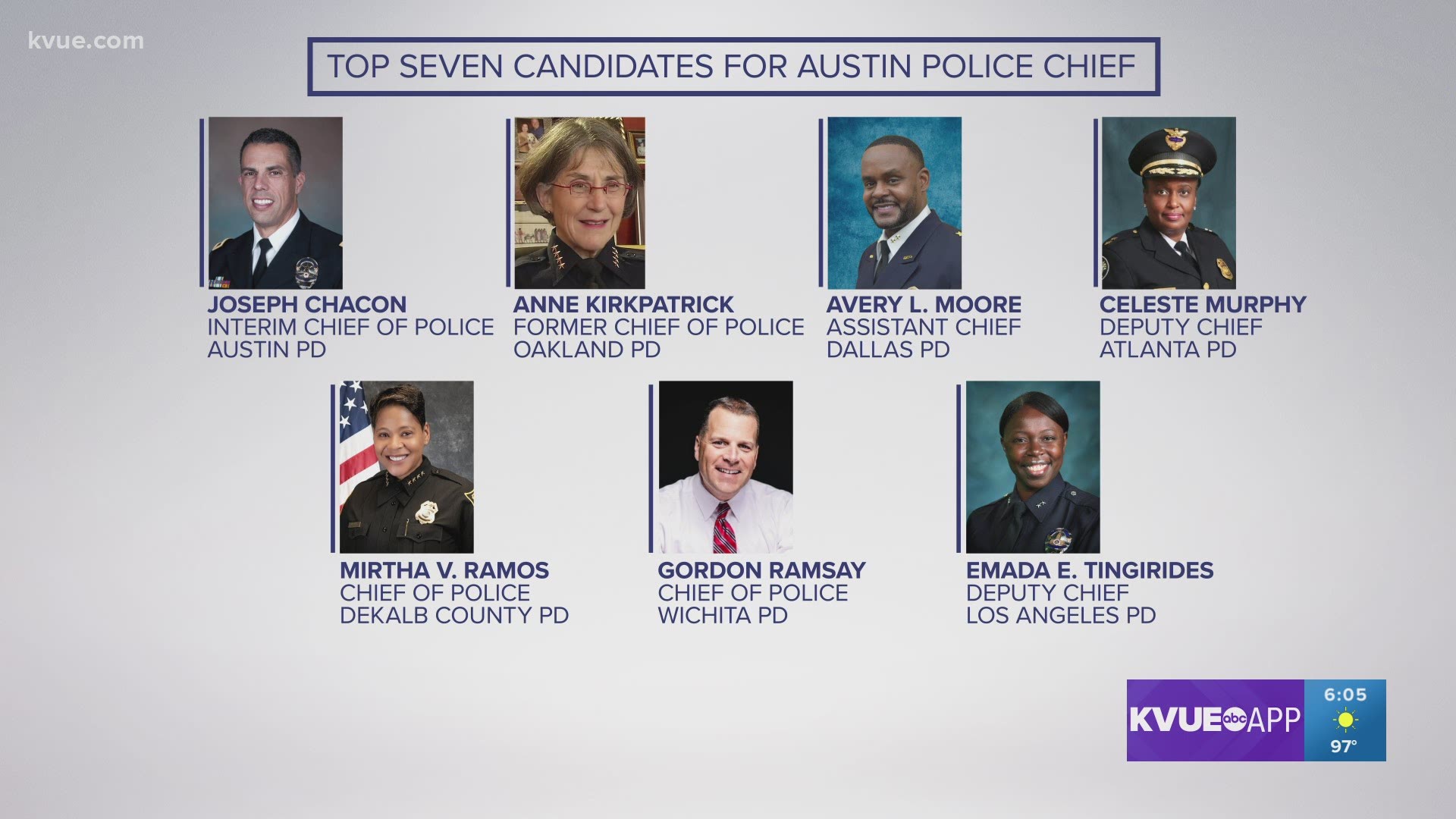 AUSTIN, Texas — The search for Austin's next police chief just got one step closer to being finished.

Austin City Manager Spencer Cronk announced Monday the top seven candidates for the chief of police position out of a field of 46 applicants.

“I am excited about the diverse slate of individuals we have identified for this position,” said Cronk. “I look forward to discussing with them how we can accomplish the goals of the community and the city council.”

Here is a list of the seven finalists being considered:

RELATED: Who's applied to be Austin's next police chief? Here's a look at all the candidates

KVUE's Jenni Lee broke down the initial list of candidates after looking through more than 260 pages of resumes and cover letters. Notably, four of the women who applied made the top seven.

Who are the top seven candidates?

With more than 35 years of experience, Anne Kirkpatrick became Oakland's first female police chief in 2017. Media reports state she sued the city for retaliation last year after she was fired for reporting corruption. Kirkpatrick has also worked in Seattle, Memphis and Chicago.

Celeste Murphy is the deputy chief of police for the Atlanta Police Department. She has spent her entire 24 years in law enforcement at Atlanta PD.

Emada Tingirides is deputy chief of police at the Los Angeles Police Department, the second Black female in that position in the department's history. She has spent her 26 years of law enforcement at LAPD.

Avery L. Moore is the assistant chief and 30-year veteran of the Dallas Police Department. He began his career as a patrol officer in 1990, serving in various assignments, including an instructor at the Dallas Police Academy.

Gordon Ramsay has been a police chief for 15 years and is nationally recognized for his work in community policing, mental health, victim services, race relations and reconciliation. He currently serves as chief of the Wichita Police Department

Cronk hopes to announce a new chief of police before the end of August, according to a city press release.