Austin police chief says APD wants to provide a space for free speech, but not violence 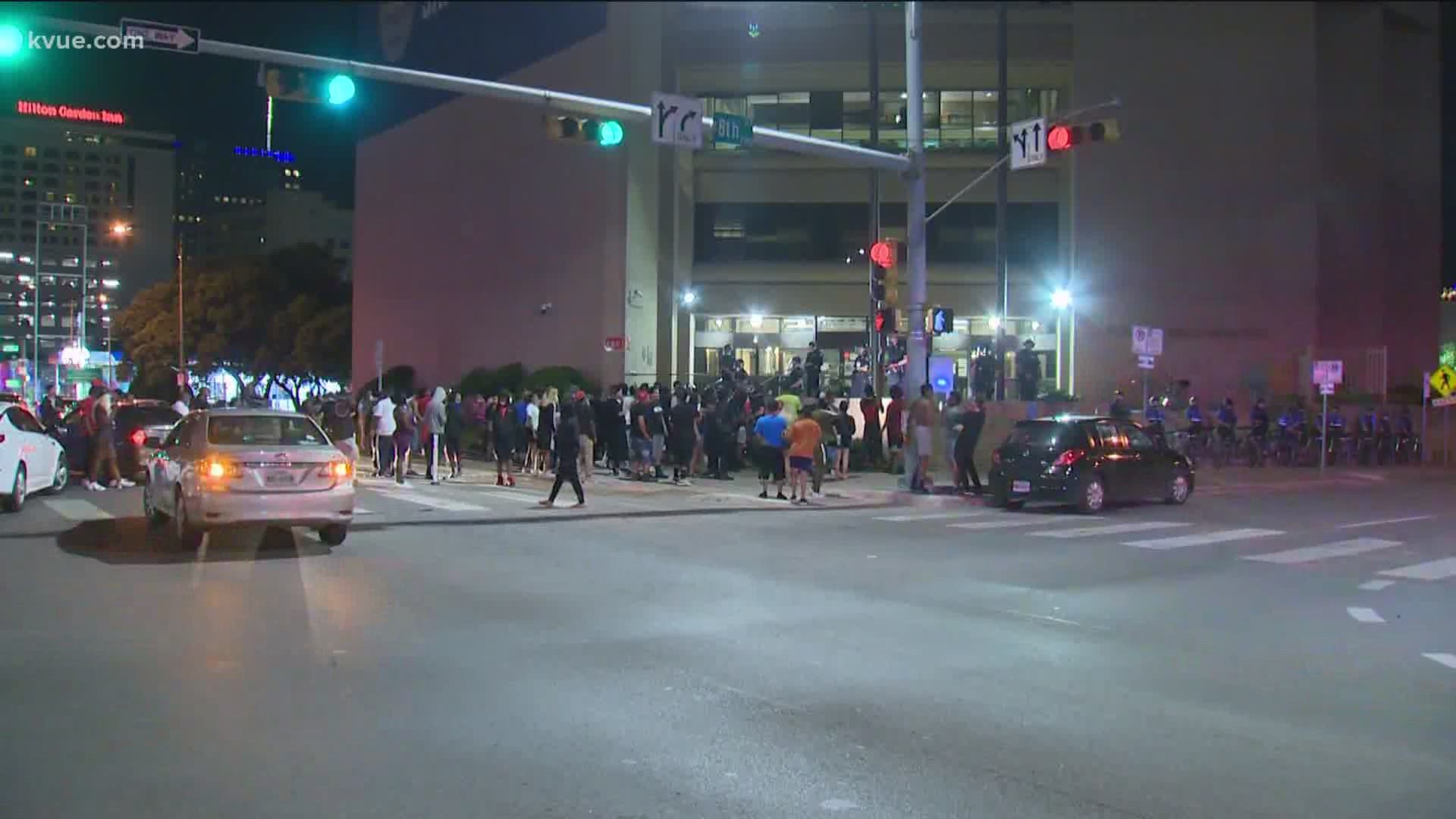 AUSTIN, Texas — As some Austinites plan to protest the deaths of George Floyd and Michael Ramos this weekend, Austin Police Chief Brian Manley said the department has a plan in place.

KVUE Senior Reporter Tony Plohetski spoke to Manley Saturday morning about the protests that broke out late Friday night in front of APD headquarters, as well as the protest planned there Saturday afternoon.

Manley said that APD will have a large number of officers in place, many of them visible and many that will not be visible unless the department needs to bring them out. APD has also coordinated with other local law enforcement agencies who will provide support if needed.

Manley stressed that APD understands the "wide range of emotions" playing out across the country and said that he believes the City of Austin and APD have always provided a space for people to make their feelings known. However, Manley said the department won't stand for violence and destruction.

"I think we have a history of allowing people to express their opinions, their frustrations, whatever the issue is. But we have to ensure that it's done in a manner that's safe for all and that we do not allow for acts of violence, destruction, criminal mischief and the like," Manley said. "[We plan to] give people the space to exercise their constitutional right to free speech on issues that are very concerning to everyone. But we have to ensure that they're doing it in a way that doesn't jeopardize the health, safety or property of others."

RELATED: 'Several arrests' made as protesters shut down area near Austin Police Department in downtown

Manley said that acts of violence and vandalism do nothing to advance a cause, and that destruction of City facilities and public properties just takes money away from funding to address issues that plague the Austin community, such as affordable housing, homelessness and mental health issues.

When asked about Friday night's protest, Manley said that he thinks the way it played out wasn't very constructive and that it was when things turned to acts of violence that the department had to make arrests.

"It didn't seem like it was a lot of conversation towards the issues at hand, but instead it was just berating some of the officers that I can promise you probably are just as concerned about the incidents that have ... happened as the community is," Manley said. "And so, when we have people that ... choose to then take the sort of action towards the men and women who are sworn to protect them – such as throwing rocks or bottles at the officers as they did last night or spitting on the officers – we will not stand by for that. And that is when things break down and the potential, you know, for bad outcomes happens."

You can watch the full interview with Manley here or below: