City Manager Spencer Cronk laid out new expectations for the chief in a public safety committee meeting on Thursday. 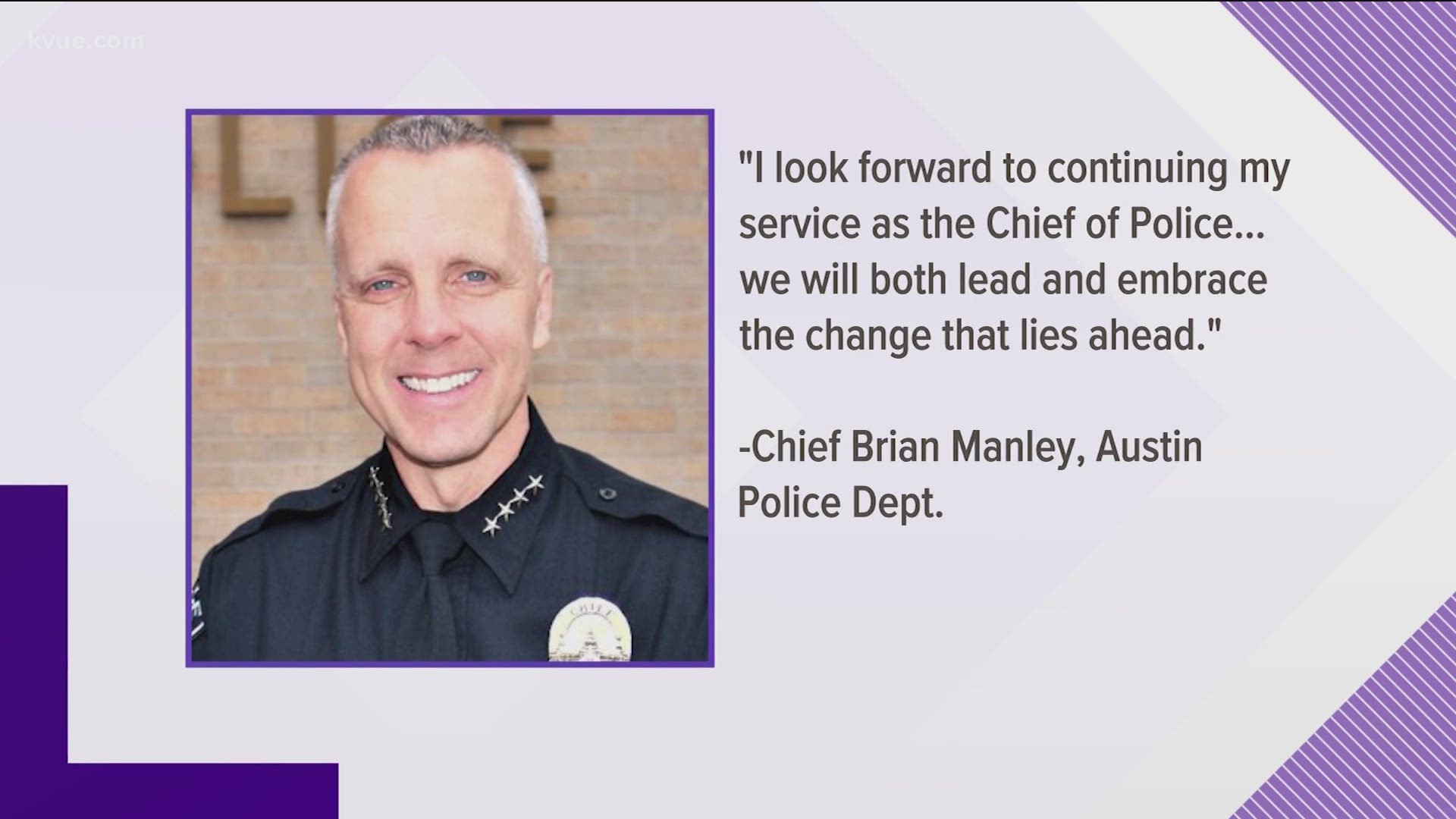 In a meeting Thursday with the new public safety committee, City Manager Spencer Cronk laid out new expectations for the chief. He also told council members he's committed to helping Manley implement changes within the department.

"I have had very pointed conversations with Chief Manley over the last several weeks," Cronk said. "He has assured me he is sincerely committed to making the reforms necessary."

This comes after the death of Michael Ramos in April and a petition started circulating online calling for Chief Manley to be fired.

Cronk announced a series of actions to begin addressing system inequities in the department's policing on June 17. In that memo, the city manager outlined a plan calling for the creation of advisory working groups, reallocation of existing and future resources and actions to increase transparency and accountability.

According to a City press release, the plan also calls for creating a cross-functional team to lead the City’s reform efforts. Leadership officials will convene advisory working groups to reimagine what public safety means for Austin and develop recommendations for making that vision a reality, according to the City.

The advisory working groups include representatives from advocacy, faith, public safety and business community organizations, as well as City staff from a variety of disciplines, including the City’s Equity Office, Office of Police Oversight, Austin Public Health and Austin Police Department to drive these vital conversations.

"I look forward to continuing my service as the Chief of Police as we work to reimagine public safety," said Manley in a statement. "I, along with the other men and women of the Austin Police Department, am committed to providing the highest level of service to our community and we will both lead and embrace the change that lies ahead."

On Thursday, Cronk thanked the committee and councilmembers for feedback and their commitment to change and holding himself accountable.

"So I will in turn hold my entire leadership team accountable, including our leadership," he said. "That includes our chief and I've had many pointed conversations with him over the past several weeks. I assure you that both chief Manley and the entire public safety team are committed to this transformational change and, as we move forward, we uphold everything that we need to do to move forward in that manner."

However, this comes after some councilmembers have called for Manley to either step down or shift into a new position.

"I have a tremendous amount of respect for Chief Manley. I think he's a good man, and I'm appreciative of the service he's provided to our city," said Mayor Pro Team Delia Garza. "My concerns have been around what has felt like considerable pushback, or frankly ignoring, of many of the policies that we have asked to implement."

Garza and councilmember Jimmy Flannigan both said the plan Cronk laid out is not enough.

"Not only is it not enough, I don't think what we'll do in August will be enough. There are just parts of this that are going to take time," said Flannigan, who is also the chair of the Public Safety Committee. "It's just going to take a little bit of time to implement. What was important in the last two weeks was the unequivocal statement and, as I believe, commitment to the big structural changes that the community is demanding, those changes are coming. They will not come as fast as any of us want."

Garza said, regardless, she remains hopeful.

Garza added that she doesn't see herself voting for a budget that does not include "significant changes in how we respond in our in our public safety."