The law requires drivers to vacate the lane closest to an emergency vehicle or slow to 20 mph below the posted speed limit. 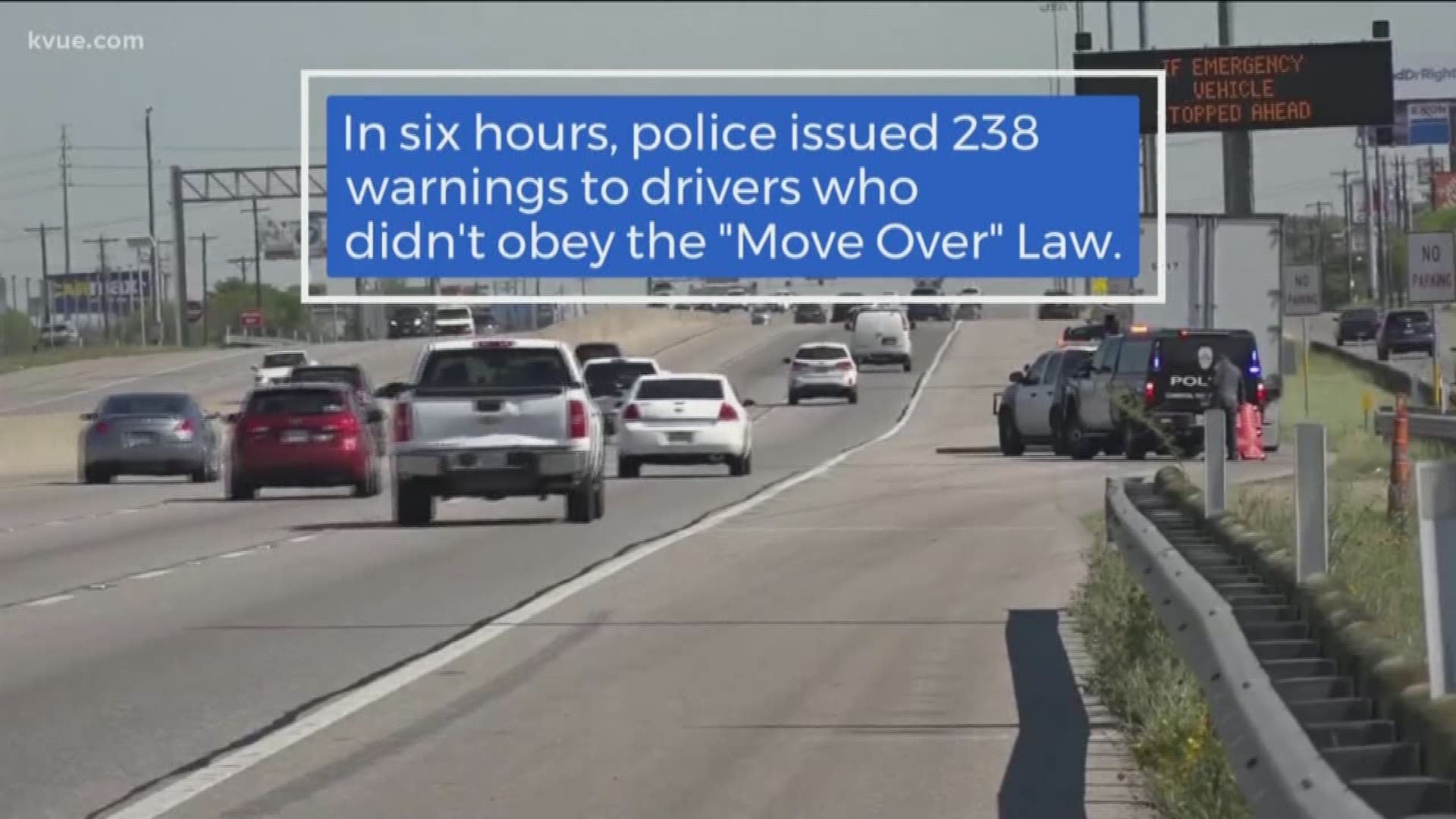 AUSTIN, Texas — On Wednesday, the Austin Police Department conducted an operation to enforce the Texas "Move Over Law," which requires drivers to vacate the lane closest to an emergency vehicle or slow to 20 mph below the posted speed limit.

Police said 18 officers assisted during the operation, which was conducted within city limits.

It focused on drivers not moving over for tow trucks that had emergency lights activated while on the side of the highway. According to police, AAA research shows that a tow truck driver is hit and killed every six days, making it one of the most dangerous jobs. Police said the Transportation Code was changed in 2013 to include tow trucks as emergency vehicles.

This operation was the first in a series to educate the public on the law and help out the towing industry.