Casaday talked about the Austin crime rate, how the budget cuts are affecting officers, 911 response times and more. 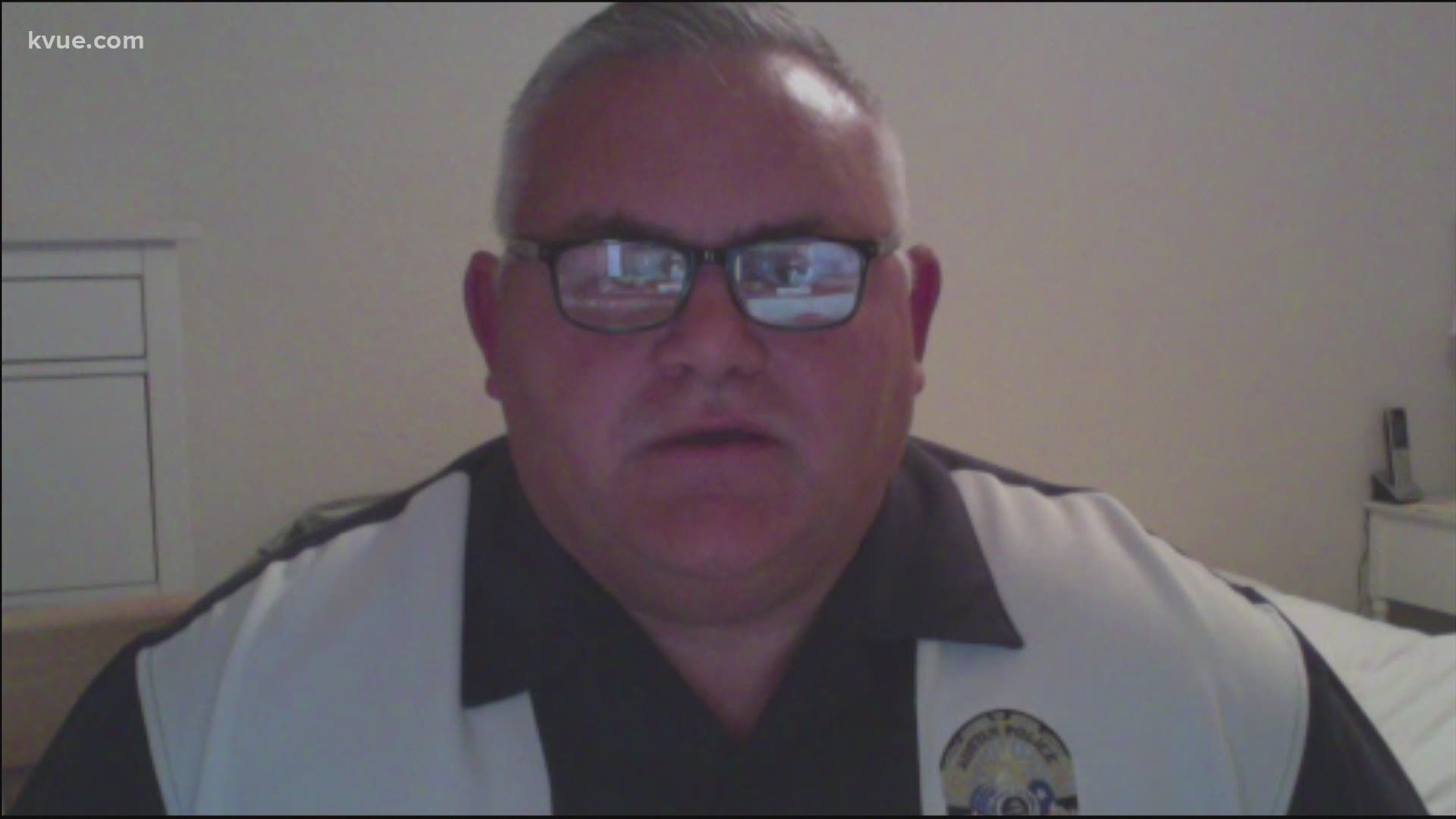 AUSTIN, Texas — The Austin City Council voted to move millions of dollars away from the Austin Police Department's budget over time, but $21 million is getting cut right away.

Question: The mayor has been adamant that they didn't cut $150 million from the police department. He also said the governor interfering is political theater. If these are not cuts, then what are they?

Casaday's response: "You know, they are cuts. He took $150 million and they put things in different buckets. But what I can tell you is being cut now is $22 million. That's 150 positions than we had. And they also cut our overtime budget from $8.5 million down to $500,000. And that's what's caused Chief (Brian) Manley to have to move police officers from all over the city, including getting rid of the parks. Police are getting officers and several people from highway enforcement and our district representatives who everybody in Austin knows who they are. They're the go-to guys and gals that fix problems. Then Chief Manley had to cut those in half. So he's very disingenuous. The reason he's backtracking is receiving a lot of pressure from the citizens that are not happy with the cuts."

Question: Good morale is important in any workplace. How are the budget cuts affecting the men and women in uniform?

Casaday's response: "You know, it's really bad right now. I mean, you know, normally we lose about seven officers a month, you know, through firing retirements or resignations. And right now we've been averaging about 14 to 15 a month. That's just not sustainable for a police department, especially when you've got the academy out. Then we have no police academies in sight. And that's one thing I want to do this morning is call on the council and the mayor to, you know, convene immediately and get a police academy started because we're going to be just a horrible, horrible situation here in about six months if we don't get an academy class going."

Question: Calls to defund police departments are happening across the country. Aside from the cuts the city council implemented, is there anything APD is looking to change or do in response to these calls? You mentioned a few about convening right away. But anything else that can be done?

Casaday's response: "You know, give the positions back. There are other ways. There's money in other places. You know, we've listened to or used and they used to be on the city council saying this is not the way it needs to be done. The citizens of Austin have spoken very loudly through surveys that we've done that they don't believe in defunding the police. A lot of them believe in reforms of the police departments around the country, but they don't believe in defunding. And no, no matter what the mayor has told you on your show, there definitely has been a defunding that has caused a huge chain reaction, a negative chain reaction, our police department."

RELATED: Austin Police Association on APD budget cuts: Policing should be reimagined but with proper staffing

Question: Speaking of citizens, there's been a lot of talk about just concern about our crime rate. So can you tell us what are crime rates presently looking like in our city? Maybe compare it to now from this time last year. What seems to be the biggest challenge for officers right now with that crime?

Casaday's response: "The August crime report shows that murder is up 43%, robbery is up 9%, burglary is up 11% and auto theft is up 33%. That's not going in a good direction. And you might be able to say we're a safe city, but the statistics that we have show that we're not going in the right direction and that we need to grow along with what, the City of Austin. You know, our city has not stopped growing. And I've several friends at a real estate agency near the city's growing like a weed even during COVID-19. This is extremely difficult to buy a house, and we're not growing. We're shrinking while the city is growing. That's just not good for our society. It's not good for our department. It means that when you call 911, it is probably you take longer for an officer to get there. You know, we are moving back with these cuts back to about 2014 numbers. And, you know, that's six years ago. That's where we're going to be once these cuts are made and we lose these 150 positions. So, you know, I don't think that's what the citizens of Austin want. They don't want to be at 2014 staffing numbers and they want the department to grow so they can have police service."

Question: How is the department doing with mask regulations and crowd control? I mean, keeping us safe in a pandemic, that's just another layer, another responsibility that you guys have these days.

Casaday's response: "We're working along with our public safety partners at EMS and the fire department. And, you know, we're trying to just gain compliance by, you know, asking people when we get dispatched to these calls to comply. You know, 99.9% of the time they do. But again, this is something, you know, the council's talked about. Is this something the police department needs to be doing or is this something another agency like code enforcement or the health department should be doing? Do we really want our police officers that are there to respond to 911 calls to respond to H-E-B for someone not wearing masks or should that be someone more like code enforcement? So those are the conversations that are going on right now."

"The police union president couldn’t and didn’t identify $150 million in cuts or money diverted from police programs, because that didn’t happen. He also didn’t deny that Austin is the safest big city in Texas and one of the safest in the country, because we are.

The truth is the only police positions cut by the city council had already been vacant for some time. Unmentioned is that every officer got a raise, even in the middle of a pandemic. We support our police and the work they do fighting crime. At the same time, Residents also support the Council’s action to increase the number of mental health first responders and to try to get people off the streets and into supportive housing. They support increasing shelter capacity to help women leave abusive and dangerous homes. Re-imagining policing in these ways begins with making sure we keep public safety as our number 1 priority.  It focuses on making sure our police are empowered to fight crime and letting civilians do the other things that officers are now unfairly asked to do.  It requires that we have a culture in our police department, as in all other city departments, that de-escalates conflicts whenever possible and which is successful in earning the trust of all Austin residents. While the Council wants to continue paying its officers more than any other competing city pays its police officers it may not be necessary to keep spending nearly 70% of the city’s entire general fund budget every year just on first responders - both of which we do now. Public safety involves more than just these elements. Re-imaging it to improve safety is something we should constantly be doing."