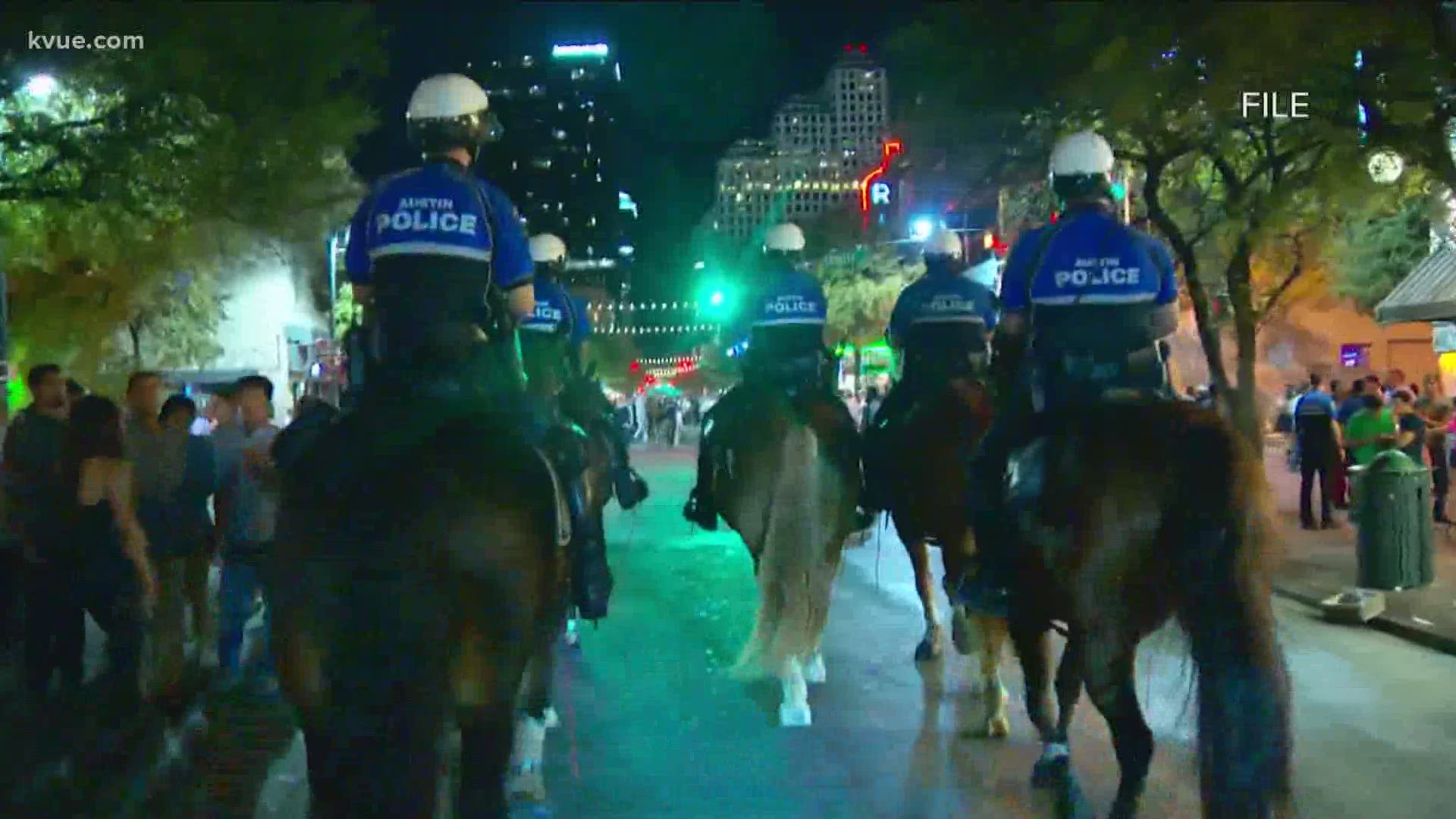 On Wednesday, Austin City Council members will consider slashing the department's $434 million budget by about a third, or $152 million.

If approved, nearly a fifth of that extra money, or $23 million, would go toward things like violence prevention and permanent housing services.

But it would mean, for example, canceling all three upcoming cadet classes, slashing vacant officer positions and reducing officer overtime pay, according to a proposal councilmember Greg Casar shared on Friday.

Nearly $80 million would come from separating certain functions from APD, like the 911 call center, Internal Affairs and Special Investigations Unit.

The remaining $49 million would come from defunding programs like Mounted Patrol, Traffic Enforcement and Lake Patrol. These funds would be put on hold as councilmembers re-imagine public safety over the course of a year.

These proposed cuts are a stark change from City Manager Spencer Cronk's proposal to cut APD's budget by about $11 million, which advocates criticized.

Ora Houston, the treasurer of Voices of Austin, an organization that advocates for Austinites at the local level, said the process to defund the APD is moving along too quickly.

"The police department needs to do something about the culture, but also when you take money from the police, there perhaps are some unintended consequences when we don't take the time to think it through," she said.

In conversations with community members, the former Austin councilmember said they've expressed to her they want to see more police officers, not fewer, on the streets of Austin.

"They don't want it defunded, whatever that means to whomever you're talking to. But they do want it reformed, and because of the rate that Austin is growing, they do see the need for more officers on the street," Houston said.

Before councilmembers take a vote on Wednesday, they'll have to listen to at least four-and-a-half hours of public comments. At least 277 people have signed up to speak.

The councilmembers can vote on the FY 2020-2021 budget no later than Friday.

Viola Davis buys South Carolina plantation where she was born