The APD said the video includes comprehensive footage of the officers’ actions and is intended to provide the community with additional context. 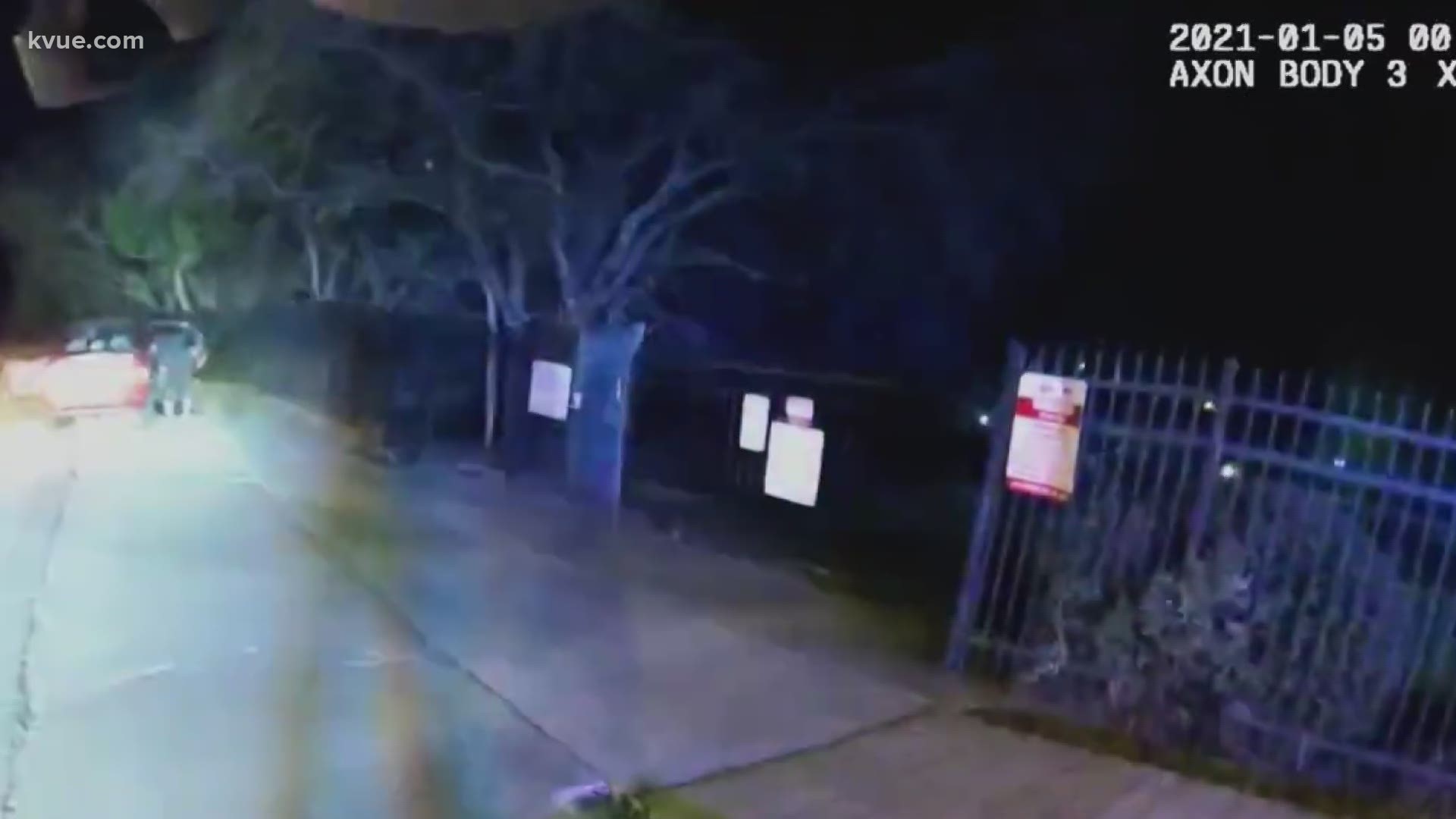 AUSTIN, Texas — Editor's note: The video in this article is graphic. Viewer discretion is advised.

Alex Gonzales, 27, was shot and killed that day in the 2500 block of Wickersham Lane.

Police said Gonzales cut off an off-duty police officer who was driving his personal vehicle. Police said the officer, identified as Gabriel Gutierrez, saw Gonzales pull out a gun and shots were fired. Gutierrez then called 911 to report the incident.

According to police, Gonzales began to drive away and Gutierrez followed him. Gonzales eventually came to a stop. Police said other officers who arrived on the scene began giving commands to Gonzales and, as he moved around the vehicle, he tried to open one of the car doors. That's when on-duty Officer Luis Serrato fatally shot him.

Both Gutierrez and Serrato were placed on administrative leave, per APD policy.

The APD released the video Wednesday morning, which can be viewed in full online here.

As a warning, the video is graphic. Viewer discretion is advised.

The APD said video materials have been edited or redacted in compliance with state law that prohibits the release of certain information and “to maintain the integrity of the multi-departmental investigation.” The department said the edited video does include comprehensive footage of the officers’ actions and the release of the video is intended to provide the community with additional context about the shooting.

KVUE spoke to Scott Hendler, the attorney representing Gonzales' parents, who were among those who watched the video on Tuesday.

APD said in a January release that investigators located a firearm at the scene of the incident, but Hendler argues it remains unclear if Gonzales ever had a gun.

Hendler explained he has a great deal of respect and empathy for what Austin police generally deal with, but he feels this case is an example of a lack of adequate training for police.

"I think that there are some fundamental systemic problems with the Austin Police Department in the way they're training their officers and in the way the officers are taught to respond to situations," he said in part.

You can view more of that conversation here.

KVUE also spoke to Jeff Edwards of Edwards Law on Wednesday. Edwards is the attorney of Gonzales' girlfriend.

Edwards did not want to identify her, but said she was seen lying on the ground, injured, in the video.

"What's important for the community to understand is that a mother was crying out for her baby who was defenseless in a car seat, while the person that she loved had been shot by another person," Edwards said, adding that he believes his client is innocent. "And just as the officers have every right to provide context to what they did, however misguided, so too the victims are going to provide context. And we're very confident that when we get inside a courtroom, be it a criminal courtroom or a civil court room, that the story that is told that what the evidence will show is that, you know, this shooting never should have happened."

Meanwhile, Jerry Staton, a former officer Austin police officer of 25 years, explains what his initial thoughts were on the video released.

"My initial view of the tragic incident or event with the end result being one deceased person and one wounded person ... didn't have to happen that way. But the primary reason that it did was the lack of following the police officer's instructions," he said in part.

"Are there other things that the police could have done differently? And the answer is always yes. If you end up with a deceased suspect, there were always some opportunities to have to it for it to have come out differently," he said. "Unfortunately, when we're judging a use of force by a police officer – and this we have been given very specific guidelines on how that's to be done – what we learn after the fact that the officer didn't know cannot be used to make a fair analysis of whether the officer did or didn't use reasonable force. And I would also tell you that videos tell a lot of the story, but they don't answer all of the questions that need to be answered before you can make a objective analysis of a use of force."

On Tuesday evening, the attorneys for Officer Serrato released an open letter, asking Interim Police Chief Joseph Chacon and Travis County District Attorney José Garza to not release the video prior to a grand jury review.

The APD is conducting two investigations into the shooting: a criminal investigation by the department's Special Investigation Unit in conjunction with the district attorney's office and an administrative investigation that will be conducted by APD's Internal Affairs Unit with oversight from the Office of Police Oversight.

Garza has said he plans to take all police shooting cases to a grand jury for independent review.

The Austin Police Association (APA) has reviewed the video released today by the Austin Police Department regarding two of our members. The APA and our membership value human life and neither officer who used force in this case woke up that day hoping to be involved in a shooting. The unfortunate reality of police work is that officers are oftentimes put in situations where they are forced to react to the actions of others and at times, these situations end with terrible outcomes.

The APA hopes that the family of Mr. Gonzales can one day find closure. We feel for his loved ones and we understand their pain.

We also hope that our members can be treated fairly while this case goes through the Travis County criminal justice system. The APA hopes that our members are never put into a position to have to use deadly force ever again, but we sadly know that this is not a situation of if it will happen again, but when. The APA believes that our officers have a right to defend themselves and others and we firmly stand with Officers Gutierrez and Serrato.

Domestic violence calls have increased in Austin during the pandemic, nonprofit says

A closer look at Biden's $1.8T for families and education