With many people staying home, Heather Gallagher is hoping to capture as many households as possible to show us we're more similar than we think. 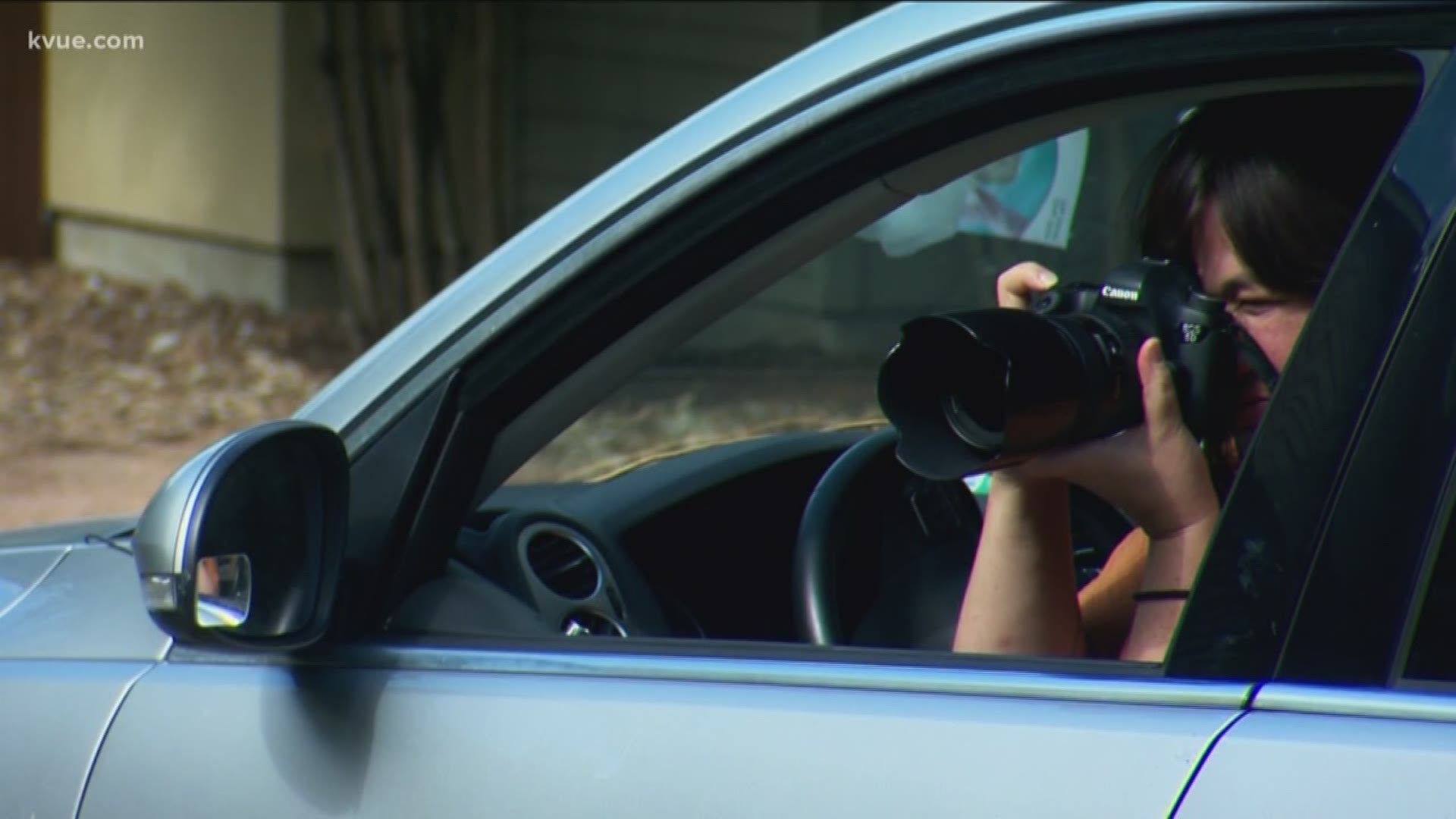 AUSTIN, Texas — There are moments in history that will never be forgotten, and it seems like right now, we're in one of those.

That's part of the reason why an Austin photographer is looking to document and capture moments from this time as a way to bring us together.

A picture is worth 1,000 words. People's emotions are perfectly preserved as still frames, capturing moving memories. So at a time when so many are staying home, what can a picture do?

"To me, the images, yes, they're of your family, but they're also of society," photographer Heather Gallagher said. "It's a snapshot. It's a picture of this time in history."

It's why Gallagher is on a mission – in her car.

"This project ... it doesn't really have a name yet," she said. "I mean, I've been calling it [a] continued series of documenting households, families and individuals who are in quarantine at this time in and around Austin."

As she looks to capture and preserve what people are going through, she started this for her own sake, too.

"It's just satisfying my mental health, creative health, all the things," she said. "It gets me out of the house, gives me alone time, but also gives me social time, you know? Like, I deal with my anxiety by staying very busy."

Some of her subjects are people she knows, friends who agree to be a part of her pictures. Others are people who heard about the project online whom she's meeting for the first time.

"I have this need to document. I need to prove to people, 'No, I promise we're all more similar than we're not,'" she said.

"Do you have a lot of these today," Drew Genitempo asked Gallagher.

"Today, you're my fourth, and then I have about 10 more today, yeah," she replied. "So I've done over 100 so far over the last month. If you look at one-off images, it's like, 'Oh, there's somebody inside their house,' but once you see, like, 100 images, to me it just becomes something else."

Emotions perfectly preserved and memories captured one picture at a time.

"It's a picture of humanity," she said. "I really love that about it."

All of these photoshoots are done for a suggested donation of $30, but Gallagher said she asks people to donate what's right for them. If it's free, that's fine, and if it's more than $30, that's also OK.

If you would like to get hold of her, you can reach her here.