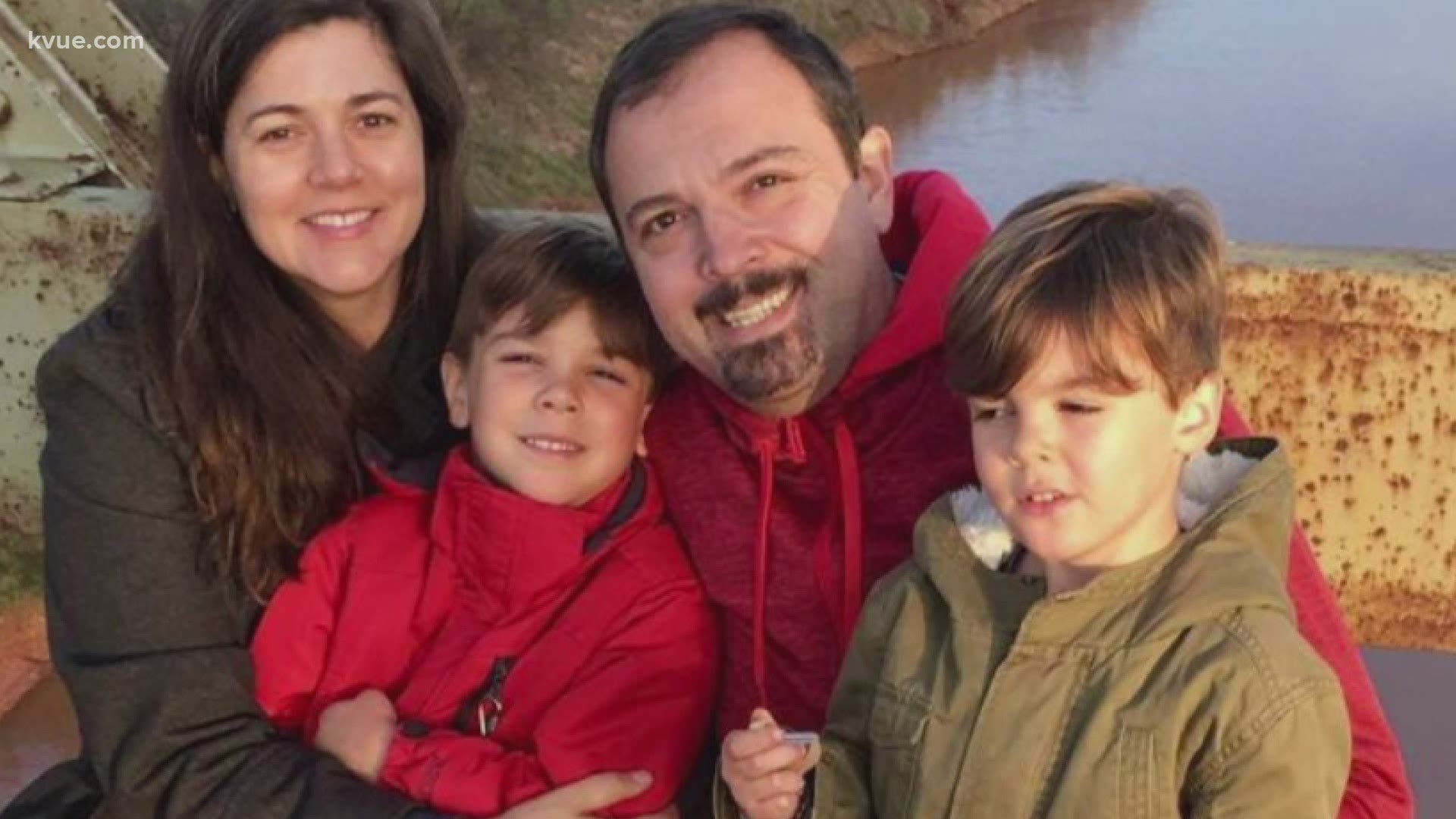 AUSTIN, Texas — As of Tuesday, a GoFundMe started to raise money for two boys, Eli and Ander Miñán, who lost their parents, Jose and Sara Miñán, recently in an Abilene-area crash was nearing its $50,000 goal.

"They were full of joy and they were grateful and they just wanted to ...  they wanted to be part of people's lives," said Lisa F., a family friend who is taking care of the brothers.

"They were just such kind, generous people. They had a very strong faith in God and I would say that was like the most important thing to them was their faith in God," said Cassie McKee, another family friend and the GoFundMe organizer.

Jose and Sara Miñán were killed on the morning of Nov. 24 in Haskell County after a drunk driver struck them while reportedly failing to yield right of way on US 277. Eli was also injured in the crash, but he is OK.

Their family friends said it's hard to describe the kind of people the Miñáns were because they were just that loved.

"Jose and Sara Miñán were loved by all who knew them," wrote Cassie McKee on the fundraiser. "They loved the Lord with all their heart and were always willing to lend a helping hand to anyone in need. They adored their two young sons, Eli, 9, and Ander, 8. Jose was the owner of Great Works Painting and Sara taught Spanish at Redeemer Lutheran School in Austin. They were longtime members of Hope Chapel church."

Investigators said they believe alcohol may have been a factor in the crash. A toxicology report for the other driver is pending. He died on scene.

"I was just devastated. I just couldn't believe it. It felt like a nightmare," said McKee. "I'm heartbroken for their boys."

"Our hearts and prayers go out to all of their family and especially their young sons," she wrote in the GoFundMe description. "Jose and Sara were loved dearly and they will be missed terribly."

Lisa is taking care of the boys right now and she said it's been a tough week for anyone who knew them.

"I just wanted to go anywhere that the Miñán's were, like where they were, I wanted to be. And now, that's why I want to be in heaven," said Lisa. "But I'm going to love those boys and do everything, everything that their parents wanted for them. They have big aspirations for them."

McKee said the funds will be used for Eli and Ander's immediate and long-term needs, and all donations will be distributed to Sara's mother.

As of Tuesday morning, nearly $45,000 has been raised. The fundraiser was filled with comments from their church family and neighbors, with a few commending Jose's work in painting their homes.

"The outpouring of support and just the donations that have been coming in, it's really just been overwhelming," said McKee.