Warning: The video contains graphic content that some may find disturbing. 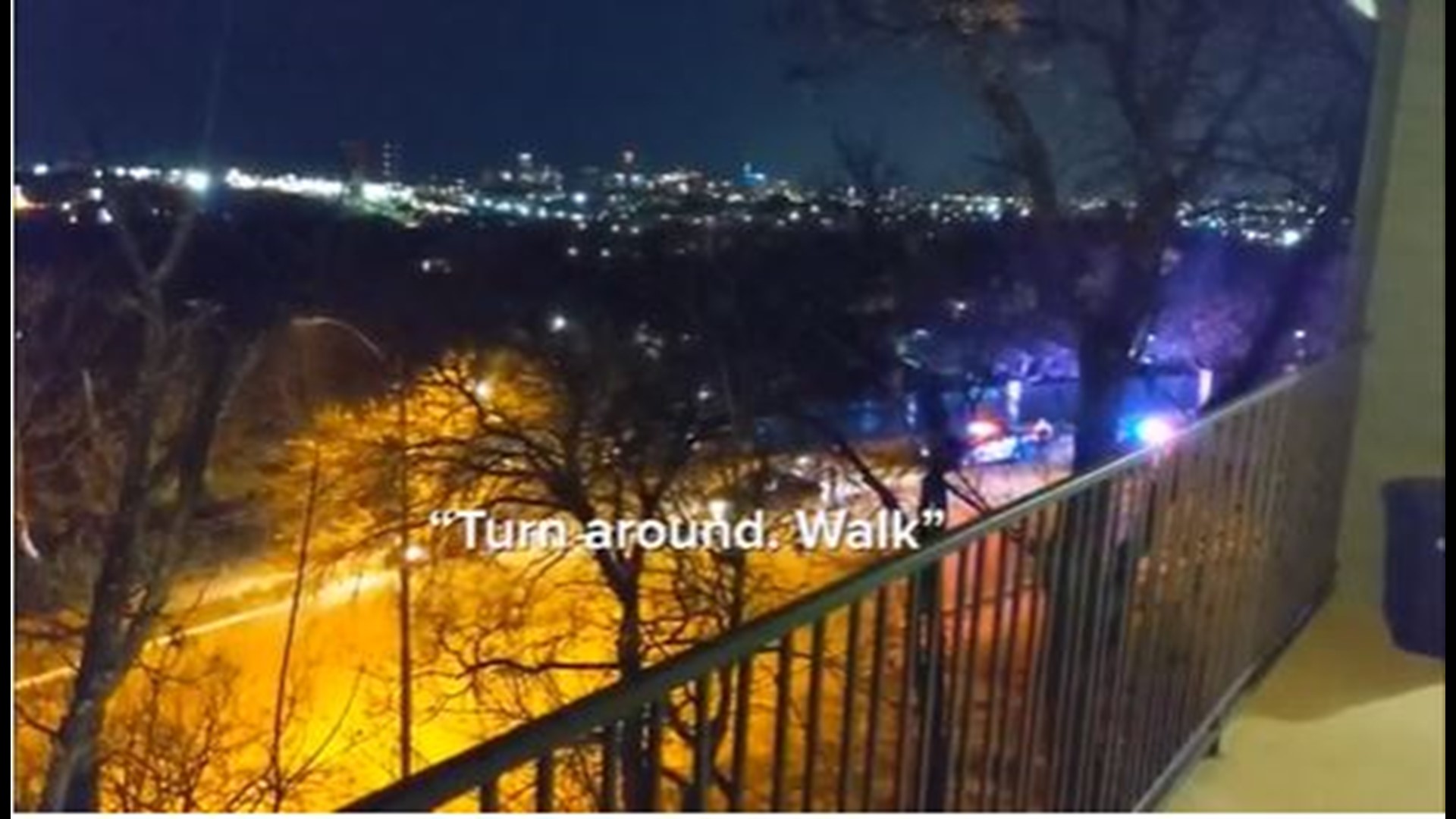 AUSTIN, Texas — Warning: The video below contains graphic content that some may find disturbing.

Witness video obtained by KVUE shows the events during a Jan. 5 police shooting that left one man dead and another woman injured.

In the video, you hear someone giving another person multiple commands such as "do not go in the car," "walk away from the car" and "do not reach."

The phrase "do not reach" is said in the video five different times before 10 gunshots ring off at the end of the video.

The shooting happened in southeast Austin on a public road in the 2500 block of Wickersham Lane.

According to the Austin Police Department, two APD officers were involved in the shooting, but they were not injured. On Feb. 4, the APD identified the officers as Gabriel Gutierrez and Luis Serrato. Gutierrez has been with the department for five years, and Serrato has been with APD for two years.

Two adults were also involved. A man was killed and the woman in his passenger seat was taken to an area hospital with life-threatening injuries.

RELATED: 1 killed, another hospitalized after police shooting in Austin

Austin Police Chief Brian Manley said in a press conference Jan. 5 that the incident initially involved an off-duty officer, later identified as Gutierrez, in his personal vehicle. When Gutierrez turned on Wickersham, a car following cut him off, Manley said. Gutierrez saw the driver pull out a gun and shots were fired. The officer then called 911 to report the incident.

The suspect began to drive away and the off-duty officer followed him. The suspect's car eventually came to a stop. Other officers, including Serrato, arrived at the scene and began giving commands to the driver, and as he moved around the vehicle, he tried to open one of the car doors and that's when an on-duty officer shot him. Manley said the man was pronounced dead at the scene.

$600 stimulus: What to do if payment isn't received or is less than expected

Lessons from the past: From polio shots to COVID-19 vaccines, getting everyone immunized can take time