A retired Austin officer’s life turned upside down in a matter of months. Now a community is seeking support to get him into a new home. 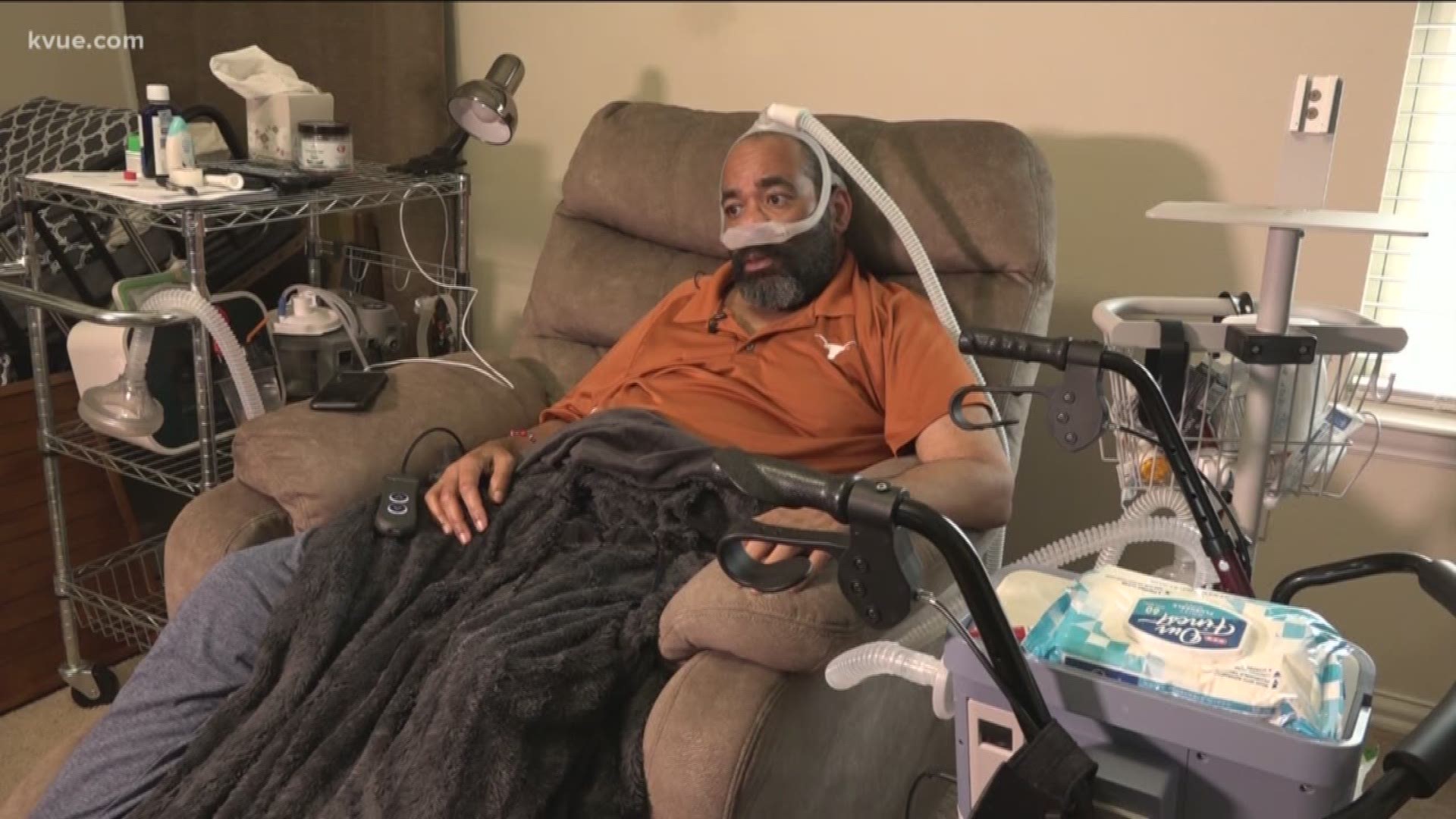 AUSTIN, Texas — A retired Austin police officer is in the fight of his life.

He's battling ALS or Lou Gehrig’s disease. It’s a neurodegenerative disease and now a community is rallying behind him to help him get into a home fit for his condition. The disease turned upside down in a matter of months.

For most of his life, Todd Myers had been living his dream.

“It saved my life,” said Myers. “I've always wanted to be in uniform."

He served with the Austin Police Department for more than 30 years and just retired in 2016. In his spare time, he was an active musician and sixth-degree black belt, but life can change so quickly. With his background, Myers never could have dreamed he'd end up confined to a chair and hooked up to a breathing machine.

“The next thing gone is gonna be my speech," said Myers.

He said doctors diagnosed him with ALS just eight months ago after discovering he had a back injury that wouldn’t heal. In that short amount of time, ALS is already affecting his ability to walk and slowly taking away his speech too.

His daughter Lindsay Myers, in her early 20s, is now his primary caregiver.

“As a police officer, you’ve always been in control, and now I feel like I have no control over my life,” said Todd.

Making that feeling worse, he has a motorized wheelchair in his room to help him get around on his own, but he can't use it, “because this house is not equipped for that,” said Lindsay. The doorways in his current Kyle home are too narrow.

“We're just trying to make the best of a bad situation that's why we started the fundraiser,” said Ken Casaday, president of the Austin Police Association.

Casaday, a close friend of Myers, has stepped in to help. He started a GoFundMe page over the weekend to raise money to get him into a new ADA accessible home.

“Todd is one of my best friends and I'd do anything for him and he knows that and even in times when we're constantly dealing with issues here in the city of Austin,” said Casaday.

For now, Myers is stuck sitting in a recliner, but he's holding on to those close to him, his faith and his sense of humor too.

“Am I scared,” asked Myers. “You know, I was and at times I get scared but I've faced worse things. I've had guns in my face. I've had knives running up in my face. I have the Lord on my side and he's given me the strength to overcome the fear."

The GoFundMe the Austin Police Association set up has raised nearly $30,000 so far. Myers's daughter told KVUE that getting into this new home is vital to give him a house he can move around in and get him closer to his family as he faces the effects of the disease.

According to the Mayo Clinic, ALS often begins with muscle twitching and weakness in a limb, or slurred speech and eventually affects control of the muscles needed to move, speak, eat and breathe. There is no cure.