Hundreds of people gathered together Saturday in celebration of the Native American culture. With the North Dakota pipeline issues still ongoing, many Central Texans believe festivals like this one are pertinent to keeping their culture alive and strong. 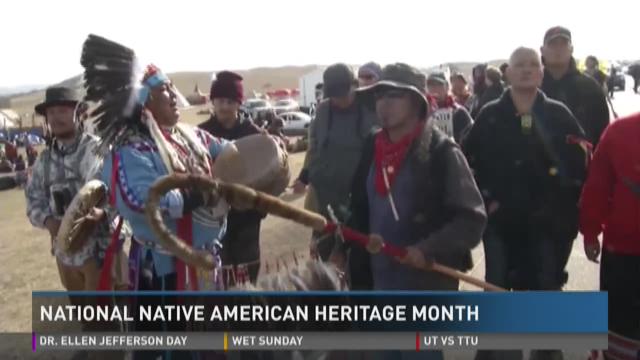 Hundreds of people gathered together Saturday in celebration of Native American culture. With the North Dakota pipeline issues still ongoing, many Central Texans believe festivals like this one are pertinent to keeping their culture alive and strong.

Robert Bass is the co-chairman of the committee that puts on Austin's Powwow. He also works for the Great Promise of American Indians. He said the value in Saturday's festival goes beyond singing and dancing.

"You see the very youngest up to the very oldest participating and preserving their culture," Bass said. "It's also for the committee to come out, appreciate and enjoy. It's a culture that's very much alive today. It's not something out of the history books."

For David Gandee, that's all the Native American culture was growing up -- something out of the history books.

"I was raised thinking I was a white boy," Gandee said.

For 29 years, Gandee believed he was white, until he found out he had grandparents and great grandparents who were Native American.

"During the time with my great-grandparents, it was not OK to be Native American," Gandee said.

"She wanted to stay white," Gandee said. "That way nobody gave her any problems."

Alva Fiddler flew in from Minneapolis before the festival to be one of the head lady dancers.

With the North Dakota pipeline issue worrying many Native Americans, Fiddler sees festivals like Saturday's as an integral way to preserve their roots.

"We're kind of losing our culture," Fiddler said. "People believe that we still live in tipis like the stereotype. We don't. We're actually human beings. We are doctors, lawyers, nurses. This kind of brings it back and we're trying to show that we're still here as Native Americans."

Gandee said he plans on dancing as long as he can.

"When my grandpa passed away, my grandma told me to not stop dancing because we couldn't do those things, so I dance for them," Gandee said.

To learn more about this festival, you can visit austinpowwow.net.