Any parent suffering from cancer, ALS, MS, Alzheimer's, or any serious illness knows they're not the only one struggling to cope. Often times their family, especially children, also go through a tough time. 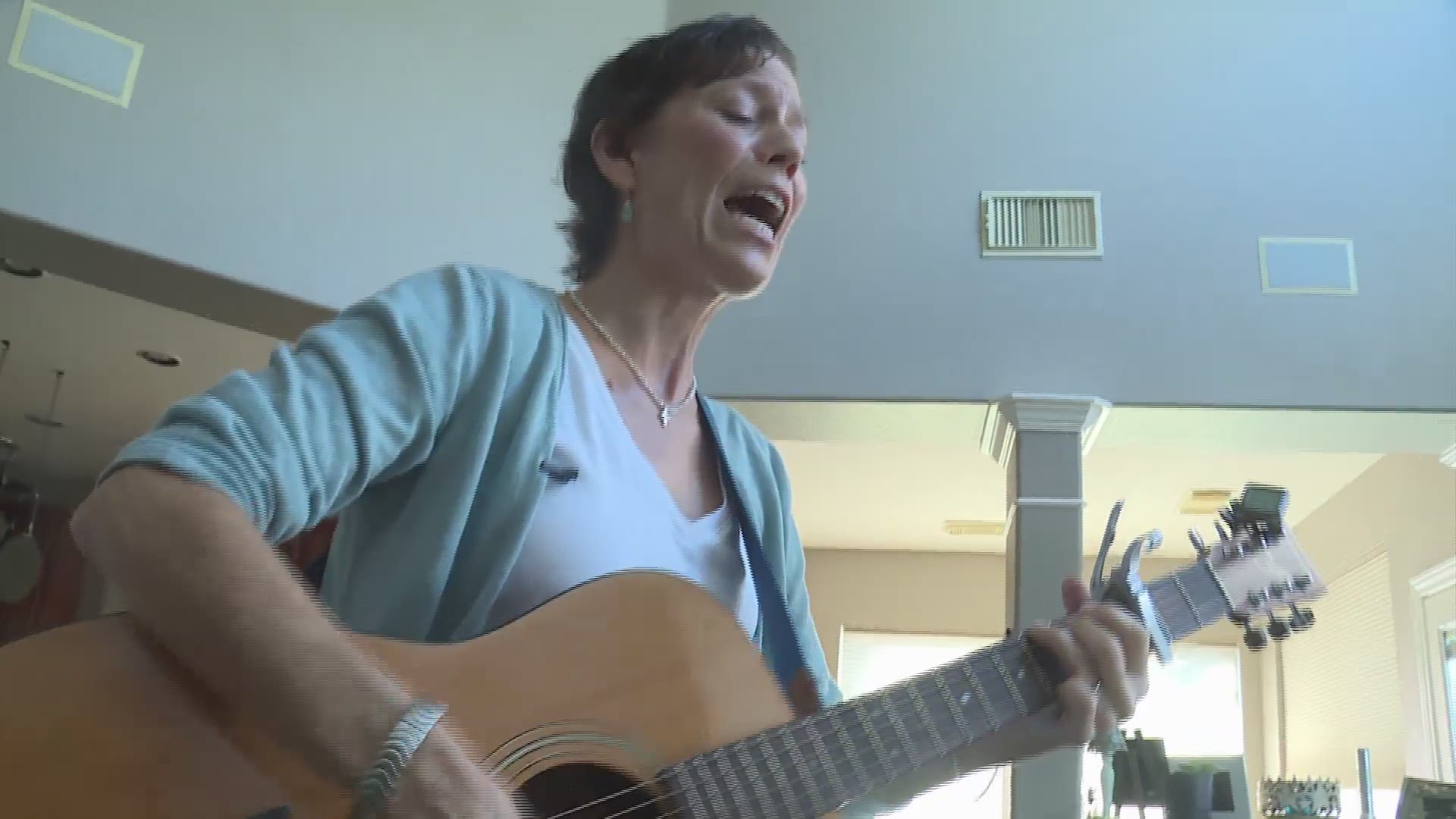 AUSTIN — Any parent suffering from cancer, ALS, MS, Alzheimers, or any serious illness knows they’re not the only one struggling to cope. Often times their families, especially children, go through a tough time.

That’s why Ariel Czerwinski is helping raising money for an organization that helps children whose parents are suffering from a serious or terminal illness.

Czerwinski is a children’s musician.

"I was probably writing music by the time I was eight,” said Czerwinski.

After spending a year and a half recording songs for her latest Children's album, she had to press pause. Doctors diagnosed her with ovarian cancer.

"That all just came to a screeching halt,” said Czerwinski.

She had been used to teaching kids lessons about things like blowing your nose, but now it was her children who needed someone to lean on and learn from.

They called Wonders and Worries.

"I think my daughter really benefited from it because she had someone else to talk to,” said Czerwinski.

Heather Shaw, the Development Director with Wonders and Worries, said their child life specialists work with children from 2 to 18 years old to help explain a parent's illness and treatment and talk about coping with feelings.

"We really want to make sure the children don't get ignored because what we find is when they do get ignored, we see lots of adverse reactions, right, so lots of acting out, grades start to plummet. All of sudden parents are being called in for counseling when they never have before,” said Czerwinski.

She said they typically go through six sessions, but also offer group gatherings and follow-up meetings.

And that support is free to the family.

"Money should not be a reason that your kids don't get the help that they need,” said Shaw.

That's why Czerwisnki is giving back to the organization that helped her family. She's now in remission and just released that CD she worked so hard on.

During October, she's donating one dollar from each CD sale to Wonders and Worries.

It’s all in hopes that the organization can help even more families calm a little bit of their worry.

Wonders and Worries has locations in Austin, Williamson County and San Antonio.

They will hold a Sporting Clay Shoot benefit on Oct. 19. You can find out more and donate to the organization here.

Czerwinski will hold several upcoming events for her CD release.

Here are a few: