Kellen Burke said he's just trying to help the environment by cleaning up the Loop 360 tree decorations -- but Melanie Holtz said that isn't a valid explanation. 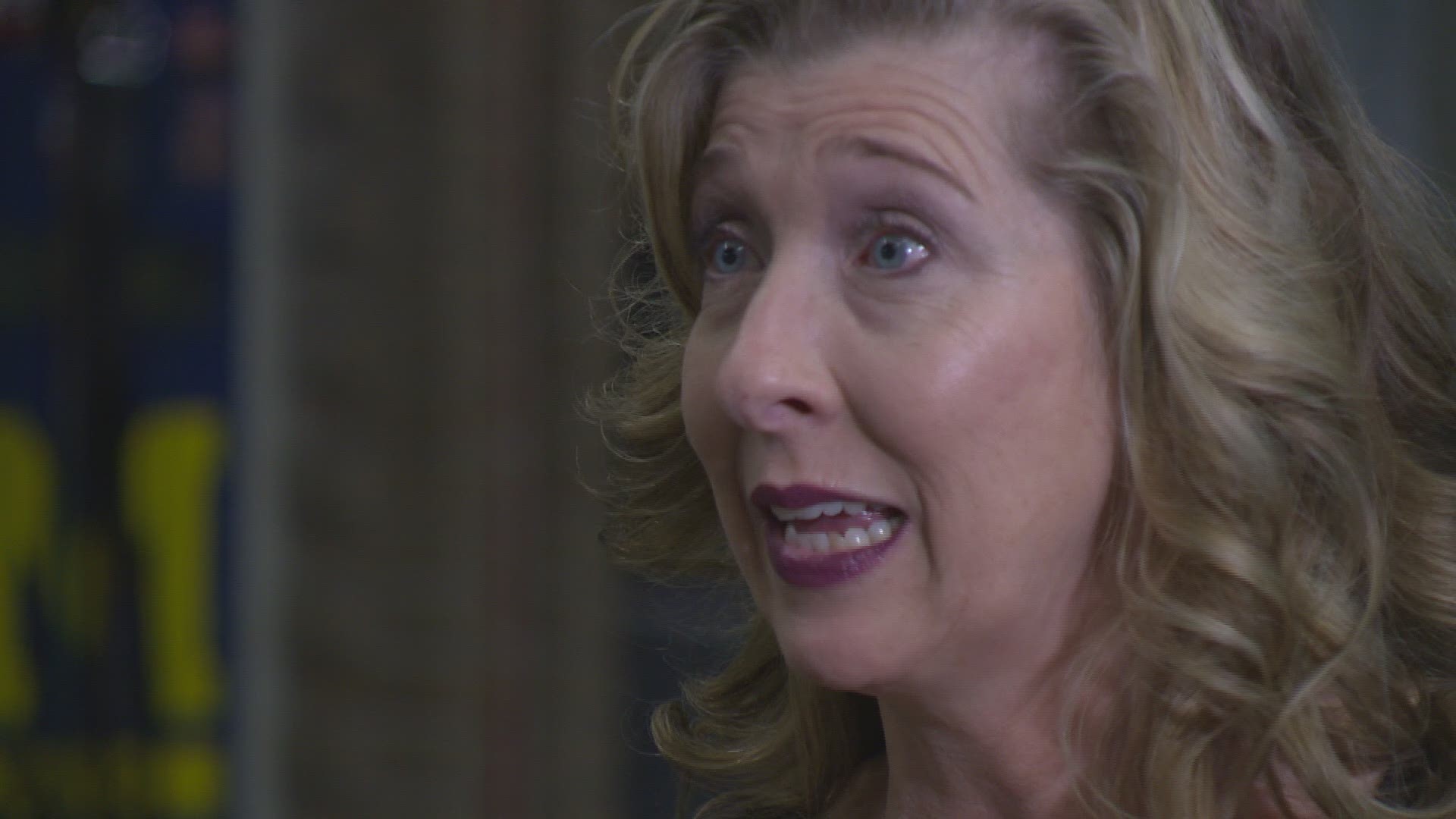 Decorating the trees is a tradition for Austinites -- one that Burke thinks should stop.

"Once you see it as litter, you're not able to see it as decorations anymore,” Burke said. "I know people make a great effort to come out and pick up afterwards, but unfortunately the month and a half that its up, there's a negative impact that happens during that time.”

Burke said he knows some people will think he's trying to be a Grinch and ruin Christmas, but he said that's not the case. He's just trying to help the environment.

But Melanie Holtz, a mother who decorates a tree on 360 every year to honor her son -- and who had those decorations stolen this year and had to redecorate -- said Burke isn't being totally transparent.

Holtz said a lot of the trash Burke has collected is from stealing stuff off people's trees -- including the Holtz family's tree, which Burke admitted in an email he had un-decorated. Holtz said in that email, Burke told her, "I encourage you to find a different way to honor the memory of your son."

"On camera, he comes across as this, you know, great guy and he's trying to do this stuff for the environment and trying to make himself look good, in my opinion," Holtz said. "And then, if you were to read the email that he sent to me, it's -- it's totally different."

RELATED: Mom redecorates 360 tree in late son's honor after someone steals the decorations

Holtz said her family cleans up their tree between Christmas and New Year's and that they take care to not do anything that harms the environment, so Burke's statements are misplaced.

Holtz shared the entirety of Burke's email to her with KVUE. You can read it below:

I saw your interview on the news and felt compelled to reach out. First, let me say how deeply sorry I am for your loss, Matt was clearly very loved. I also wanted to confess to taking down your decorations and explain my actions in hopes that it will at the very least, give you some bit of closure. I have lived in Texas my entire life and am extremely passionate about the wildlife here. I have been in Austin for the last ten years, during this time I have developed an intimate relationship with the many parks, greenbelts and water systems here. I have also witnessed the tradition of decorating Xmas trees along Hwy 360 grow along with the population. Unfortunately this tradition has a significant and negative impact on the Bull Creek Watershed, Wild Basin Natural Preserve, Barton Creek Preserve and many of the other creeks and wild habitats along that corridor. I have reached out to the Texas Parks and Wildlife Department as well as the Texas Department of Transportation. Both organizations are adamantly against this tradition but unfortunately, lack the resources to enforce the litter laws that are already in place. I have made it my mission, with the support of these two organizations, to end this tradition. I have been actively removing these decorations with other volunteers and have no intention of stopping. I am truly sorry for causing you any pain through my actions. I have no Intention of taking down your decorations again this year and I would gladly give you your decorations back, unfortunately they were donated to Savers on South Lamar. I don’t have anything against Xmas, or honoring loved ones, but I have witnessed first hand the negative impact of decorations that get broken, blown or washed away, forgotten or taken by wildlife. In mine and the State of Texas’ view, one piece of litter is not worth a Hwy full of decorations. I would encourage you to find a different way of honoring Matt, there are so many amazing volunteer opportunities during this time of year. Caritas is a local food bank and they are always looking for volunteers. I would gladly participate in any activity to honor your son, if you would allow it, other than decorating the Hwy.

I wish you and your family nothing but a happy and joyful Xmas.

RELATED: Austin's 360 holiday tree decorations -- love it or hate it?