ATCEMS said the dog, whose name is Aubrey, was barely breathing when she was rescued, but the oxygen mask 'worked amazing' and saved her life. 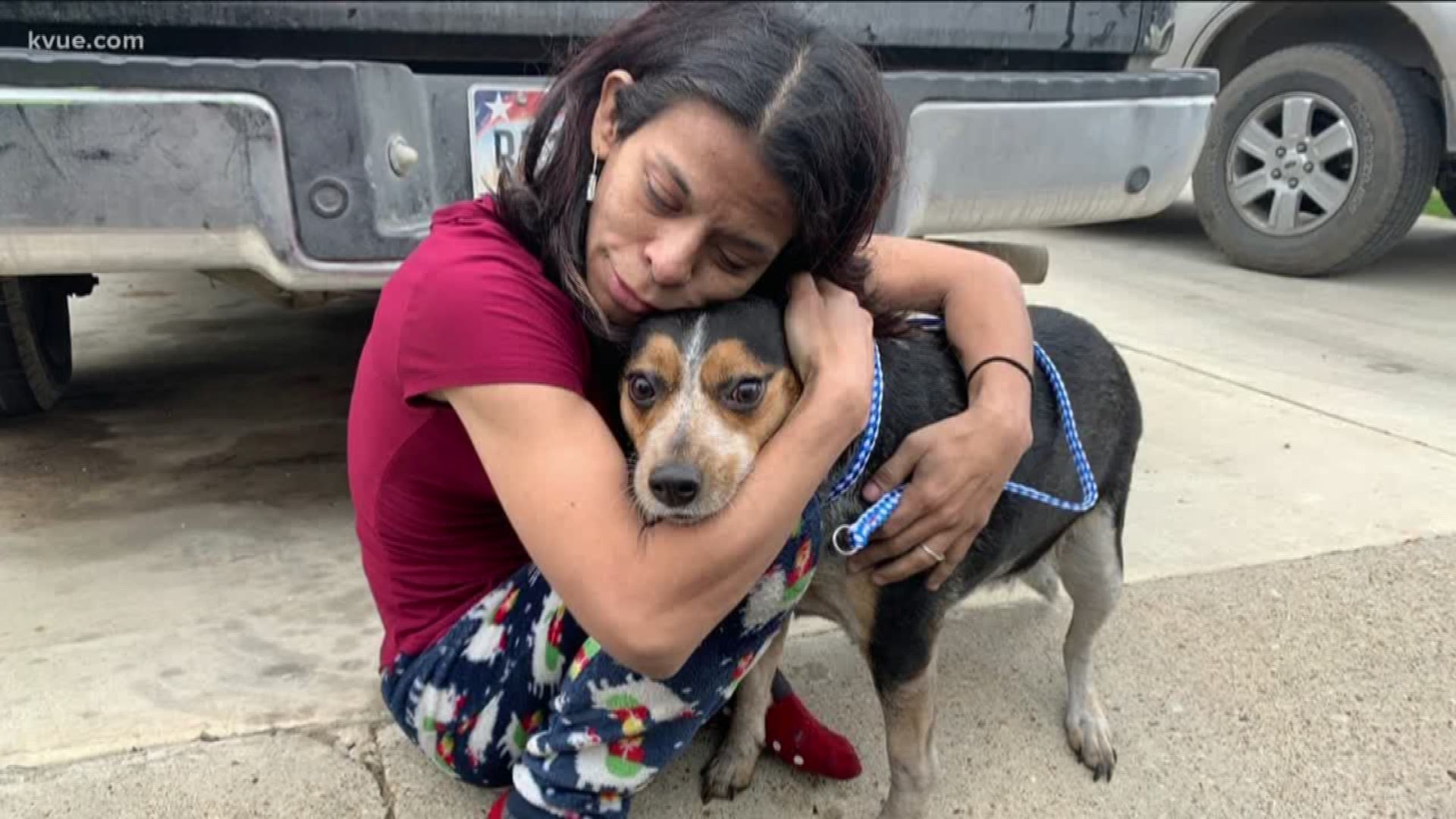 AUSTIN, Texas — Austin medics have given a dog a second chance at life.

Sunday, the Austin-Travis County EMS responded to a fire with a trapped dog inside.

Austin firefighters were able to rescue the dog from the fire and bring it to medics, who revived the dog using a pet oxygen mask.

Medics said that upon arrival on Pierce Road, it appeared everyone made it out of the house OK but there were reports two pets were still inside. Firefighters made a quick attack on the fire and a firefighter was seen exiting the front steps with a dog in hand.

"At that point, I ran over to take the dog from him and I told him that I had everything set up already," said Peter Riefel, an ATCEMS paramedic. "We were ready to go and emergency care was initiated immediately upon contact with the animal."

ATCEMS said the dog, whose name is Aubrey, was barely breathing when she was rescued, but the oxygen mask "worked amazing" and saved her life.

Aubrey made a full recovery and was "happily wagging her tail" by the end of the rescue.

"Pets are part of the family," said Riefel. "So we don't really treat it any differently. We go in and it's no different than a search and recovery on a human, you do the same thing with animals, and that's exactly what the fire departments did."

It was determined only one dog was inside the house.

"They did a clean sweep of the house and they weren't coming out until they found that animal," he said.

Riefel said he then laid the dog down on the ground out of danger to begin resuscitation efforts when the owners came over to him frantically. He said it took about six or seven minutes using a pet oxygen mask and rubbing her chest before her breathing came back. After coughing up a lot of carbon mucus, she seemed back to normal.

"After she got all that out, she responded very quickly and literally two or three minutes later you couldn't keep her down, she was up, she was going, and the owner was elated," said Riefel.