On KVUE Daybreak, Austin's mayor breaks down some topics from 'State of the City' address

Mayor Adler covered a lot of ground in his address. 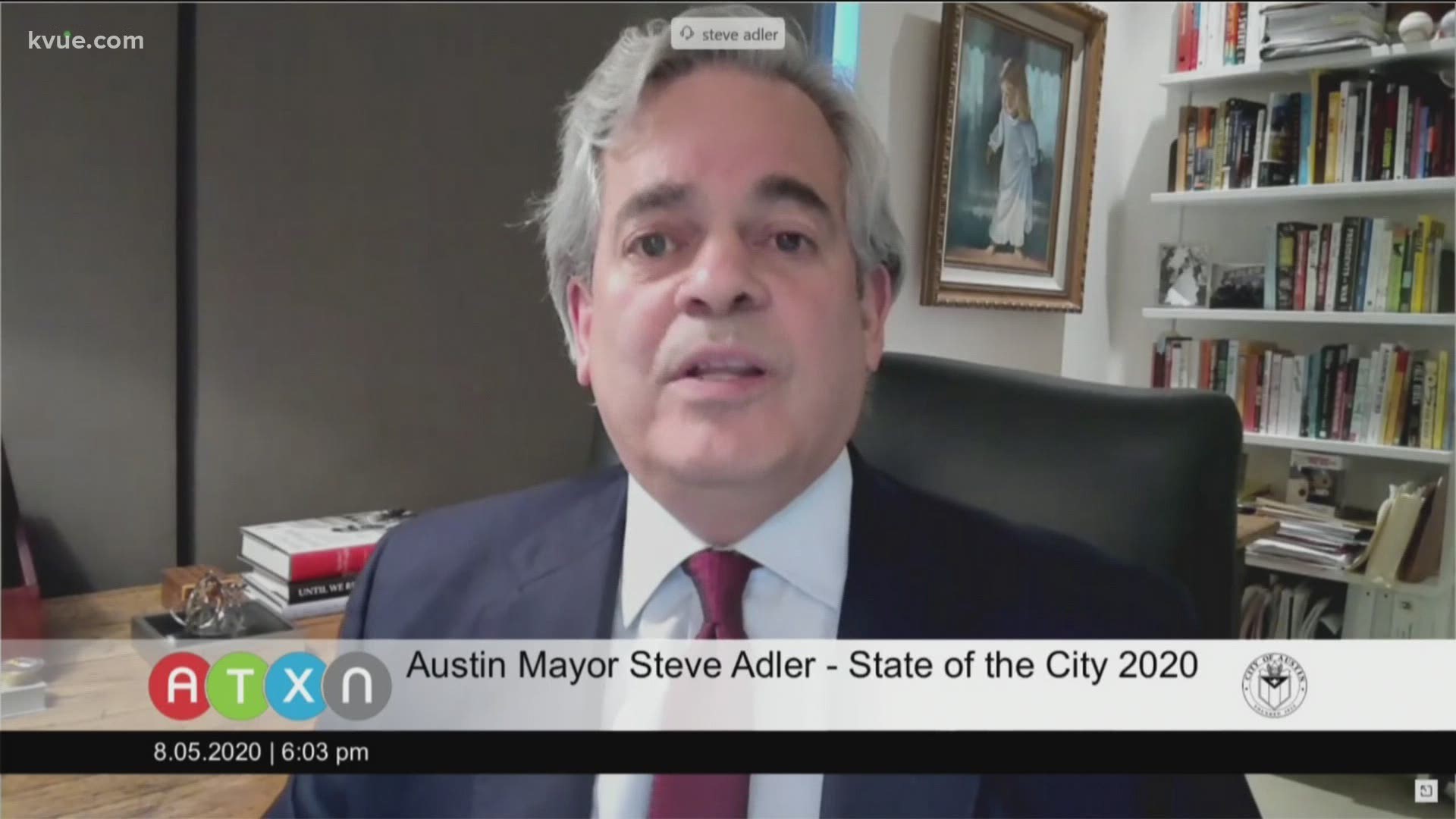 AUSTIN, Texas — The coronavirus pandemic, racial inequality and homelessness. Those were some of the topics covered in Mayor Steve Adler's "State of the City" address to Austin Aug. 5.

The next day, on KVUE Daybreak, Adler elaborated on some of those points with Yvonne Nava. If you missed Adler's address, you can watch it in full on KVUE's YouTube channel.

Adler mentioned that COVID-19 cases have plateaued in Austin. He explained how that's going to affect the reopening of schools in Austin.

During his address, Adler discussed the racial disparities in Austin when it comes to COVID-19 and homelessness. He said the city needs to look beyond cosmetic fixes.

"I think that with respect to homelessness, we know that we had a challenge coming into the virus," he said. "Obviously, that's a very susceptible community. We really stepped up. We now have five different motels where we're pulling people off the street when they have infections were isolating them. We're helping getting people into permanent supportive housing. And we have all the agencies working together as they never have before ... You can see that in Austin, we haven't had an outbreak in our community experiencing homelessness and a lot of cities have. With respect to race, we know that for first centuries in our country and for a century and a half here in Austin, we had policies that deliberately disadvantaged on purpose the Black community. And now we have to fix that."

The mayor also touched on how he thinks the Austin Police Department's policing tactics need to change. He said the community should not expect officers to be "our frontline social workers in our city."

"We want to make sure that the culture in our police department is one of having guardians as opposed to warriors," Adler said. "And that evidence is a shifted focus that's happening not only in Austin, but in cities across the country. And then the skill set that our officers have, given the responsibilities that we're asking them to do, probably a greater focus on our mental health intervention because police officers are finding themselves in that situation more and more."

The Backstory: The ammonium nitrate explosions of Texas City and West, Texas