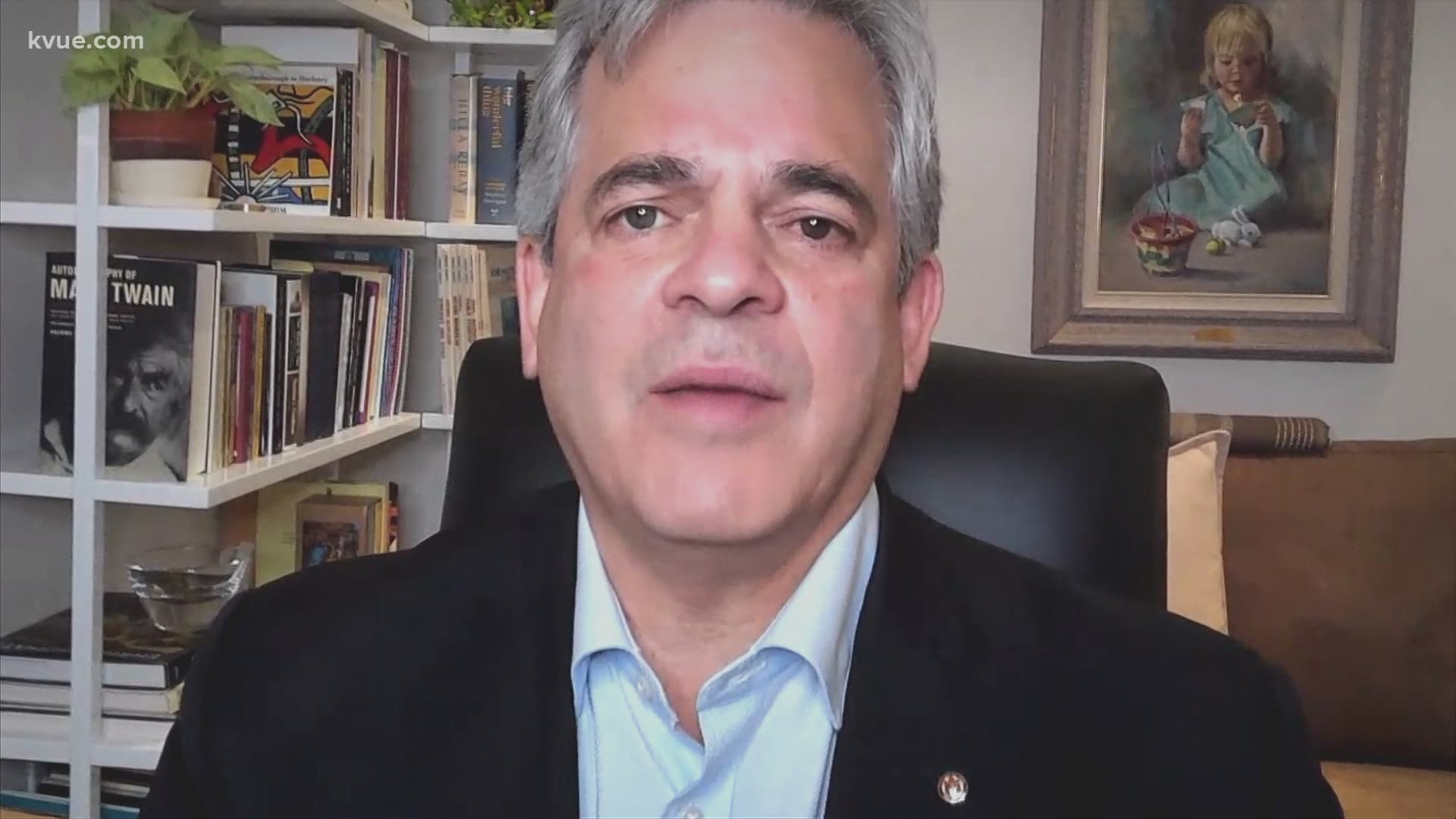 AUSTIN, Texas — From enforcing the camping ban to housing costs skyrocketing, there's a lot happening in the City of Austin.

Yvonne Nava: The City of Austin has identified 45 City-owned areas to possibly turn into designated camps for people experiencing homelessness. The list is preliminary and was met with mixed reactions from some council members because some locations are in busy parks and there are more proposed locations in Black and Brown neighborhoods. So what's the criteria for picking these areas and how challenging do you think it will be to come to an agreement on these locations?

Adler: So that was a list that was prepared by the city manager and his staff – really early list. I'm not sure any of the places that actually get chosen appear on that list. They're going to be hard to locate. I spoke against all of the sites that were in busy park areas. If we had areas in parks that no one used and were isolated, that would be something I would be willing to consider, but it doesn't look like the state legislature will leave those on the table. So it's still real early. It was just to get something down on a piece of paper, I understand, so that people could react to it and start suggesting more and different places.

Nava: And using funding from Austin's decision to reimagine public safety, the City approved an item to invest in a new family violence shelter. So tell us more about this partnership with SAFE Alliance and the help it will offer people who are, frankly, in life-or-death situations.

Adler: You know, it's one of the critical public safety issues that we face in the community. One of the ways that crime ... one of the areas that we're concerned about crime in our city is domestic violence. And the future residents of this SAFE home for domestic violence are people that live at the intersection of violent crime and homelessness. Someone that's in that position in a home where they're in danger, where they call SAFE and say, 'Help me get me to a safe place,' ... right now, we're told that there's a waiting list and we shouldn't have that in our community. And as we are platooning our public safety dollars, this was a good place for us to put it.

Nava: Many people say that multimillion-dollar shelter is only happening because of the budget cuts to APD. And we should note, the department is facing major shortages due to retirements, resignations. The June cadet class officers won't be ready to patrol until early next year. Just recently, the APD announced it's temporarily suspending its motors unit. And the Austin Police Association president, Ken Casaday, said the community will start to feel the impact of these changes over the summer. Last night, he even tweeted that it took 16 minutes to get officers to a victim who was shot in the head. So what's your response to all that?

Adler: I think there are lots of alarming things in public safety. There's a lot of things that are not, as well. Austin continues to be one of the safest cities in the country, and it's important to remember that. But we have to constantly be trying to get even safer than we are and finding the right balance in public safety between law enforcement and mental health intervention, providing safe places for people to be are all concerns that have to be balanced. But the 911 response time is critical for our city. And it's something that we're taking a look at now.

APD Case number- 211430419
Shooting Call came out at 5:35am this morning. No units available city wide for 12 minutes.
First Apd patrol unit Assigned at 5:47am
Apd made scene at 5:51am, 16 minutes after the call came out. Victim critically injured after being shot in the head.

Nava: And let's talk about the Austin housing market, it is just wild. We are seeing demand outpace inventory in the homes that are available or going for hundreds of thousands of dollars above listing. What do you feel needs to happen to help local families and keep people here in Austin? What do you think needs to happen?

Adler: Austin home prices going up is one of those good news/bad news stories. The bad news, obviously, is it's getting harder and harder to find a home that people can afford to live here. The good news is that the economy in Austin is strong. The unemployment numbers came out yesterday, or a couple days ago, and showed that Austin has one of the lowest unemployment rates in the entire country. We need more housing supply. We need more and more homes available to people so there are more homes on the market. So we don't have a group of people all bidding on a single home. We really need to get the land development code revised in a way that, at this point, could bring along the entire council.

Nava: Switching gears to ACL back this year -- tickets went really fast. Between city events like ACL, Pride – they're slowly bouncing back. Anything you'd like to add as we return to what looks like more 2019 Austin when it comes to masking or vaccines or just events in general?

Adler: It's good to see that events are coming back. The ACL lineup, we have Austin FC, the soccer team, about to open the new big stadium. It's great to see we have a vaccination that works. The community and our city should be proud. We have gone through the pandemic thus far with a mortality rate that is less than half of the state mortality rate. But we still have people in our city that have not been vaccinated yet and we need to do a better job of getting everybody vaccinated so that everybody is protected.